John Jay Smith, 60, has been charged with four felonies for threatening a group of Egyptian exchange students

A man has been charged with aggravated assault after he threatened four Egyptian exchange students outside of a Florida McDonald’s.

John Jay Smith, 60, was arrested on Wednesday in St Augustine after he allegedly threatened the group of men he believed to be of Muslim or Middle Eastern descent with a switchblade and a stun gun.

He also reportedly yelled: ”Get the f**k out of here, you don’t deserve American food.’

The report also indicates that the 60-year-old may have been intoxicated during the incident, and that his comments were religiously motivated.

A spokesperson for the St John’s County Sheriff’s office said Smith may be also slapped with hate crime charges. 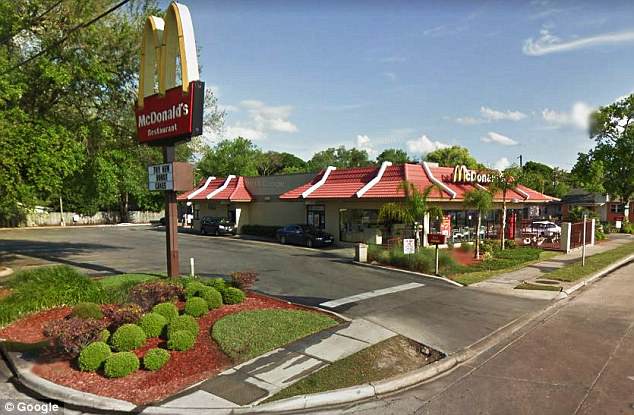 The incident occurred Wednesday in a McDonald’s parking lot in St Augustine, Florida, above 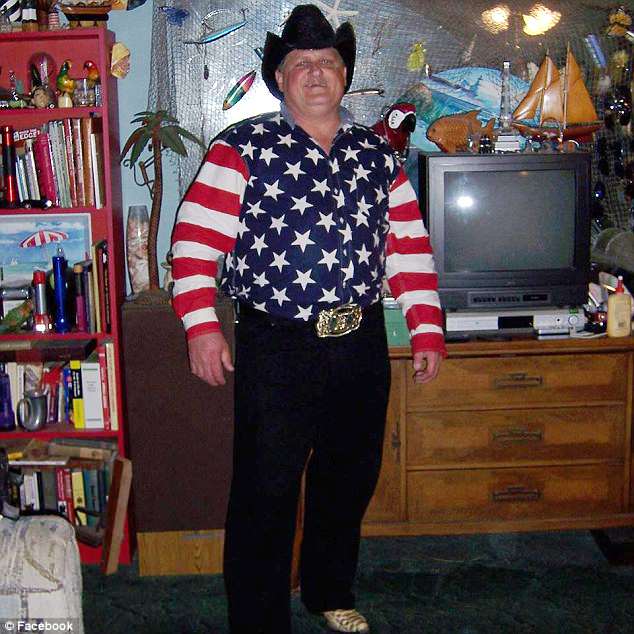 Smith reportedly yelled: ”Get the f**k out of here, you don’t deserve American food’ at the men

The four Egyptian exchange students between the ages of 18 and 23 told authorities that when Smith confronted them they quickly retreated to their car, but Smith followed them.

Police say Smith then pulled out a stun gun, which he referred to as his ‘zapper’, and stuck his arm inside the vehicle to try to use it on one of the men.

One of the victims, Omar Abdelmoaty, told the Washington Post: ‘We thought we were going to die.’

While attempting to escape from the confrontation the driver backed into a pole in the parking lot, causing minor damage to car’s rear bumper.

Deputies soon arrived on the scene and interviewed Smith, the victims and a restaurant employee.

When Smith was placed in a squad car he reportedly claimed that his son was a Marine killed in Afghanistan, saying: ‘they killed my son.’

Authorities have not been able to confirm if those claims have any validity.