Florida man says a roach crawled inside his ear and laid eggs, and then ‘I heard it die in my head’

A Florida man has recalled the horrifying moment he woke up and realized there was a live cockroach in his ear.

Blake Collins, 25 of Tallahassee, Florida, told the Tallahassee Democrat: ‘I could hear his legs inside me. It felt like someone was shoving a Q-tip all the way inside my head and there was nothing I could do to stop it.’

He went to the emergency room at Tallahassee Memorial Healthcare, where the doctor treated him by using a syringe to shoot the painkiller lidocaine into his ear canal where the roach had already laid eggs.

‘I heard it die in my head,’ Collins said. ‘When he poured the lidocaine in, I could feel him go super, super fast, kicking and try to dig its way out, and a faint little squeal and then two minutes later, it just stopped and he died.’

Blake Collins, 25, will be moving to a new apartment after the roach crawled into his ear 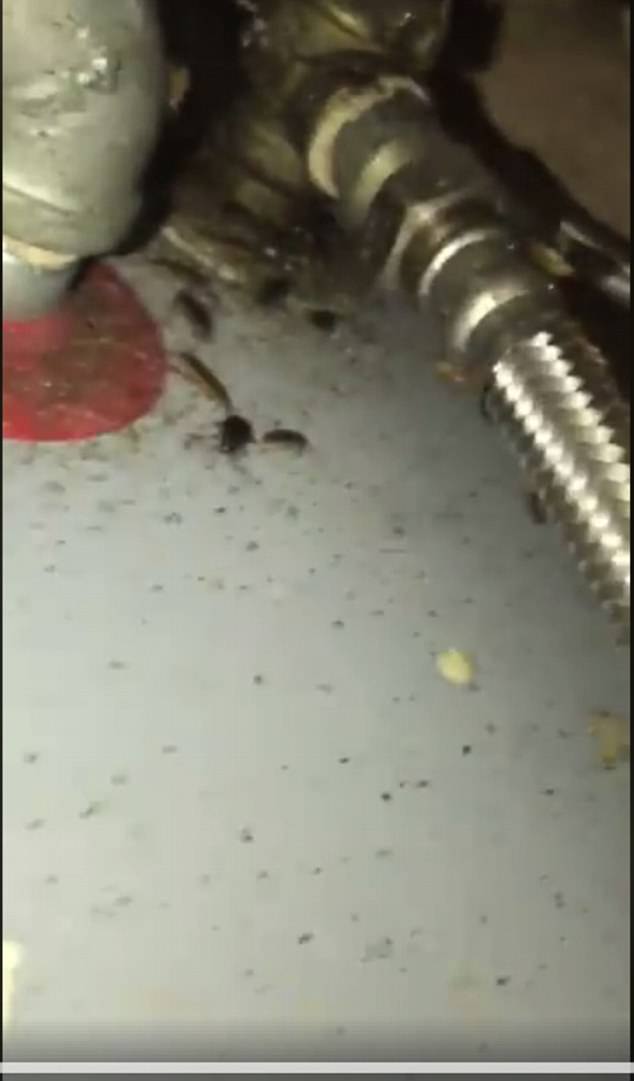 Homophobia comes in different forms. I have repeatedly complained about the roaches in our apartment. This video has been taken after 3 days of vacuuming up every roach I could find all over my house. I haven’t slept. We wake up with roaches crawling on our body. I have called corporate and still our property manager refuses to do anything about the roaches. She got worse about not having our stuff fixed after she made us provide proof that we were married by giving her a copy of our marriage license. She forces us to live in filth and a roach infestation because it is very clear to me that she thinks that we deserve this. I very rarely ask anyone for help but if anyone knows what I can do message me. You cannot force us to live like animals Janelle Newton at Campus Walk Apartments

Collins says that roaches have been a problem since he and his husband Samuel McGee moved into the apartment three years ago.

He said that roaches came out of light fixtures and swarmed his dog’s bowl within minutes, and that his repeated requests for attention from building management went unanswered.

Collins even posted a video on his Facebook page showing the horror under his sink. 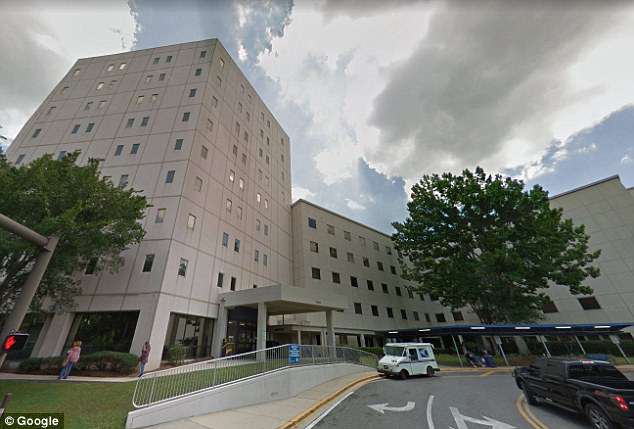 The doctor at Tallahassee Memorial Healthcare was able to get the roach out of Collins’ ear after it died. 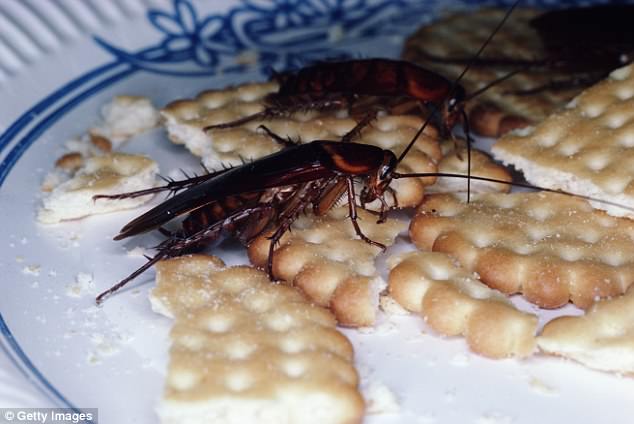 Roaches, like in this file photo,  spread germs and bacteria everywhere they go

But once this happened, they’d had enough, ‘Bugs crawling and dying in your ear — that’s something that happens to corpses, not human beings,’ Collins said.

The building management has not commented on the situation.

Meanwhile Collins and his husband have broken their lease and are moving to a new apartment which they call ‘amazing’. 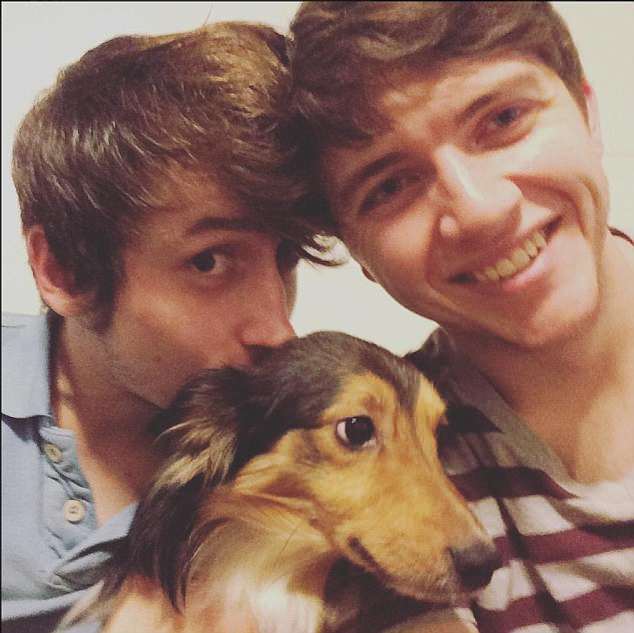