A man was tasered by cops after he shone a laser at planes landing at a Florida airport leaving one pilot temporarily blind and then hurled rocks at a police helicopter.

Charlie James Chapman Jr, 41, ‘grabbed a hammer and swung it at officers’ as they surrounded him at Sarasota-Bradenton International Airport.

Video footage released by Manatee County Sheriff’s Office shows a man on the ground pointing a powerful green laser at a police helicopter.

Charlie James Chapman Jr, 41, is accused of resisting arrest by swinging a hammer at officers as they surrounded him at Sarasota-Bradenton International Airport

The suspect can be seen hurling rocks towards the aircraft before cops on the ground surround him.

A statement from the force says the helicopter spotted Chapman on a forklift and requested officers on the ground to surround the location.

Officers tasered Chapman when he ‘grabbed a hammer and made a striking motion’ towards them, the statement adds, and a laser pointer was found in his right pants pocket after he was arrested last Wednesday. 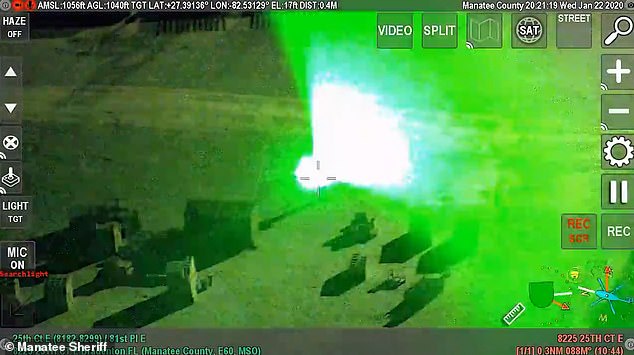 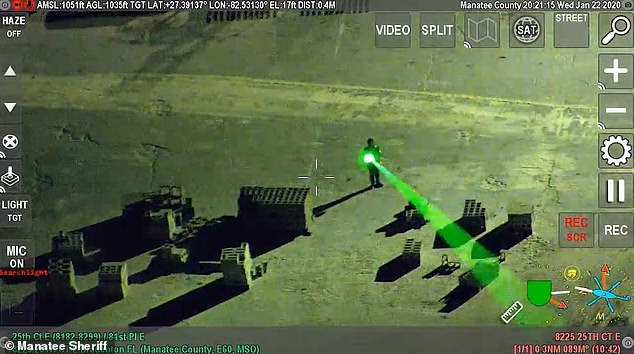 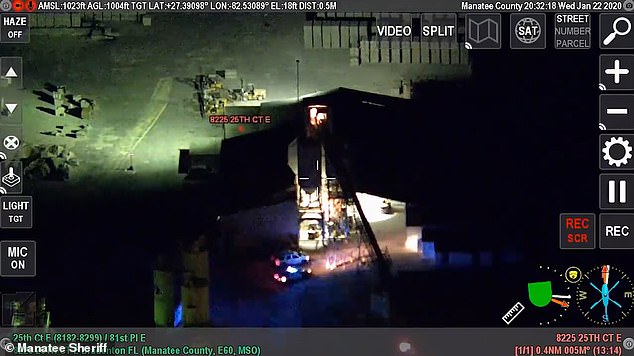 The police statement says: ‘Chapman shot his laser pointer on a fixed wing plane four times and one time at the MCSO helicopter,’

One of the pilots says the laser caused him to go temporarily blind when it was shone directly into his eyes and he is still suffering from blurred vision.

Chapman is being held in the Manatee County Jail. 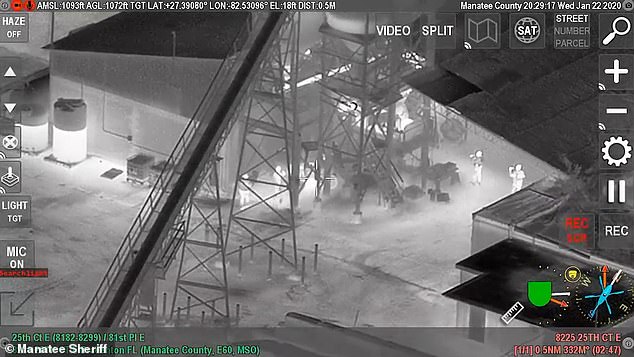 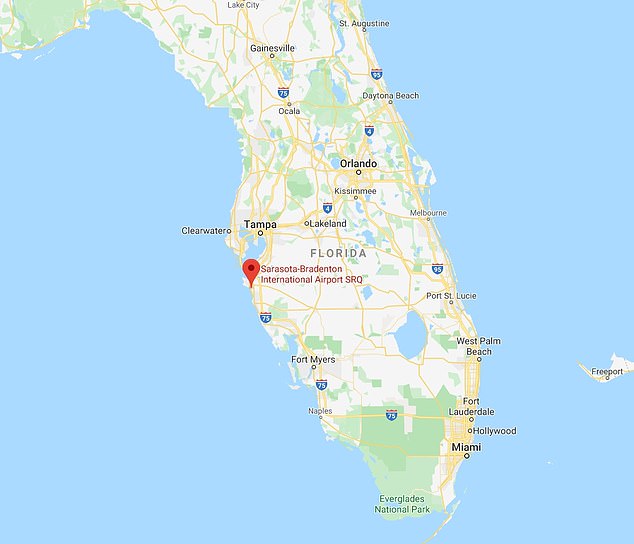 Chapman was arrested on Wednesday after a laser was shone at planes coming in to land at Sarasota-Bradenton International Airport in Florida, leaving one pilot temporarily blinded