A Florida man has been arrested for allegedly going on a murderous rampage that claimed the lives of his girlfriend and their 11-year-old daughter, during which he was heard screaming ‘Allah Akbar’ and ranting about ‘demons.’

Ronnie O’Neal III, 29, has been charged with two counts of first-degree murder, and one count each of attempted murder, arson and resisting arrest.

According to a detailed incident reported released by the Hillsborough County Sheriff’s Office, at around 11.43pm on Sunday, the county’s emergency dispatch center received a 911 call from a woman, later identified as Kenyatta ‘Keke’ Barron, 33, repeatedly pleading for help and saying she had been shot. 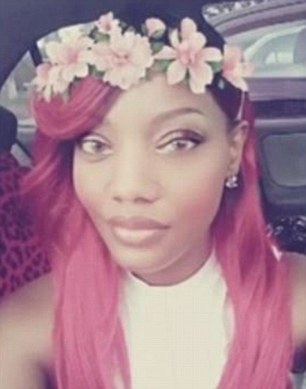 Deadly rampage: Ronnie O’Neal III (left), 29, has been charged with shooting to death his girlfriend, Kenyatta ‘Keke’ Barron (right), 33, fatally stabbing their daughter and injuring their son in Florida 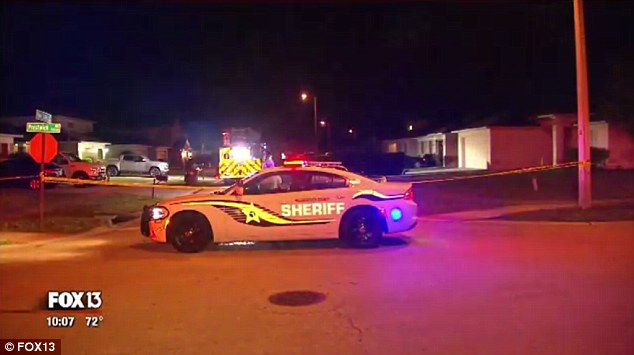 Barron called 911 saying she had been shot and summoned deputies to 130000 block of Pike Lake Drive in Gibsonton, Florida, on Sunday night

As she was trying to provide an address to the dispatcher, a male voice apparently belonging to O’Neal could be heard in the background yelling, ‘Allah Akbar,’ which means ‘God is greatest’ in Arabic.

O’Neal identified himself on Facebook as a member of The Nation of Islam, according to Fox 13.

Barron told O’Neal, ‘I’m so sorry, Ronnie’ and then began screaming. The call ended after O’Neal uttered cryptically, ‘she killed me,’ then directed a neighbor to call 911.

He added: ‘Her name is KeKe and she tried to kill me and I just killed her.’

O’Neal gave the dispatcher an address of a house in the 130000 block of Pike Lake Drive in Gibsonton, Florida.

The dispatcher asked the male caller if KeKe tried to attack him, and he replied: ‘yes, she tried to kill me!’

Deputies arrived at the scene to find Barron lying unresponsive on the front lawn of the house on Pike Lake Drive, which O’Neal allegedly set on fire while responding paramedics were trying to render aid to the dying woman. 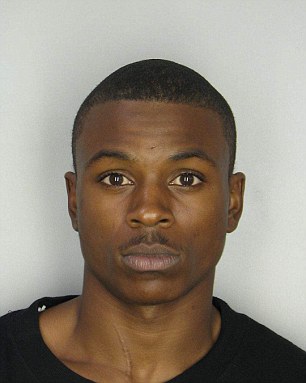 O’Neal told a 911 dispatcher he had been attacked by ‘white demons,’ one of whom was his girlfriend ‘Keke,’ whom he ended up killing. Barron was later found dead in front of her house 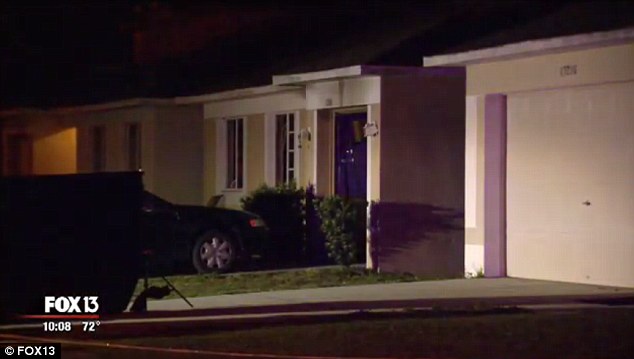 O’Neal allegedly set the house on fire, which left his wounded son with burns

The officers then forced their way inside the house, at which point the door of the garage opened and a blood-spattered Ronnie O’Neal walked out and headed towards the deputies.

They gave O’Neal multiple commands to stop and get on the ground, but he ignored them, prompting the officers to Taser him.

O’Neal was bundled into the back of a patrol vehicle, where he began repeating, ‘Allah Akbar.’

Meanwhile, deputies turned their attention back to the burning house and found inside Barron and O’Neal’s nine-year-old son, Ronnie O’Neal IV, suffering from burns and multiple stab wounds.

A further search of the residence led officers to the body of Barron and O’Neal’s 11-year-old daughter, later identified as Ron’Niveya O’Neal. She was pronounced dead at the scene. 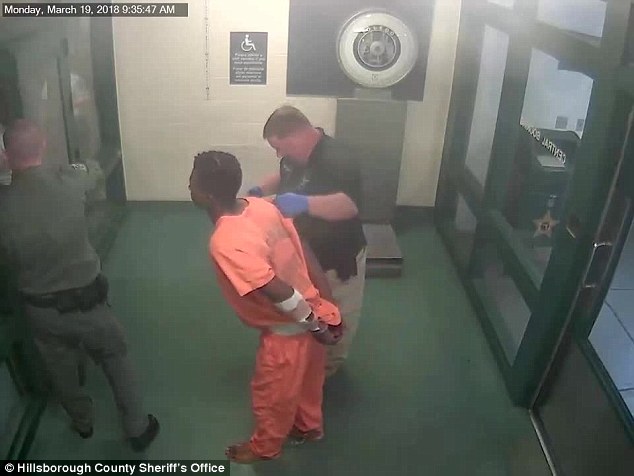 While medics were administering first aid to the boy, he stated, ‘my father shot my mother.’ He was later transported to Tampa General Hospital, where he underwent surgery and was listed in stable condition.

O’Neal made his first court appearance  on Tuesday. He was being held at the Hillsborough County Jail.

The father-of-three had past criminal history, which included charges of marijuana possession and driving without a license, reported Tampa Bay Times.

Speaking to Fox 13, Barron’s cousin Angela Gaudette described the victim as a loving mother who did all she could for her children, and an all-around sweet person.