Sarah Wilmoth, 30, entered a Publix store in Vero Beach to steal cosmetics and toilet deodorizer as her baby son cried alone in her car January 13

A Florida mother was arrested after she abandoned her baby in a cold car to shoplift several items from a local supermarket.

A couple in the parking lot of Publix in Vero Beach called the cops on Sarah Wilmoth, 30, who was raiding the store for cosmetics and toilet deodorizer at the time her crying child was spotted alone in the back seat of her SUV January 13.

Wilmoth’s arrest report said police broke into the vehicle, where the woman’s son was hysterical.

Emergency officials were called to the scene to further care for the child.

During a license plate search, authorities tracked Wilmoth – who was then alerted over the store intercom to come to the front counter.

When the mother walked out of the store and saw EMS with her baby boy, she apparently screamed out: ‘Oh my God! That’s my son!,’ seemingly in shock, according to the Miami Herald.

‘My cousin was in the car with my baby and I don’t know where he ran off to and why he would leave my son alone,’ Wilmoth claimed. 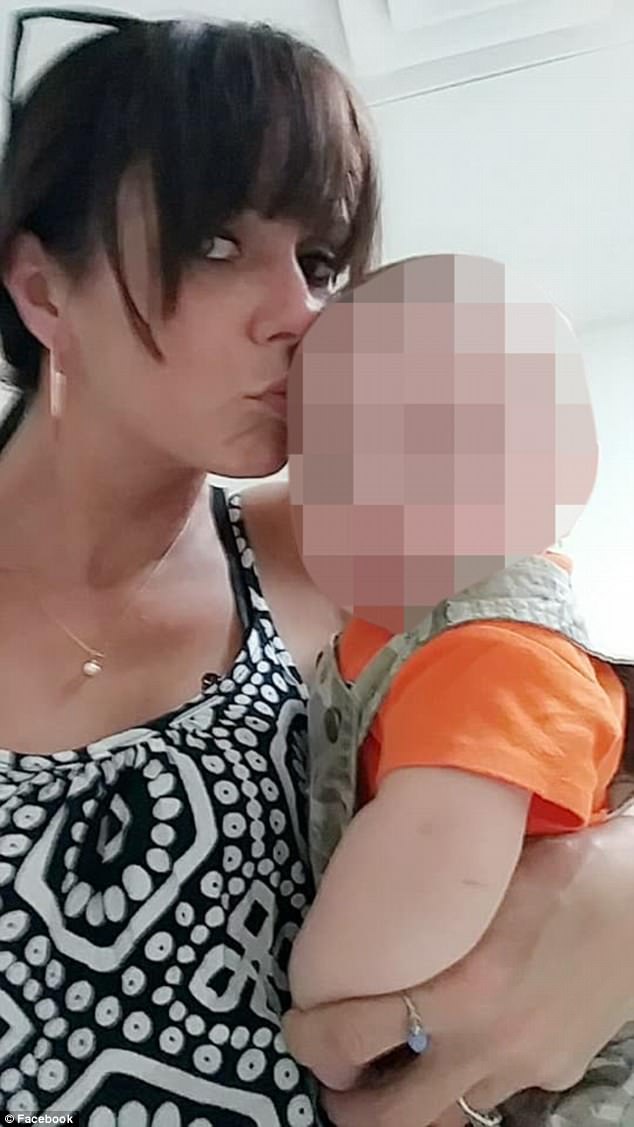 A couple in the parking lot of Publix in Vero Beach called the cops after they saw the child crying in the backseat of the car, alone and in the cold 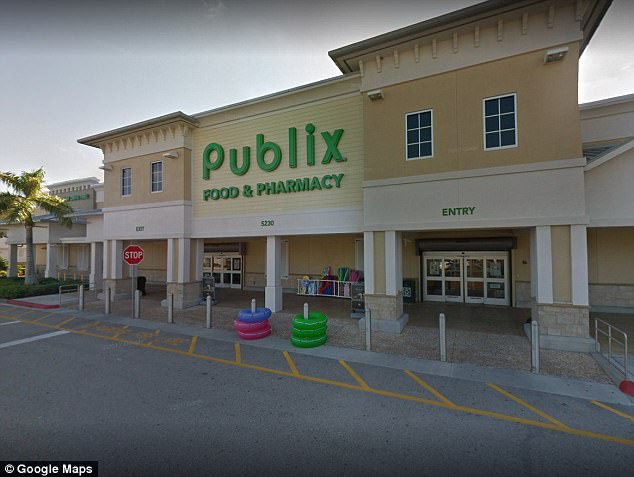 Following her fib about her fleeing cousin, Wilmoth told police her son had fallen asleep and assumed it was safe to let him be for a few moments while she shopped around.

While searching Wilmoth, police discovered ‘a clear rocky substance and a crack pipe’ under her clothing.

Wilmoth admitted the drug was methamphetamine laced with cocaine. It’s unclear whether she used the substance prior to the poor judgement incident.

Meanwhile, found stuffed in her bra, were several stolen items from the supermarket. 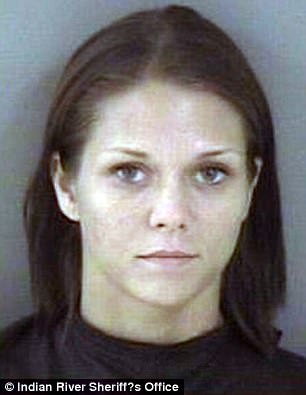 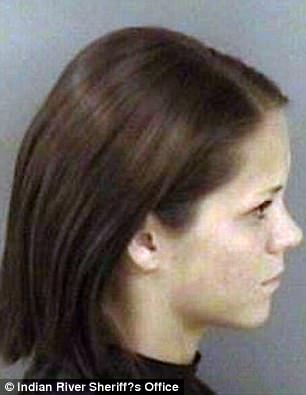 Wilmoth has been charged with child endangerment, meth possession and shoplifting

They included a tube of face cream, clear nail polish, Opi Pinking of You pink nail polish, Poo Pourri Before-You-Go spray and Chanel No. 5 perfume, according to the Herald.

The mother was charged with child endangerment, meth possession and shoplifting.

The Vero Beach-born mom is pictured on Facebook smiling with her baby son, older daughter and boyfriend.

During the holidays in December, Wilmoth took to her page to share a snapshot of her children side-by-side.

‘My babies at church this morning!!,’ she wrote in the caption. 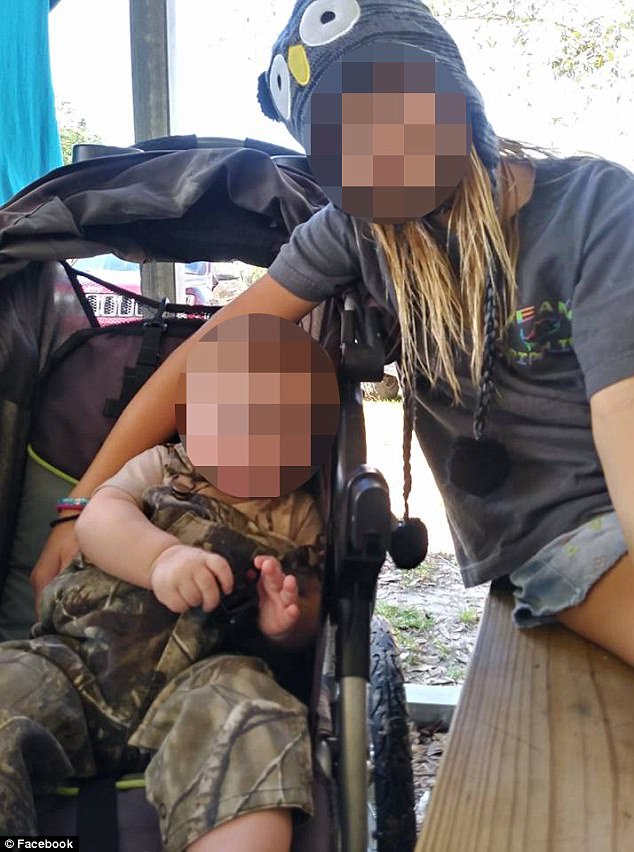 ‘My babies at church this morning!!,’ Wilmoth wrote in the above photo caption in Decemeber 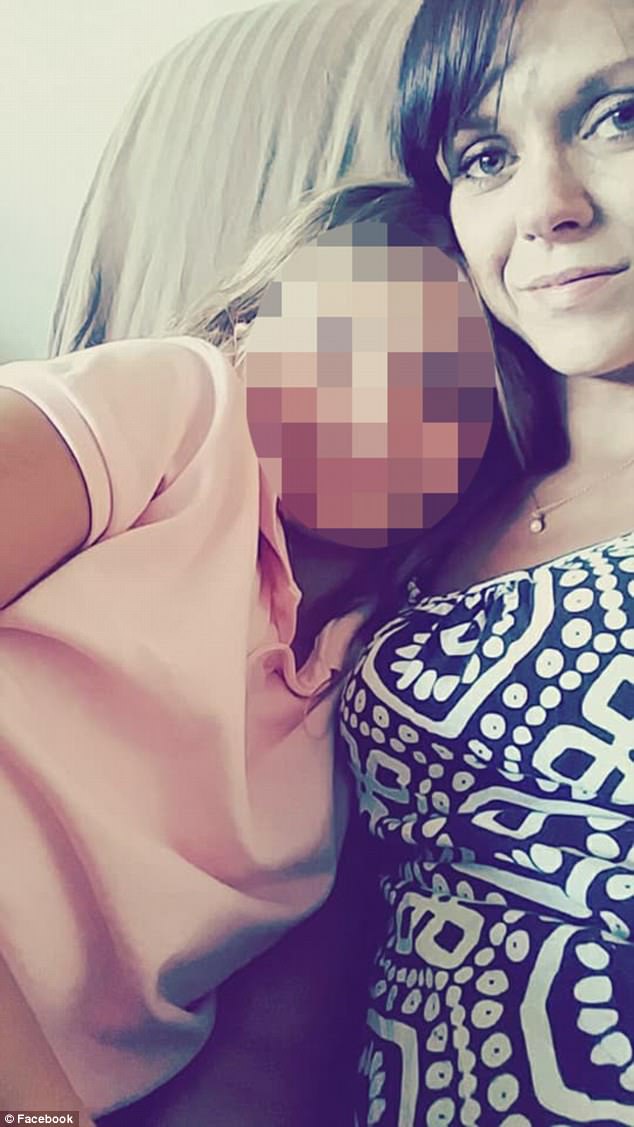 She also is shown with her boyfriend, who was not with her at the time of the incident