Florida nine-year-old arrested for ‘attempting to murder his five-year-old sister by stabbing her multiple times while shouting “die, die”‘

The boy claims the thought of killing his sister came into his mind a few days previously and he couldn’t stop thinking about it. A judge has ordered an immediate psychiatric evaluation.

His sister was airlifted to hospital but is said to have been alert and conscious after the attack.

A 9 y/o boy is at the Marion Juvenile Detention Center after @ocalapd say he stabbed his sister multiple times.

It happened at the Berkeley Pointe Apartment complex yesterday.

We’ll tell you what charges he’s facing ahead at 6:30 a.m. @news6wkmg pic.twitter.com/zTGczqcQna

The nine-year-old boy was arrested on Monday afternoon shortly after 4.30pm after police found him hiding in a maintenance shed at the Berkeley Pointe Apartments, Ocala, Florida, where he lives.

He is said to have been in his family’s apartment with his mother and sister when his mother left the children alone for ten minutes to get the mail and to pick up some candy from a neighbor.

According to the arrest affidavit, the boy allegedly grabbed a kitchen knife, hiding it behind his back as he went into his bedroom to his five-year-old sister.

He grabbed the five-year-old by the back of the neck while she was bent over and began stabbing her saying ‘die, die’, according to WFLA.

The boy was interrupted by his mother returning. She grabbed the knife away from him and called 911.

Police later found the boy hiding in a maintenance shed in the apartment complex. He had immediately fled the scene after his mother’s intervention.

When police asked him why, he replied that he ‘wanted to be able to go outside’.

A nine-year-old boy allegedly stabbed his five-year-old sister while their mother left them alone to check the mail in their apartment in Berkeley Pointe Apartments, Ocala, Florida 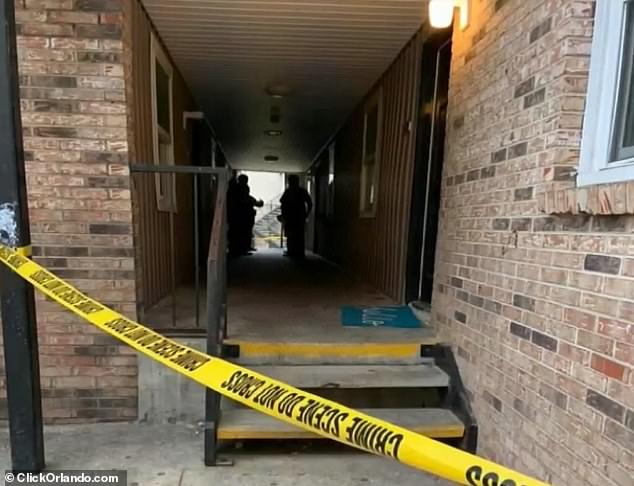 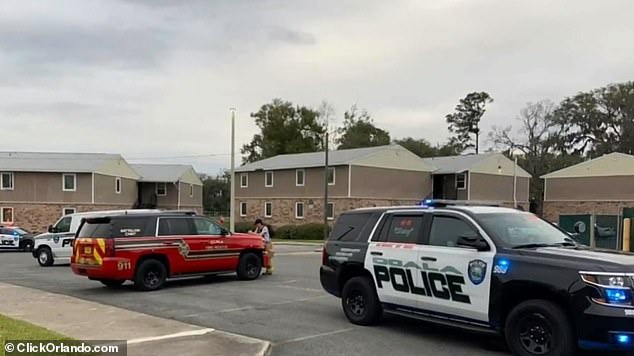 The five-year-old girl was airlifted to Shands Hospital in Gainesville with multiple stab wounds. An update on her condition has not been released but she is said to have been alert, responsive and able to talk when police arrived.

According to ClickOrlando, her brother appeared before a judge on Tuesday morning and a public defender was appointed to represent him.

The boy is to remain in secure detention at Marion Juvenile Detention Center and the judge also ordered he undergo an immediate psychiatric evaluation.

The nine-year-old’s name is not being released because of his age.

He will appear back in court on February 5 at 9 am facing an attempted first-degree murder charge.