A Florida man has been sentenced to life in prison for killing his parents and brother because prosecutors say he was angry they cut off his relationship with a model he met on an adult website.

The 12 jurors didn’t unanimously choose the death penalty for 30-year-old Grant Amato on Monday, meaning he instead will receive an automatic life sentence.

Seminole County deputies say Amato had stolen $60,000 and guns from his brother to talk to a Bulgarian woman he met online.

Investigators say Grant also stole $150,000 from his father, including a loan taken out on his parents’ house.

Authorities say Amato sent the woman over $200,000 in a three-month period.

It was determined Grant shot his parents, Margaret and Chad Amato, along with his  brother Cody one-by-one as they arrived back to their Seminole County home following a stint in a sex addiction rehab clinic and being told to get a job to pay relatives back.

Surviving brother Jason Amato cried and hugged loved ones after the verdict was announced earlier this month. 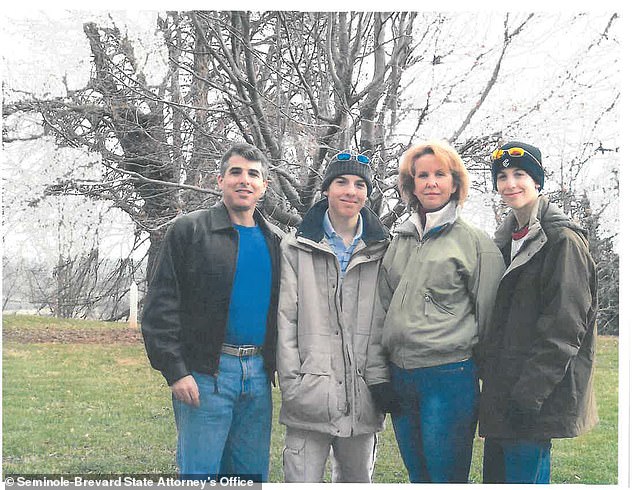 Grant killed his brother Cody, 31, and his parents on January 25, two weeks after leaving sex rehab 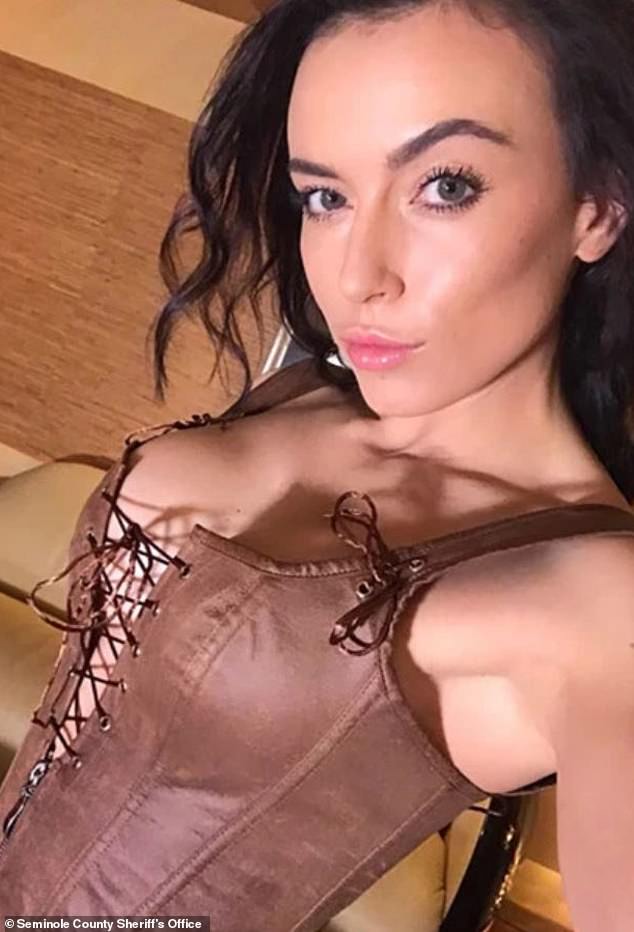 It was after his dad and brother revealed to webcam girl, Sylvia Ventsislavova, who he was obsessed with, that he wasn’t as financially successful as he had claimed since last July

Grant was arrested for stealing propofol from his nursing job last June before he made contact with Sylvia Ventsislavova on an adult website last July.

He would send her lingerie in exchange for seeing her wear or use the items.

It was on January 25 Grant used an IWI Jericho 941 handgun owned by his and his brother Cody’s best friend Blake Turpin.

Two friends testified against him after seeing a note Grant said that he wrote but it appeared to be written from his brother, Cody’s point of view. It was found in Grant’s car and appeared to be pleading. 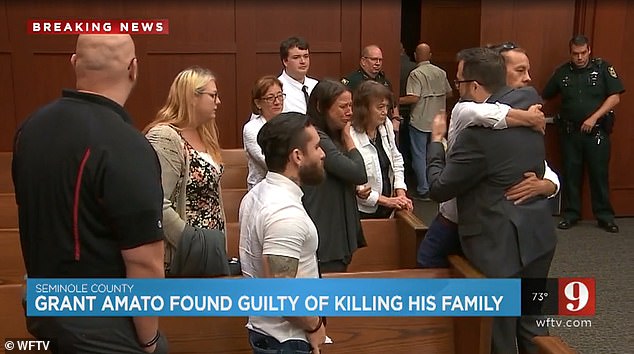 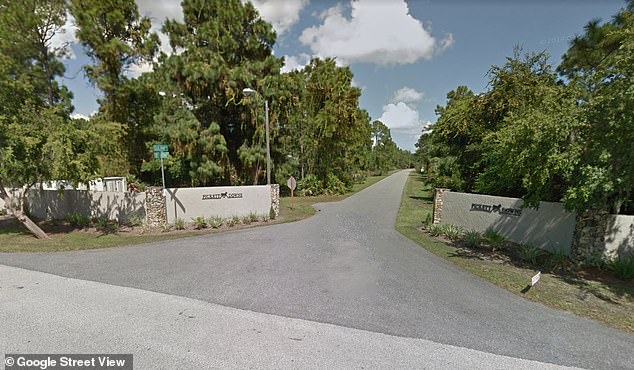 During closing arguments at the start of Augus, images of Sylvia were projected onto a screen in court and Assistant State Attorney Domenick Leo told the jury about that moment: ‘I know some of you looked at him. I know what some of you saw, because I saw the same thing. He was transfixed on that woman.’

Leo said about his infatuation with Sylvia during closing arguments: ‘Grant fell in love with a woman named Silvie. Not only did he fall in love with her, he became obsessed with her – to the point that she’s all that mattered.’

The prosecution claimed Grant had presented himself as financially successful and ‘had to devise a way to get Silvie back’ after his family ‘blew up his spot’ by exposing his lies while he was being rehabilitated between last December 22 and January 4. 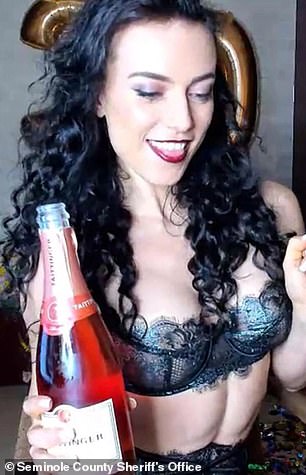 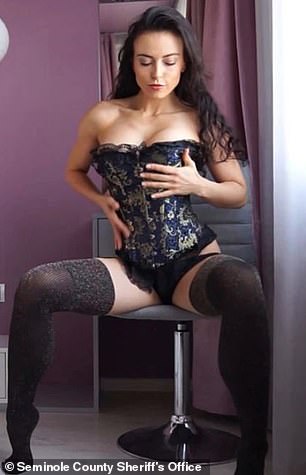 Prosecutors said ‘Grant fell in love with a woman named Silvie. Not only did he fall in love with her, he became obsessed with her’. Grant stole $200,000 from his family to buy Sylvia sex toys and lingerie 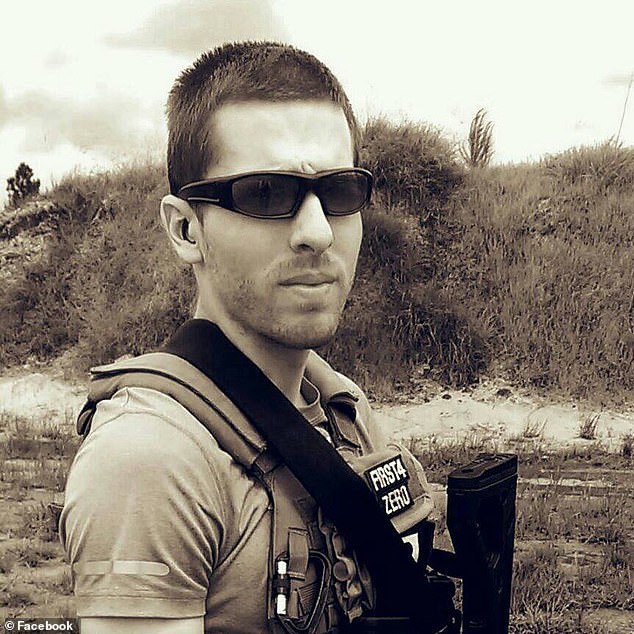 Prosecutors claimed that Grant used an IWI Jericho 941 handgun owned by his and his brother Cody’s best friend Blake Turpin, who was present in court 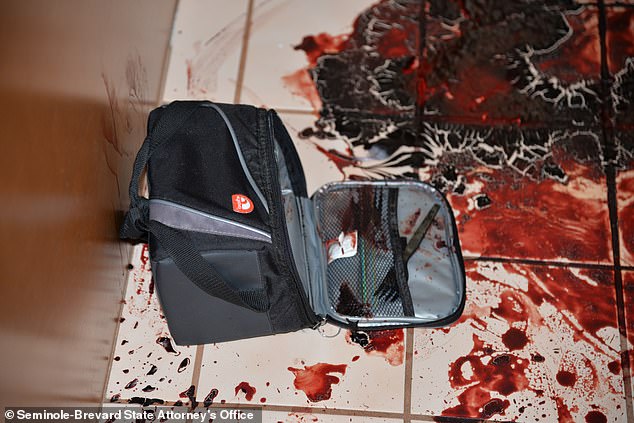 Chad Amato’s lunchbox lies in blood in the family’s kitchen, feet away from where his body was discovered

He checked into the Fort Lauderdale facility two days after his family reported him missing and expressed concern he was depressed and trying to harm himself.

It was claimed Grant used his dead father’s fingerprint to access a USAA banking app on his killed brother’s phone and add his own PNC bank account.

While Amato’s lawyer, Jeff Dowdy, argued there wasn’t any blood on Grant when he was found, despite the scene being a bloody mess, prosecutors said Grant’s medical job at AdventHealth Orlando helped him cover up and stage a murder-suicide. 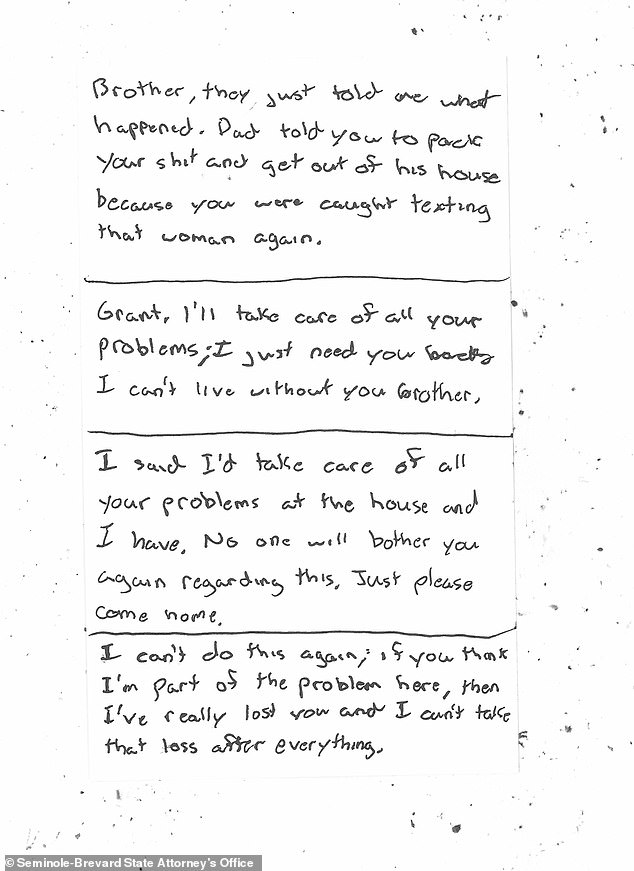 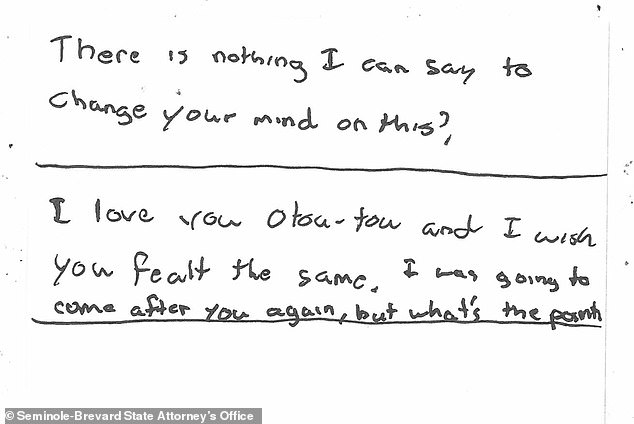 Grant’s parents were worried he was depressed and would harm himself. Pictured is a note Grant said he wrote but it appears to be from Cody’s point of view 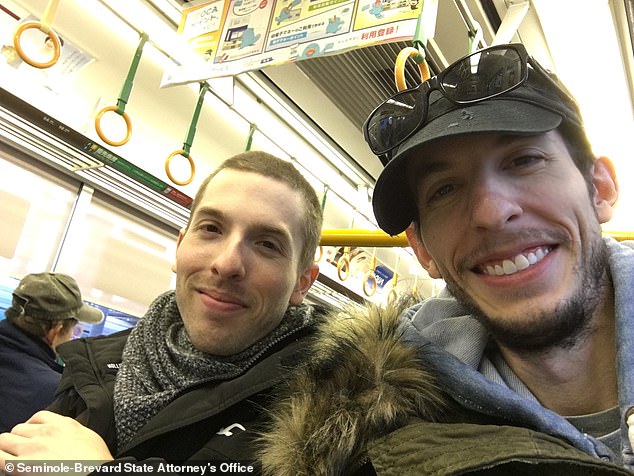 Grant Amato, right, poses with his brother Cody during a trip to Japan in December

It was argued Grant saw his father and brother as obstacles but his mother was simply as he carried out the murders.

After the family had cut him off from the WiFi connection, Grant used a Publix login to speak to Sylvia when ‘his parents’ and brother’s bodies [weren’t] even cold,’ Leo told the court.

He was found by authorities with his passport in possession and prosecutors believe he wanted the webcam woman to invite him to Bulgaria. 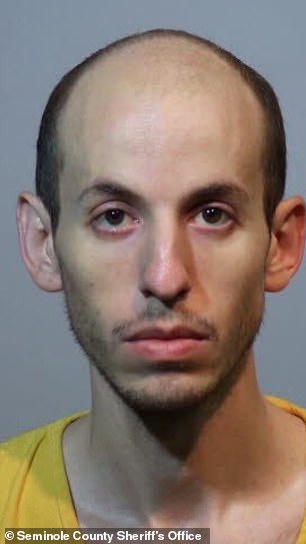 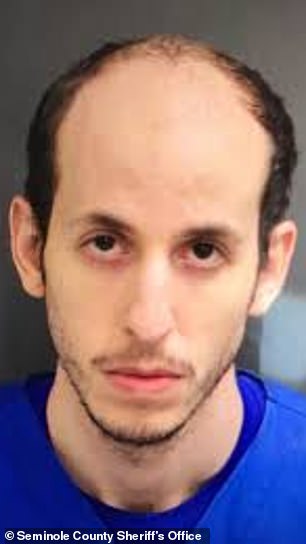 Grant was found with his passport on him and authorities believe he planned to flee to Bulgaria. His family was concerned he was depressed and wanted to harm himself before the murders