Florida nurse, 32, who was struggling to cope with coronavirus pandemic is found dead in his car

A Florida nurse who had been struggling to cope with the coronavirus pandemic was found dead in his car from a suspected drug overdose, his family has revealed.

William Coddington, 32, was found dead in a hotel parking lot in Deerfield Beach, Florida on the morning of April 25.

Coddington worked at the intensive care unit at JFK Medical Center in West Palm Beach and had been trying to cope with the trauma of treating patients with the deadly virus.

His mother Carolyn told Reuters her son was rattled by seeing so many patients his age die and was scared about how little personal protective equipment he had.

She said Coddington would have nightmares about alarms going off on ventilators in the ICU and suffered from the social isolation imposed by the pandemic.

His family revealed the nurse was on the upswing of a decade-long battle with opioid addiction and other substance abuse and was committed to his recovery.

William Coddington, 32, was found dead in a hotel parking lot in Deerfield Beach, Florida on April 25 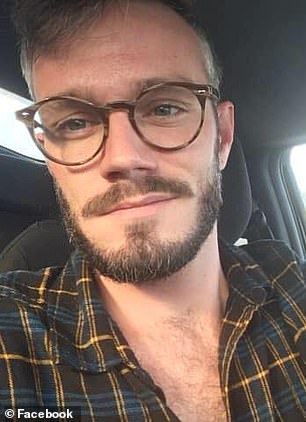 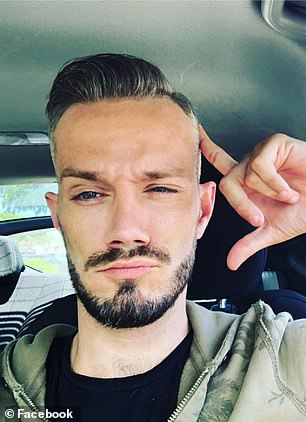 Coddington relied on 12-step meetings to stay sober, but after one virtual video gathering, he told his mother it was not as helpful.

‘He couldn’t meet with his sponsor,’ she said. ‘And his friends, nobody wanted to see him because he worked in a hospital, not even to sit six feet apart.’

On the night of April 24, he spoke by phone to his best friend Robert Marks, who said he sounded distraught.

Coddington told him he felt trapped between the chaos at work and being cooped up at home.

‘Don’t take unnecessary risks but hang in there,’ Marks texted him.

Sleepless at 1.24am, Marks sent his friend $20 on Apple Pay to buy himself coffee before his shift, but Coddington never responded.

The following morning, his mother, who feared a relapse was coming, checked his location and saw he wasn’t at the hospital. She later drove to the hotel where she found him dead in his car. 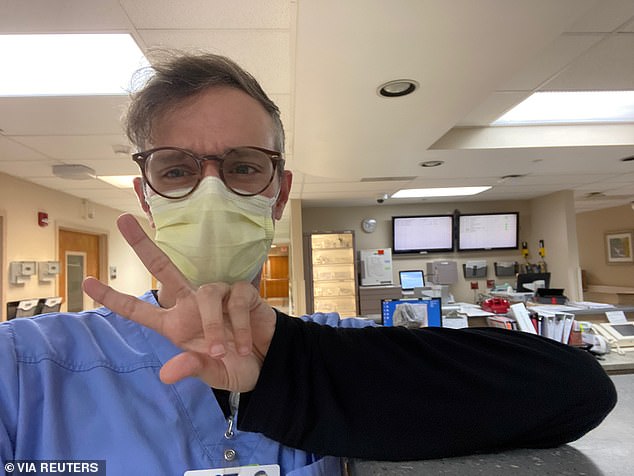 Days before his death, Coddington had told friends he felt trapped between the chaos at work and home confinement 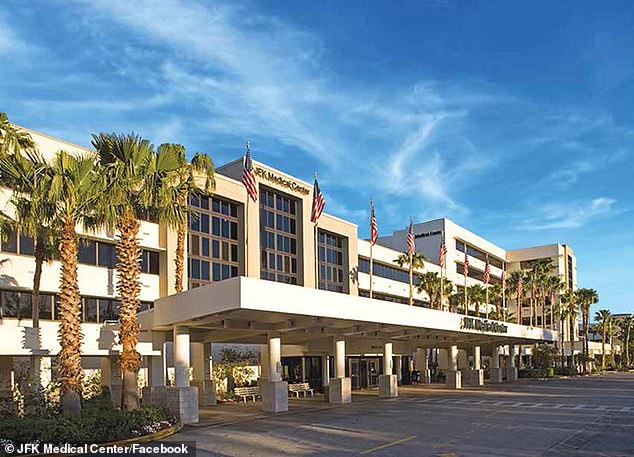 The nurse worked at JFK Medical Center in West Palm Beach, Florida, and volunteered at the coronavirus unit

The family suspects Coddington died from a drug overdose, but the Broward County Medical Examiner’s office said the case is pending.

The Broward County Sheriff’s Office said it is still investigating but does not suspect foul play.

Coddington had become addicted to opioids from a young age, when he began taking painkillers he received after a leg surgery.

He checked into rehab at the age of 21 and then joined 12-step fellowships, self-help healing groups and therapy.

But his health and path to sobriety took a hit in March, when fatally ill COVID-19 patients began showing up in his intensive care unit, where he worked for three months.

Frontline healthcare workers are trying to cope with the trauma of treating coronavirus, which has inundated U.S. hospitals with desperately ill patients and killed more than 90,000 Americans in less than three months.

Healthcare workers with histories of substance abuse may have more difficulty coping with fear, isolation and witnessing so much death during the pandemic, psychiatrists told Reuters. 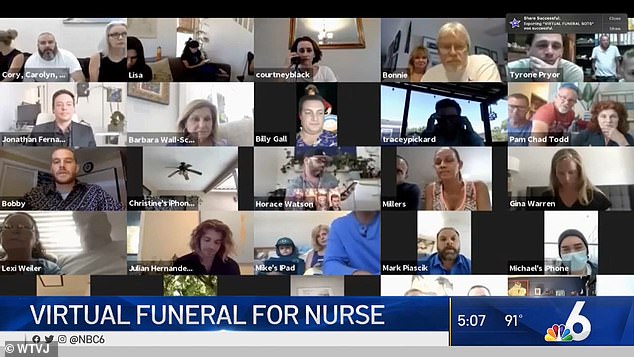 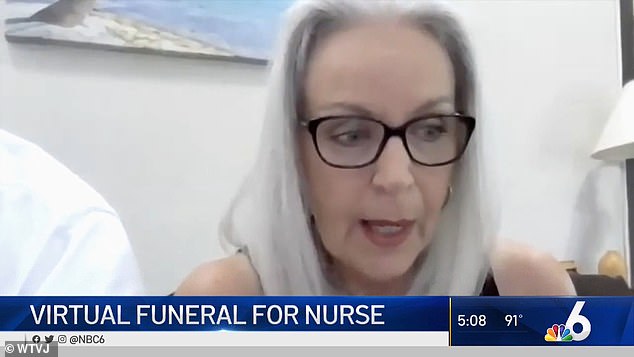 Those factors could provoke relapses in workers recovering from addiction, they said.

‘Patients who are being treated for opioid use disorder have reported increased stress and opioid craving since this pandemic began,’ said Kelly Dunn, a psychiatrist at Johns Hopkins University who researches opioid use.

Coddington had volunteered at the coronavirus unit at the hospital because he was younger than some of his colleagues, and so potentially less likely to become severely ill, and because he was not a parent, his friend said.

Still, Coddington was scared, his friends said. He risked exposure and infecting his 65-year-old mother, with whom he still lived.

Palm Beach County ranks third in Florida behind Miami-Dade and Broward counties for confirmed coronavirus cases; nearly 300 people have died of COVID-19 there.

In an April 13 Facebook post, Coddington said his hospital had a shortage of protective equipment, especially crucial N95 respirator masks.

He said he didn’t blame his employer because the issue was widespread.

‘In my hospital we are rationing 1 n95 mask for my whole shift,’ Coddington wrote. ‘We are running out of gowns. We are having people make makeshift face shields that end up snapping.’

Days before he died, his face shield fell off while he was helping with an intubation, which involves putting tubes into patients’ airways to assist breathing, said his father Ronald, a port engineer in Palm Beach.

‘He literally felt things splash on his face,’ Ronald recalled his son telling him. 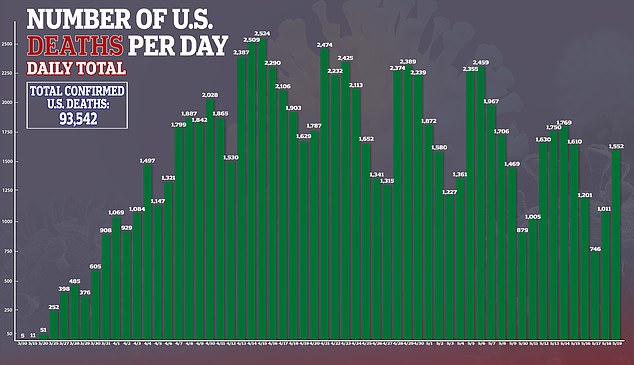 Kathryn Walton, a spokeswoman for JFK Medical Center, part of the hospital group HCA Healthcare, declined to comment on Coddington’s death except to extend condolences to his family.

She said the hospital’s goal was always to protect employees.

The hospital has ‘adequate supplies of PPE’ and is ‘taking steps to conserve PPE because we do not know what our future needs will be,’ Walton said.

She said the hospital offers mental health counseling by phone and video. Coddington´s friends and family say they don’t know if he used those services.

In his last weeks, Coddington came home from work, spoke little and played video games in his room, his mother said.

His friend Alexander, of Sunrise, Florida, said she noticed the change too: ‘It was despair … creeping in.’

With the pandemic weighing on Coddington, his loved ones were ‘bracing for impact,’ Marks said. 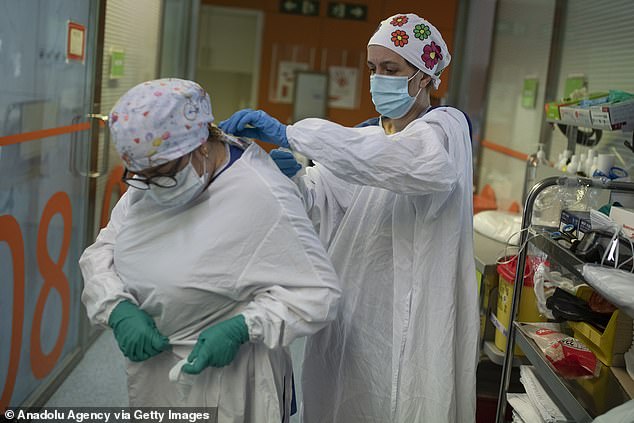 Carolyn checked on him constantly. His father and friends called and texted.

‘You are so needed right now by others. You can be great,’ Ronald Coddington said to his son in text messages on April 1.

‘Please please bury me some day. Don’t make me bury you … I love you.’

‘I love you too,’ Coddington replied.

Ronald Coddington said police told him they obtained a video, likely hotel security footage, showing his son sitting in his car in the parking lot that night when another car briefly pulled alongside.

Ronald said there was ‘some kind of exchange’ between his son and the other vehicle’s driver that he suspects was a drug deal.

The Broward County Sheriff’s office did not respond to Reuters’ request for the video.

Family members think the toxicology report, expected in a few weeks, will confirm an overdose – a temporary escape gone wrong.

‘Do I think he wanted to die that night? 100 per cent no,’ said his friend Marks.

‘I would bet every dollar I have that it was in an effort to have some relief.’