A police officer shot and killed a suspect who was trying to pin him with a car, authorities on Florida’s Gulf Coast said Friday.

Largo Police Lt. Randall Chaney told news reporters on Friday night that it happened at 5:55 p.m. when officer Matthew Steiner attempted to stop a driver of a black Nissan sedan at a gas station.

The driver used the car to try to pin him in the area near the gas pumps.

Chaney said Steiner then fired into the vehicle. 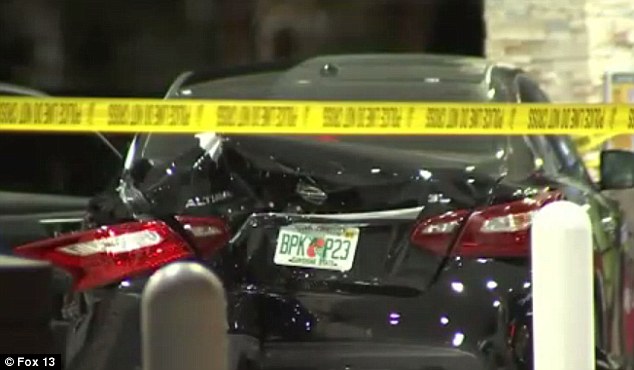 Officer Matthew Steiner, a seven-year veteran of the department, pulled over a driver in a black Nissan sedan 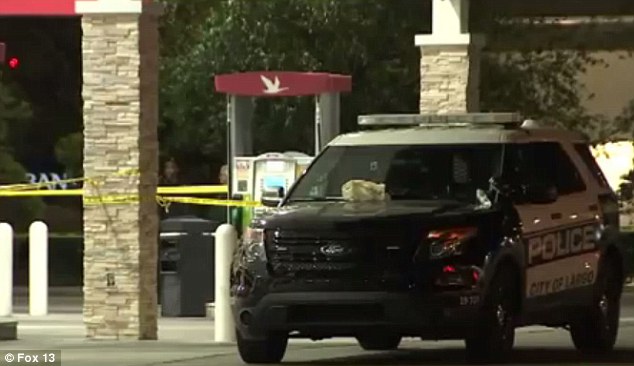 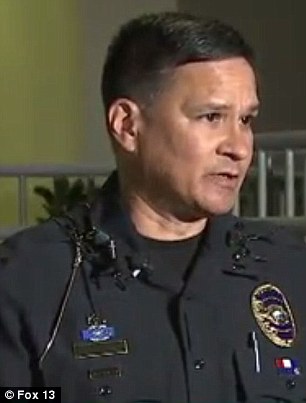 Police described what was a routine pullover that quickly turned into a ‘violent, explosive situation’

‘A stop was initiated in which they began some sort of encounter with this gentlemen, at which time he got in the vehicle and began acting very violently with the vehicle. At the time, the officer felt he was in peril for his own life and took action,’ Largo Police Lt. Randall Chaney said later at a news conference.

A backup officer arrived just as Steiner fired his weapon, police said. It was not immediately known how many rounds were fired.

‘It appeared in this particular instance that it happened extremely quickly,’ he Chaney said. ‘The subject went right to a resistive attitude and action. In that case, the officers are trained to deal with whatever presents itself to them, but it’s obviously very difficult because of the potential for danger, but also the fact that we have to deal with people in difficult situations.’ 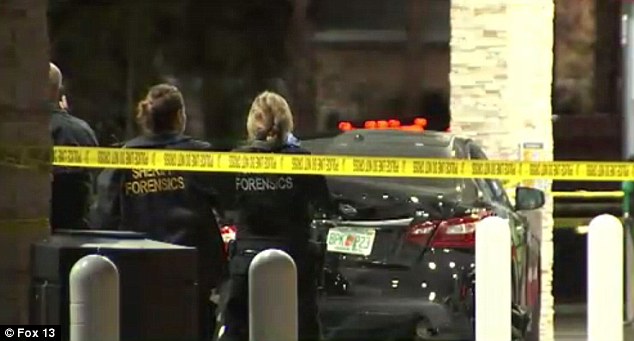 The driver was later pronounced dead at a local hospital. Chaney said the officer was also taken to the hospital with non-life threatening injuries.

‘I just spoke with him, actually, and he’s doing OK,’ Chaney said to Fox 13 Tampa Bay. ‘It’s a very difficult situation to go through something like this.’

The driver’s name was not immediately released. Chaney said his family had not yet been notified.

Chaney said the investigation is still in its early stages. He could not say what triggered the incident or why Steiner attempted to stop the driver, who was the only occupant of the car. 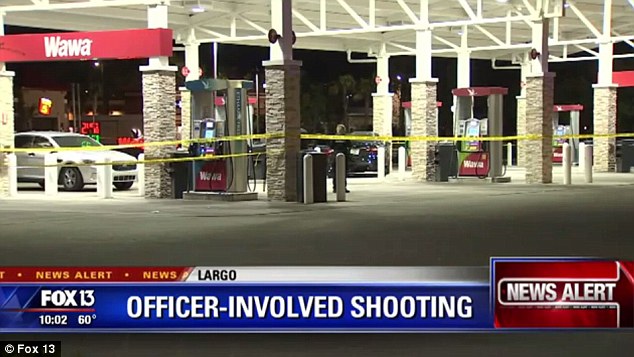 He said Steiner belongs to a ‘problem-oriented policing unit’ that focuses on long-term quality of life issues in the community such as chronic crime and neighborhood hotspots.

He said the incident escalated rapidly and the driver ‘went right a resistive attitude and action.’

Lieutenant Chaney said Steiner’s actions may have stopped others from being injured or killed.