In an open letter addressed ‘Dear America,’ the aunt of a 14-year-old killed in a Florida school shooting calls for action – not prayers – to put an end to gun violence.

Abbie Youkilis describes niece Jaime Guttenberg as intelligent and feisty with the world’s best smile. She says she danced with beauty and grace, and ‘probably had been kind to the student who shot her.’

Her emotional letter released Thursday labels politicians who fail to restrict access to guns as complicit, saying they and the National Rifle Association enabled Nikolas Cruz, the 19-year-old charged with killing Jaime and 16 others at a Parkland, Florida, high school Wednesday. 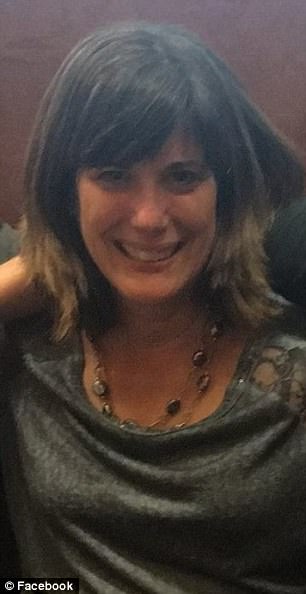 ‘My family does not want your hopes and prayers. We want your action. Join us in fighting the NRA. Join us in deposing any politician who cares more about campaign contributions than my beautiful Jaime. Join us in supporting leaders who will bravely fight for our children’s lives,’ Youkilis writes.

‘Why is your hunting hobby more important than my niece’s life?’ Youkilis writes. ‘Why should my niece have been sacrificed at the altar of your ‘freedoms?”

Youkilis describes Jaime’s parents as loving and overprotective. Fred Guttenberg said in a Facebook post that he is ‘trying to figure out how my family gets through this.’

And Youkilis says she intends to politicize the issue, as ninth-grader Jaime would have wanted her to do.

‘This is political and now this is personal. If not now, when? If not us, who? If we don’t finally ACT, the sickness of gun violence will kill us all,’ she writes.

Florida’s Republican-dominated Legislature likely won’t do much, if anything, to limit access to guns. After the Pulse nightclub shooting that left 49 dead, Republicans filed bills to allow guns at state university campuses and airports. Republicans refused to hear Democrats’ bills that would restrict gun access, including a ban on assault rifles.

The focus of Republican Gov. Rick Scott and Republican legislators after Wednesday’s shootings was on keeping guns out of the hands of the mentally ill and boosting school security, but not restricting gun access.

‘You don’t take cars off the road because someone got drunk, used one and killed someone,’ Rep. Jose Oliva, who is in line to be the next Florida House speaker, told reporters Wednesday evening.

‘Clearly we have a problem, and if your only solution is to put more guns on the streets and in schools and courthouses and airports, I shudder to think what our future will look like,’ she said. ‘Ultimately, what’s going to be the tipping point is the change that comes at the ballot box.’