The brother of Florida gunman Nikolas Cruz has fronted court after being arrested for trespassing at the same high school where his sibling shot dead 17 people.

Zachary Cruz, 18, was arrested at Marjory Stoneman Douglas High School in Parkland on Monday afternoon and charged with trespassing on school grounds.

His 19-year-old brother is charged with going on a murderous shooting rampage at the same school back on February 14.

Zachary was recorded by security cameras riding his skateboard at the school around 4.30pm even though he had allegedly received multiple prior warnings from school officials to stay away from the campus.

Zachary Cruz, 18, appeared in court on Tuesday after he was arrested at Marjory Stoneman Douglas High School in Florida and charged with trespassing on school grounds

His bond was set at an unusually high $500,000 when he faced court on Tuesday. 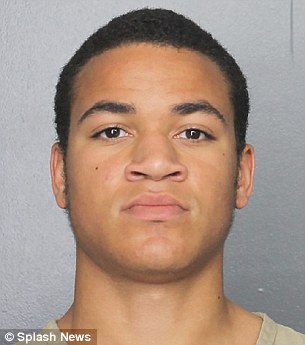 Prosecutors argued that Zachary had expressed admiration for the fame his brother’s actions had garnered in the wake of the deadly massacre and that they had discussed whether it might attract girls and pen pals.

‘He has been heard observing how popular (his brother’s) name is now,’ Assistant State Attorney Sarahnell Murphy said at Tuesday’s hearing.

‘Weeks after his brother murdered, injured and terrorized at the school, (Zachary) was there,’ she said.

‘Many (parents) kept their children home today. They have again been terrorized.’

Prosecutors said it was the third time he had visited the campus even though he was warned to stay away.

He is now being held in the same Fort Lauderdale jail where his brother is. 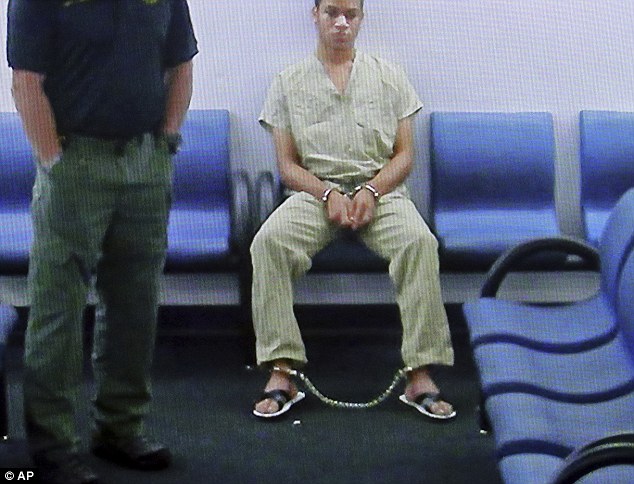 His bond was set at an unusually high $500,000 when he faced court via a videolink on Tuesday. He is now being held in the same Fort Lauderdale jail where his gunman brother is 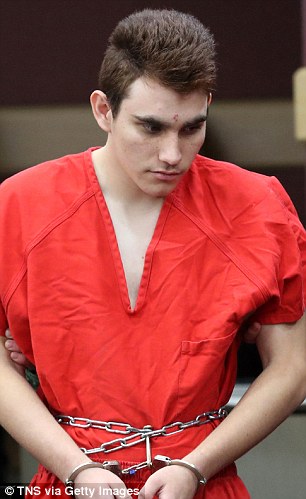 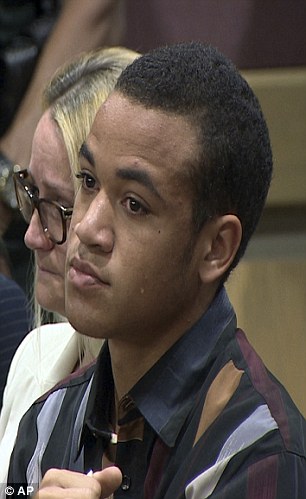 Zachary’s brother, 19-year-old Nikolas Cruz (left in court), has been charged with 17 counts of first-degree murder in connection with the February 14 shooting. Zachary (right) is pictured in court last week during his brother’s arraignment

Joseph Kimok, who is representing Zachary Cruz, said the bond and conditions were far out of proportion to the trespassing offense.

‘He is being held for who he is related to, not for anything he did,’ Kimok said.

‘I understand it does creep people out,’ he said.

According to an arrest report, Zachary told officers he came to the school to ‘reflect on the school shooting and soak it all in.’

He did not resist arrest and the report made no mention of any weapons.

Trespassing is a misdemeanor that usually carries only a $25 bond but Murphy asked for $750,000 and a host of conditions, most of which the judge approved.

The judge also ordered a search for weapons and ammunition at the Palm Beach County home where he is living with a family friend and he is not to visit his brother in jail. 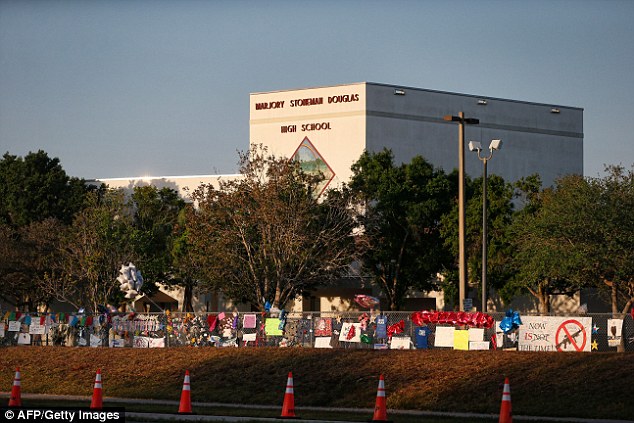 Cruz, 18, was arrested at Marjory Stoneman Douglas High School and charged with trespassing on school grounds. He had been warned three times to stay away 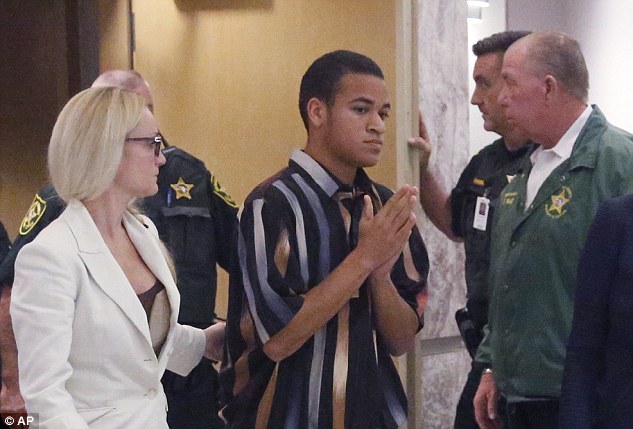 Zachary and Nikolas, who are half-siblings, were adopted when they were younger by Lynda and Robert Cruz. Zachary (pictured leaving court) became emotional during his brother’s hearing last weel and was spotted wiping away tears

Zachary and Nikolas shared the same biological mother but had different fathers. Both were adopted at very young ages by Roger and Lynda Cruz, who moved them into their Parkland home. Lynda died in November and their father died some years earlier.

Zachary, who turned 18 a week after the school shooting, has been living in Lantana, Florida, with a family friend, Rocxanne Deschamps, since their mother’s death.

Deschamps was scheduled Tuesday to hold a news conference in New York City with her attorney, the well-known lawyer Gloria Allred, about why she took the boys in.

Nikolas was living with a different family when the Stoneman Douglas shooting took place. His attorney has said he will plead guilty to 17 counts of murder and 17 counts of attempted murder if prosecutors will waive the death penalty, which they have refused to do.

Police records show Zachary has also had a troubled life, including a juvenile arrest record for theft. His mother, Lynda, made frequent calls to the Broward Sheriff’s Office about him running away, refusing to go to school, being rude and disrespectful and attempting to break things in their Parkland home.

Some of the calls go back to when Zachary was 11 years old.