A Florida State University fan posted an image of the team’s black coach being lynched following a disappointing season.

University President John Thrasher branded the Facebook image of Willie Taggart ‘despicable and ignorant’ and said it had been forwarded to a state attorney for investigation.

FSU ended a disappointing first season under Taggart with a loss Saturday to in-state rival the University of Florida. Many fans took to social media, expressing their disappointment. 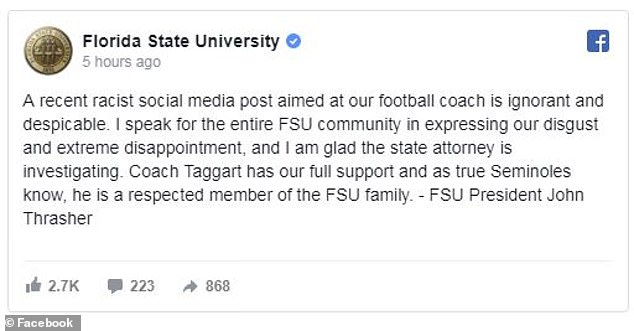 However one Facebook post included a meme depicting Taggart, who is black, being lynched, along with the words: ‘Believe in something. Even if it means sacrificing your rep’.

The Tallahassee Democrat reported that the poster responded to a critical comment by writing: ‘I’m dead f*****g serious. This is how far I’m willing to go to get rid of this clown’.

In a statement issued Sunday, Thrasher said ‘Coach Taggart has our full support’ and is a ‘respected member of the FSU family’.

‘I speak for the entire FSU community in expressing our disgust and extreme disappointment, and I am glad the state attorney is investigating.

‘Coach Taggart has our full support and as true Seminoles know, he is a respected member of the FSU family’. 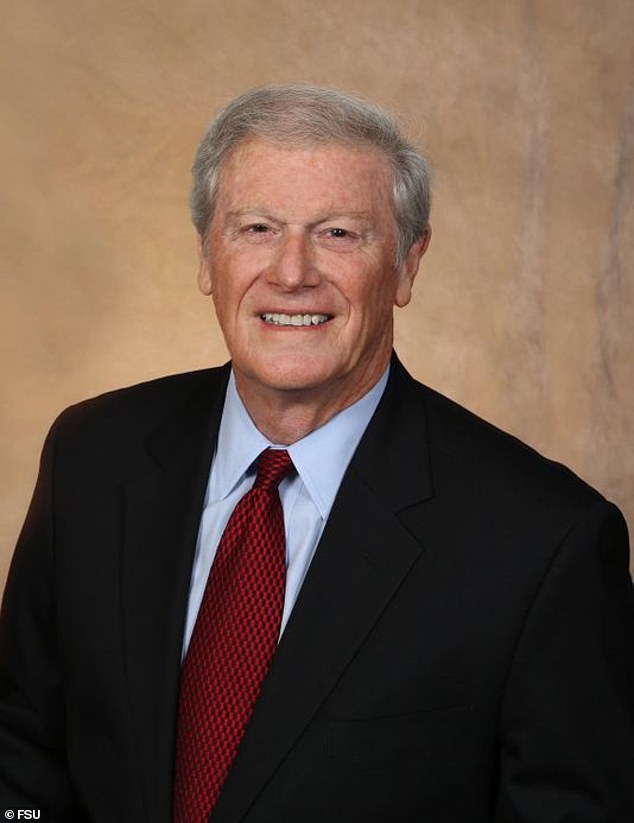 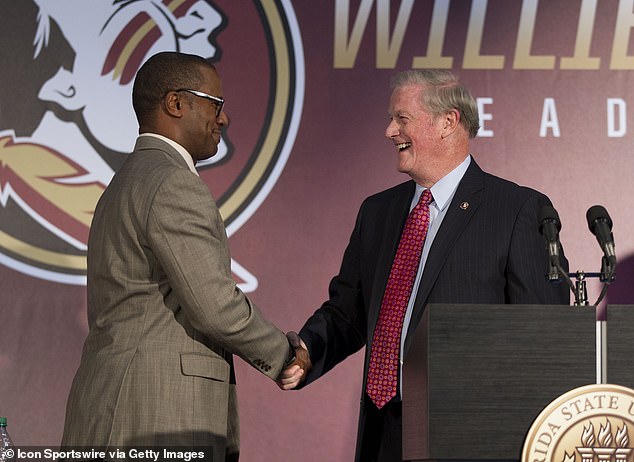 Florida State wrapped up a disappointing 5-7 campaign under Taggart with a 41-14 home loss to in-state rival Florida on Saturday.

It ensured the program would not reach a bowl game for the first time since the 1981 season. 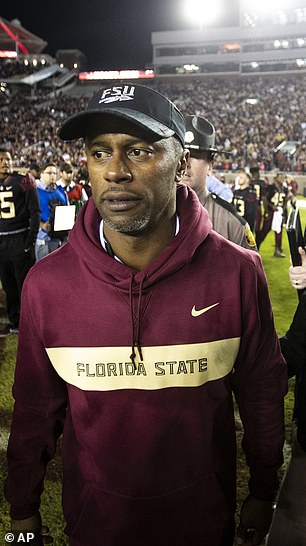 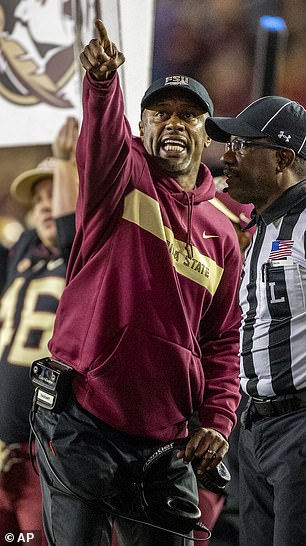 Taggart previously coached at Western Kentucky, South Florida and Oregon before being hired by Florida State to replace Jimbo Fisher, who departed after last season to take the head coaching job at Texas A&M.

He was hired to replace Jimbo Fisher after just one year at Oregon.

A promising season went south quickly with an opening night home loss to Virginia Tech, finished with the loss to rival Florida.