An agricultural science teacher who drowned two raccoons and an opossum in front of his students will not be charged with animal cruelty.

Dewie Brewton faced an investigation after a video surfaced of him drowning the animals at Forest High School in Ocala, Florida.

However, he has avoided prosecution after Assistant State Attorney Toby Hunt ruled that he didn’t kill the animals to be cruel but drowned them because he suspected they were killing chickens being raised by his class.

Brewton ‘did not intend to torture or torment these nuisance animals’ and told officers that he didn’t want to shoot them or bludgeon them to death because it would be inhumane.

Investigators said that the teacher decided drowning was the best way of dealing with the raccoons.

He said that after trapping them, he couldn’t shoot them because guns aren’t allowed on school property.

Assistant State Attorney Hunt also noted that a jury recently acquitted a man charged with animal cruelty after he cut off the tails of four kittens with rusty scissors.

Brewton was placed on administrative leave after a freshman student leaked footage of the drowning.

The mother of the student said her son was in tears when he revealed what had happened to the two raccoons in agriculture class.

Footage from the class shows a raccoon in a metal wire trap being dunked into a garbage bin that has been filled with water. 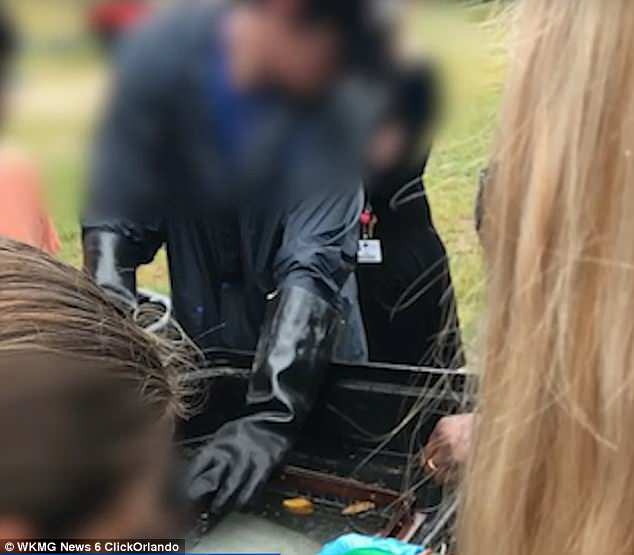 Multiple students can be seen helping with the drowning, while others stand around and watch.

‘It’s terrible. It still does make me sick to my stomach.’

The mother said Brewton, who has worked at the school since 2006, ‘pinned’ the raccoons and caught them in cages before he ‘had the children drown’ them.

She also claims the raccoons were held down with metal rods when they tried to come up for air. The mother said Brewton, who has worked at the school since 2006, ‘pinned’ the raccoons and caught them in cages before he ‘had the children drown the raccoons’ 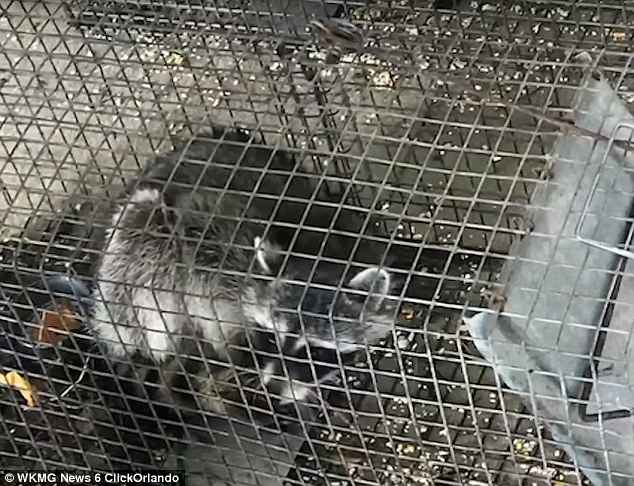 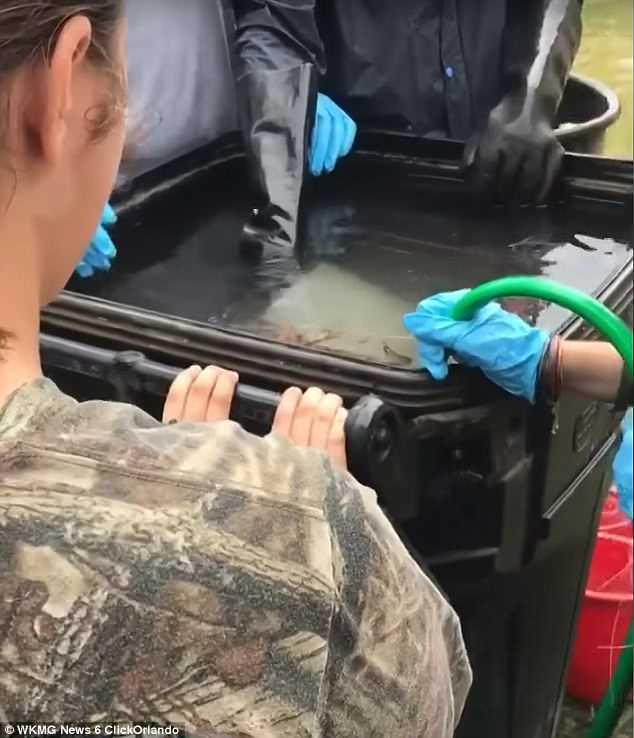 In one video, students can be seen pouring water into the raccoon’s cage as it sits in the garbage bin

‘When the raccoon would try to pop its head up they held water hoses in its face to drown it,’ she added.

She told Kron 4 that Brewton threatened to give a ‘referral’ to any student in the class who recorded or took pictures of the drowning.

‘[My son] knew while it was happening that it was wrong, so he did it anyway and stood behind people hiding, taking pictures and videos,’ she said.

In one video, students can be seen pouring water into the raccoon’s cage as it sits in the garbage bin.

‘Why is he not fighting?’ one person asks in the clip as the raccoon sits in the garbage bin filled with water. 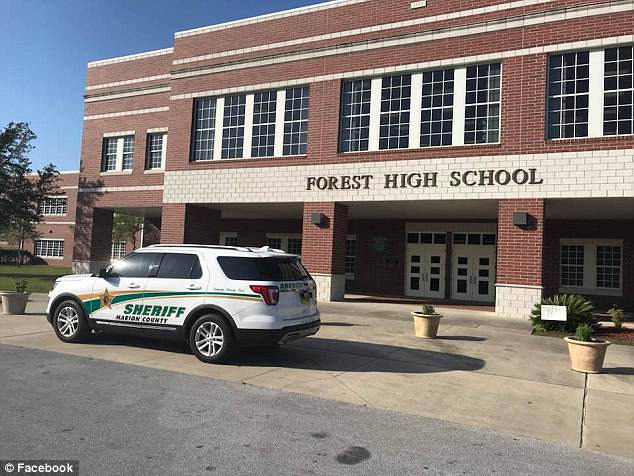 ‘While law enforcement tells us the teacher did not do anything illegal, his actions before students are certainly questionable,’ a spokesperson told WKMG.

‘The district is determining the status of the teacher at this moment.’

The Florida Fish and Wildlife Conservation Commission is also investigating and officers from the FFWCC were at the school shortly after the video was posted.

In a statement, it said it was ‘looking into’ the incident and that officers are determining ‘the legality of what occurred’, according to OCALA.

Forest High School’s Future Farmers of America Alumni Chapter has since rallied around Brewton, who is the group’s adviser. 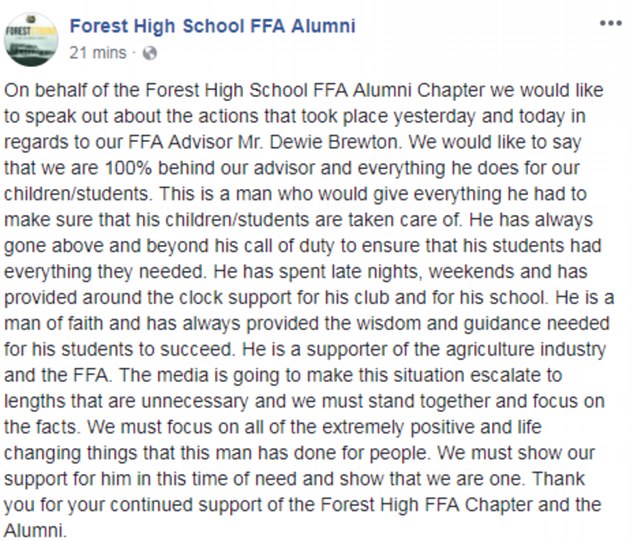 Forest High School’s Future Farmers of America Alumni Chapter has since rallied around Brewton, who is the group’s adviser

‘We would like to say that we are 100 percent behind our adviser and everything he does for our children/students,’ the statement, posted on Facebook, reads.

‘This is a man who would give everything he had to make sure that his children/students are taken care of. He has always gone above and beyond his call of duty to ensure that his students had everything they needed.’

‘He has spent late nights, weekends and has provided around the clock support for his club and for his school.’

‘We must focus on all of the extremely positive and life changing things that this man has done for people.’

But the mother of the student who filmed the incident remains unconvinced that the raccoons were handled in the appropriate manner.

‘I don’t think that’s the way to treat any animal,’ she said. ‘Whether it is a raccoon or (another animal) you just don’t torture an animal and kill it like that.’