A teenager from Florida who ‘wanted to eat more than her fair share of tomatoes’ for dinner, is now facing criminal charges after allegedly attacking members of her own family.

Katie Jade Gates, 19, allegedly assaulted elderly relatives who tried to put a stop to her taking seconds of the healthy dish and became incensed when she was told ‘no’.

Gates’s grandmother told police that the teenager ‘began to throw a fit because she couldn’t have more tomatoes at the dinner table.’

Gates then allegedly threw a temper tantrum and hurled a bottle of water at her grandfather and a pack of cigarettes her 73-year-old grandmother who was hit in the eye.

After being confronted about her behavior by her grandfather, Gates allegedly grabbed a knife and began threatening him with it according to The Smoking Gun. 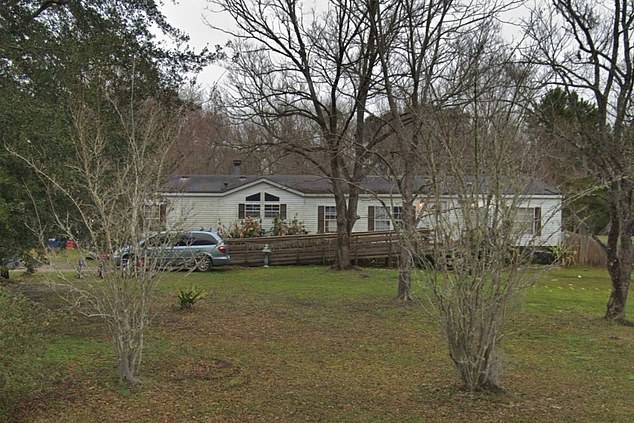 The food fight allegedly happened on September 12 at the family’s home, pictured, in Callahan, a town 20 miles north of Jacksonville. 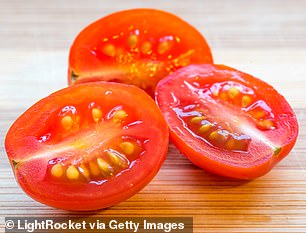 The woman then proceeded to chase her grandfather with the knife around the room, poking the weapon at his face.

During police questioning, Gates admitted hitting her grandfather in the face with the packet of cigarettes.

She also acknowledged picking up a knife and approaching him with it but denied ‘attempting to strike him with the knife in her hand during the argument.’

Gates has been charged with two felonies, aggravated assault with a deadly weapon and aggravated battery on a victim over the age of 65.

A judge has also ordered Gates not to have any contact with her grandparents.

The food fight happened on September 12 at the family’s home in Callahan, a town 20 miles north of Jacksonville.

She is scheduled to appear in court on October 3. 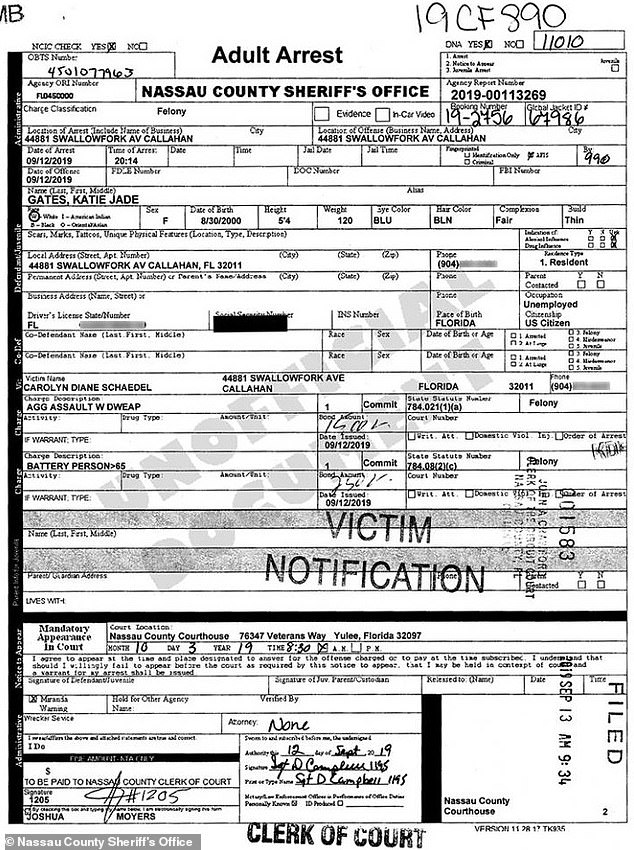 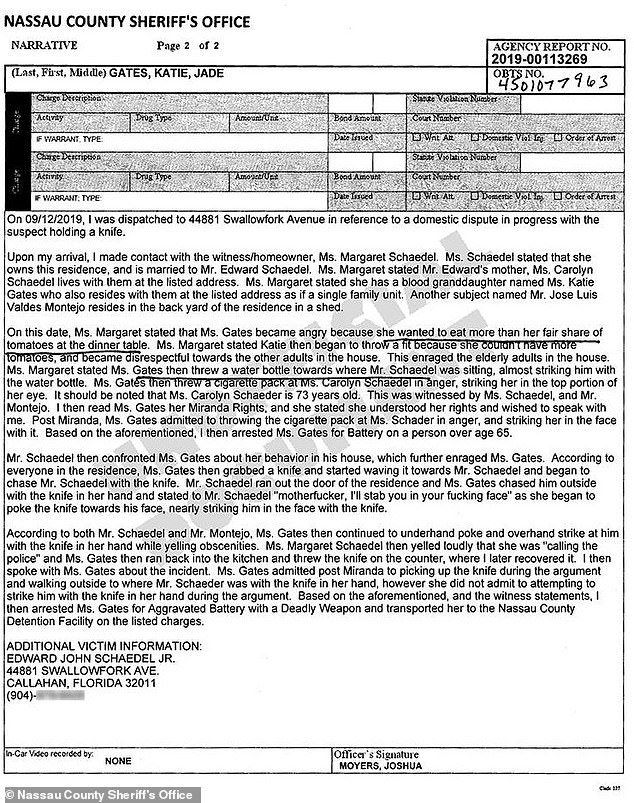