Florida woman, 31, who killed three teens in DUI crash was an exotic dancer with a suspended license

The woman who allegedly killed three Florida teens when they were hit by her SUV while waiting for their bus to a soccer tournament on Saturday, was drunk driving after a shift at a strip club, authorities say.

Investigators believe Mariam Coulibaly spent part of Friday night working at The Body on Biscayne Boulevard near North Miami before she got drunk and plowed into Gedeon Desir, 13, Lens Desir, 15, and Richecarde Dumay, 17, at 5.22am.

Coulibaly, 31, survived the collision with a shattered hip and other injuries after she already racked up 42 infractions, including seven crash incidents, since 2008.

‘I’m very much depressed about everything going on,’ Coulibaly told the Miami Herald on Tuesday morning from her intensive care bed. ‘I came from a blackout. When I woke up I didn’t even know that I hurt people.’

Mariam Coulibaly, 31, was drunk when she and drove her car in Miami, Florida on Saturday and says she’s ‘very much depressed’ about killing the teenage boys when she plowed into them 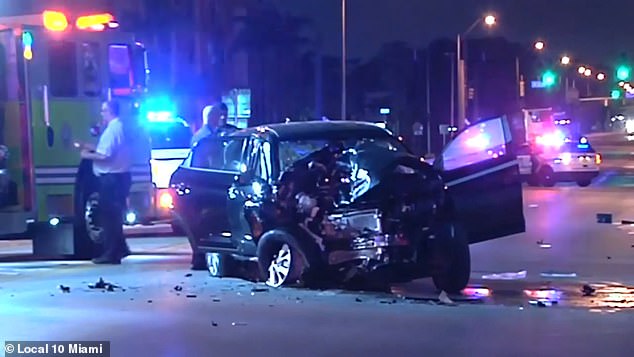 The three boys had been on the sidewalk heading to their bus stop when they were struck at 5.22am in North Miami on Saturday

Police said she reeked of alcohol and admitted to Aventura Hospital staff she had been out drinking. Four hours after the collision her blood alcohol was double the legal limit.

The Herald reports Coulibaly racked up massive debts totaling $325,000, much of it stemming from her previous driving offenses.

Coulibaly filed for federal bankruptcy in April, stating she owed $218,404 in medical bills to Jackson Health Systems after a 2017 car accident.

Coulibaly was cited for speeding in 2013 when her Infiniti M35 crashed into a Jeep Cherokee from behind, running it off the road and into a concrete barrier on State Road 9 in Dania Beach.

The Cherokee hit a third car and the driver of the vehicle, Catherine Jean, won over $11,000.

In 2014, Avis sued Coulibaly for nearly $10,000 after someone stole a car she rented from the company when she allegedly left the keys in the vehicle.

Coulibaly didn’t respond to both lawsuits.

Seven of the infractions are from Broward County where in 2015 she was caught twice driving with a suspended license, expired tag and speeding. 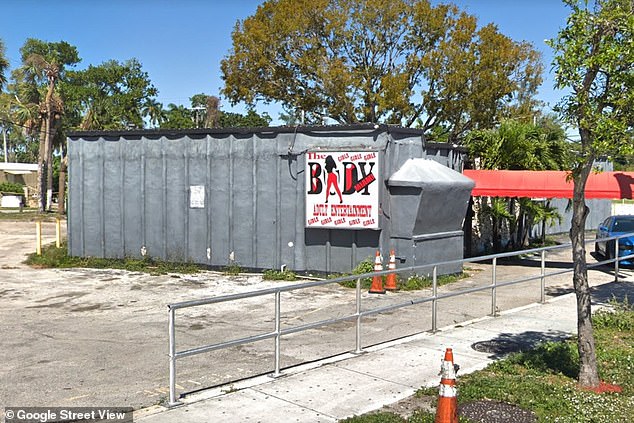 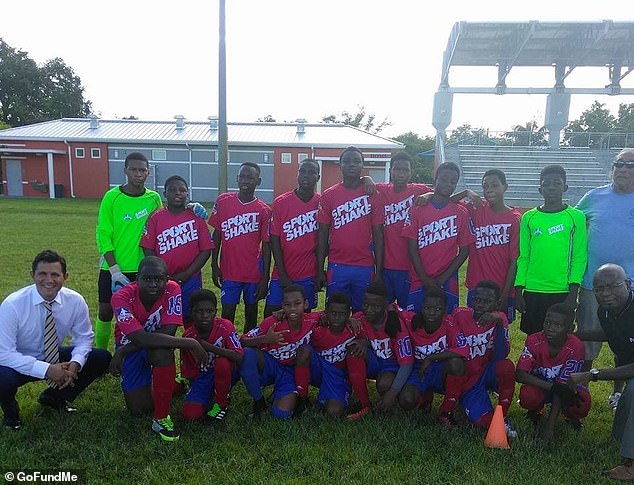 A GoFundMe campaign for the teens’ funeral expenses has since raised $65,675 of a $100,000 goal by Wednesday morning. Desir is pictured center in the back row 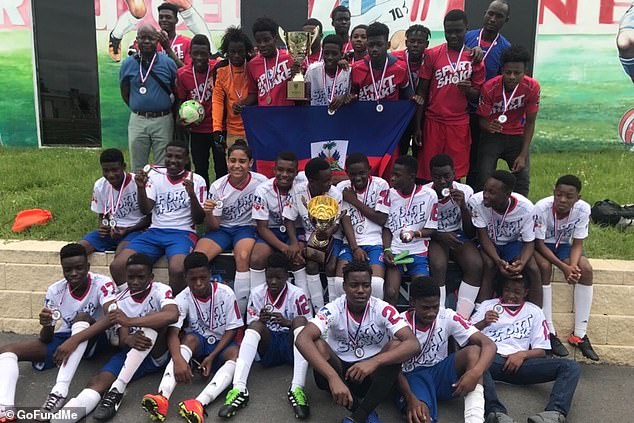 Coulibaly’s brother-in-law added that her family members ‘are feeling bad about those kids’ who were killed on the way to a soccer game. Desir is pictured back second from right

A total of 35 infractions are connected to Miami-Dade County.

In January 2015, Coulibaly was cited for careless driving after she rear-ended a family’s SUV but the ticket was later dismissed.

That February she was involved in two hit-and-runs. On Valentine’s Day veered into another lane ‘for no apparent reason’ on the Florida Turnpike, fled the scene in a panic only to be captured 11 days later. She was also cited for an incident on February 18 where she blew through a red light and T-boned a vehicle but witnesses got her licence plate details. Coulibaly was ordered to traffic school.

Her second Florida Turnpike incident came that December when she hit a sign on the side of the road and a guardrail but the case was dismissed due to no witnesses appearing in court.

In 2016 Coulibaly was cited for blowing five red lights but four tickets got dismissed and the one she pleaded no contest to was never paid. Coulibaly’s licence was suspended again.

The woman’s brother-in-law alleged to the Herald that Coulibaly was in hospital with broken bones and a concussion in 2017 after she hit a Miami-Dade bus.

Coulibaly – who has student loan debts from Everglades University according to her bankruptcy documents – worked part-time as a hairdresser and had an office job after leaving her mother’s house eight months ago, according to her brother-in-law.

The man who remains anonymous told the Miami Herald: ‘The last thing we know is that she was having a good time in Miami, probably Miami Beach like anyone else on Memorial Day weekend.

‘We are thinking that she was probably heading home … She’s a good woman. It’s not like she’s a troublemaker. This is just an unfortunate accident. She’s not even the type of girl to be out late. She’s not reckless.’ 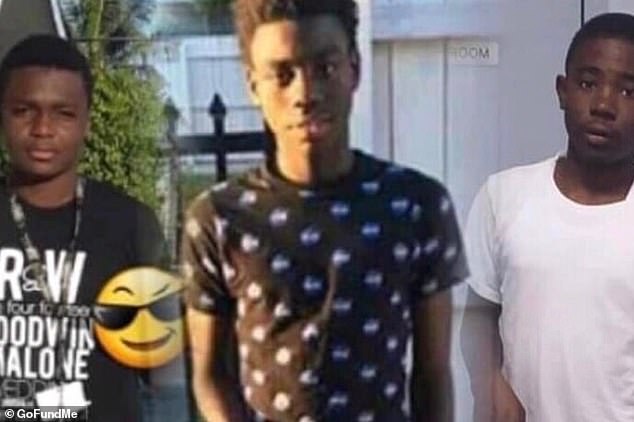 Many of the 100 kids enrolled in the free program are either homeless, undocumented, or come from low-income families. Pictured is Lens Desir

Coulibaly was arrested for DUI manslaughter later on Tuesday and is currently protected by security in her hospital bed. She will be booked into jail when she’s well enough to leave.

The three boys were members of the Little Haiti Football Club, a nonprofit organization that helps low-income children with athletic talent, and had been on the sidewalk heading to their bus stop when they were struck.

Coulibaly’s brother-in-law added that her family members ‘are feeling bad about those kids’.

‘We are very, very sorry,’ he said about the Saturday incident. ‘We are praying for the kids and the entire family. It’s not an easy situation. We know what it’s like because we were in that situation two years ago when we almost lost her.’

Gedeon, Lens, and Richecarde were dressed in their uniforms for the Enigma Tournament in Weston that morning.

Authorities said the three teens were already dead when they received a call reporting the crash at Northeast 13th Avenue and 125th Street. 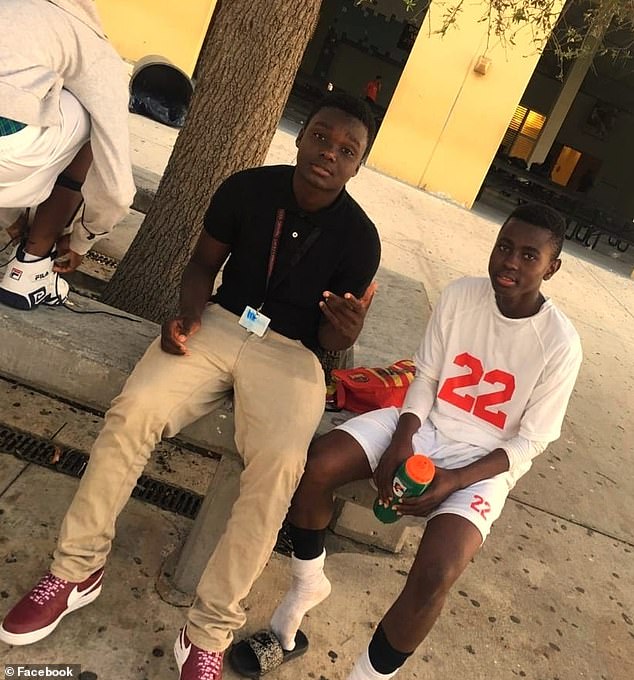 Many of the children who play for the Little Haiti Football Club earn scholarships to universities out of state. Pictured are Lens Desir (left) and Richcarde Dumay (right)

The teens were hit right by their regular pickup spot.

‘They were pedestrians on a sidewalk. They died on impact,’ said a police spokeswoman.

When the bus arrived in Weston without the three teens, their coaches began frantically calling them.

‘Eventually somebody answered one of the phones, a police officer, but they didn’t give the coaches any information,’ Pat Santangelo, who sits on the board of directors for the non-profit, told the Miami Herald.

Santangelo said the other members of the teens’ teams were not told about the crash during the tournament.

They were then taken back to Little Haiti Soccer Park, where they were ‘told and greeted by grief counselors’, he added. 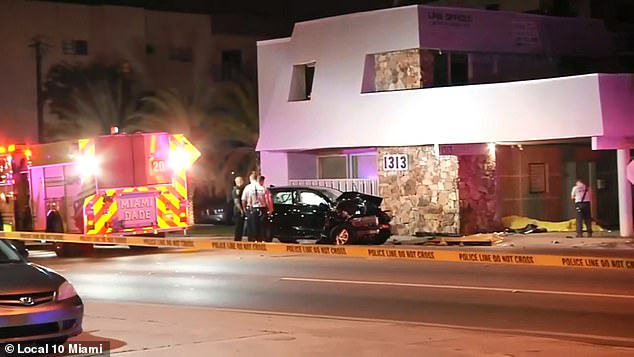 Santangelo said many of the 100 kids enrolled in the free program are either homeless, undocumented, or come from low-income families. They range in age from five to 17 years old.

‘This team helps kids like these go from hopelessness to having a goal to work towards,’ he said. ‘A lot of these kids come from nothing. They’re beyond high-risk.’

Private sponsors and local businesses help the low-budget organization pay for uniforms and other expenses.

Many of the children who play for the Little Haiti Football Club earn scholarships to universities out of state.

‘The kids that died today had promise,’ said Santangelo on Saturday. ‘There was nothing but hope in front of them. Now it’s all gone.’

A GoFundMe campaign for the teens’ funeral expenses has since raised $65,675 of a $100,000 goal by Wednesday morning. Any additional funds will go to the organization. 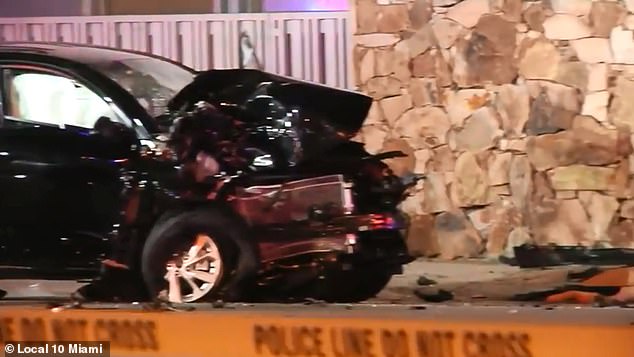 Coulibaly had a blood alcohol content of double the legal limit four hours after the crash. She was arrested on DUI manslaughter charges but remains in hospital with security