‘It looked like my leg was rotting off’: Florida woman, 68, nearly died after contracting a flesh-eating disease

A Florida woman said she nearly died after she contracted a flesh-eating bacteria from coastal waters.

Patty Born, 68, was heading home to Milton after a day of scalloping in Port St Joe – a Gulf Coast city in northern Florida – when she started to feel hot and nauseous.

Within hours, her right leg began turning red and swelling, and she was rushed to the ICU, reported WEAR-TV.

Doctors diagnosed Born with a rare bacterial infection known as necrotizing fasciitis and allegedly told her husband that they didn’t know if she was going to live through the night.

Patty Born, 68, a resident of Milton, Florida, went scalloping in Port St Joe in 2015. Pictured: Born, center, with her family in the hospital 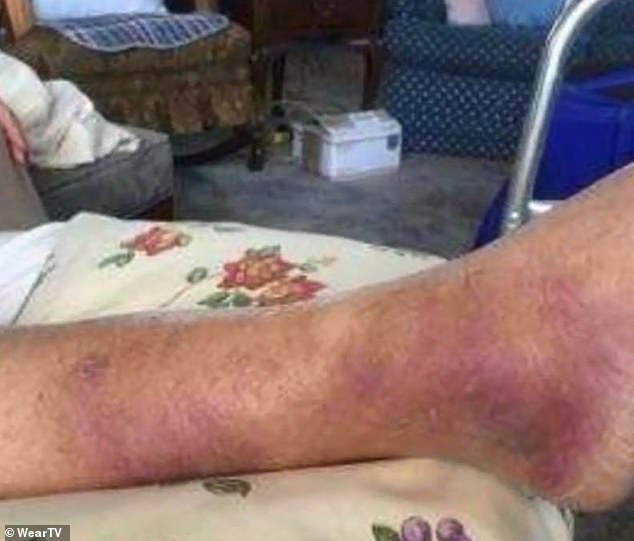 ‘I mean to look at your leg…it looked like it was rotting off,’ Born told WEAR-TV. ‘It’s scary. I haven’t been back in the water.’

Necrotizing fasciitis is a rare bacterial infection that spreads quickly in the body and can cause the loss of limbs or death.

The exact cause of the infection is unknown, but it enters the body through the tiniest cut or scrape in the skin, with between 700 and 1,200 cases occurring in the US each year, according to the Centers for Disease Control and Prevention (CDC). 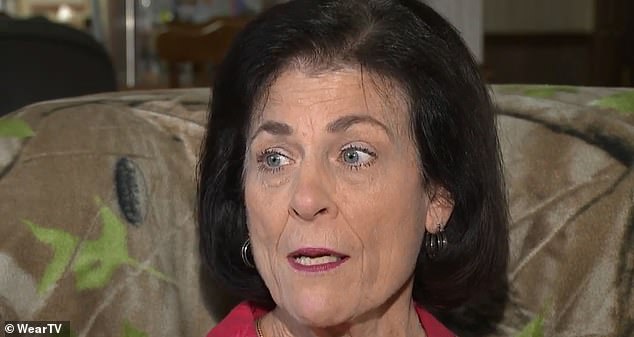 Born (pictured) was rushed to the ICU, where she was diagnosed with necrotizing fasciitis, a flesh-eating bacteria that destroys tissue under the skin 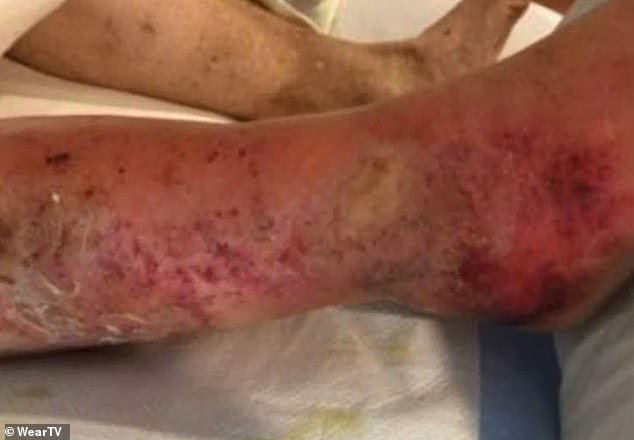 Doctors didn’t know if Born was going to live, but antibiotics were able to clear the infection from her body. Pictured: Born’s infected leg

‘They told my husband to call my family,’ Born told WEAR-TV. ‘They didn’t expect for me to make it, from what I’m told.’

Luckily, antibiotics were able to clear the infection from her system.

Born said she wants to share her story to remind others to be careful when they go into the water.

Within the past few weeks, there have been dozens of cases of people contracting different types of flesh-eating bacteria in the Sunshine State.

A few weeks ago, 12-year-old Kylei Brown, of Indiana, was diagnosed with a Vibrio bacteria infection after going for a swim at a beach in Destin.

Just days later, 77-year-old Lynn Fleming was infected by a bacteria after she fell and scraped her leg while walking on Coquina Beach along the Gulf Coast.

She was taken to a hospital the next day where she was diagnosed with the flesh-eating disease and died after suffering two strokes and organ failure.