Florida woman collapses after testifying that grandson murdered his wife

A Florida grandmother collapsed on the stand in front of a jury as she testified against her own grandson, who she claimed shot her before murdering his wife.

Bertharee Tomlin, 80, took the stand in the murder trial for her grandson Eric Montgomery on Wednesday.

Montgomery, 35, has been charged with first-degree murder in the 2012 New Year’s Day deaths of his wife Natalia Hamilton, 34, and his 19-year-old stepdaughter Alexis.

Prosecutors are seeking the death penalty.

Bertharee Tomlin, 80, collapsed on the stand (pictured) in front of a jury as she testified against her own grandson, who she claimed shot her before murdering his wife 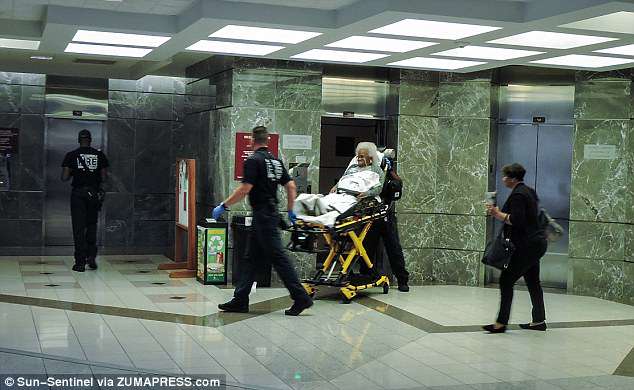 Tomlin told the jury that she had been asked to check on her grandson by her daughter, who said he had been fighting with his wife on that fateful night.

The grandmother said she remembered going into the laundry room with Hamilton to try and get away from Montgomery. 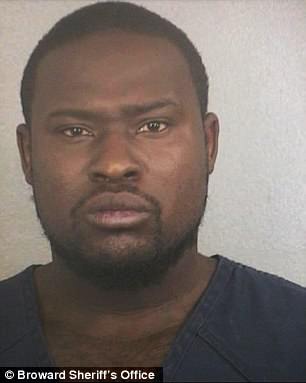 Tomlin’s grandson Eric Montgomery, 35, was charged with first-degree murder in deaths of his wife Natalia Hamilton, 34, and her 19-year-old daughter Alexis

‘I don’t know how we got on the floor, but we were on the floor,’ she told the courtroom, according to the Sun-Sentinel.

Tomlin said that Montgomery tried to get her to move so he could reach Hamilton, but she refused.

‘He pulled one of my legs to the side,’ she recalled. ‘She was in my arms. That’s when he started to shoot.’

The jury was removed from the courtroom and proceedings were halted for the remainder of the day after Tomlin collapsed.

Paramedics arrived at the scene and Tomlin was conscious and speaking as she was loaded onto a stretcher.

The 14-year-old, who was seven at the time of the crime, told the jury that she saw her father shoot her older stepsister.

She fled the home with Montgomery’s sister Melissa, who will testify on Thursday. Melissa has said she saw her brother kill Alexis, but fled before Hamilton was shot.

It remains unknown just what motivated the bloody domestic dispute that left the two women dead on New Year’s Day six years ago. 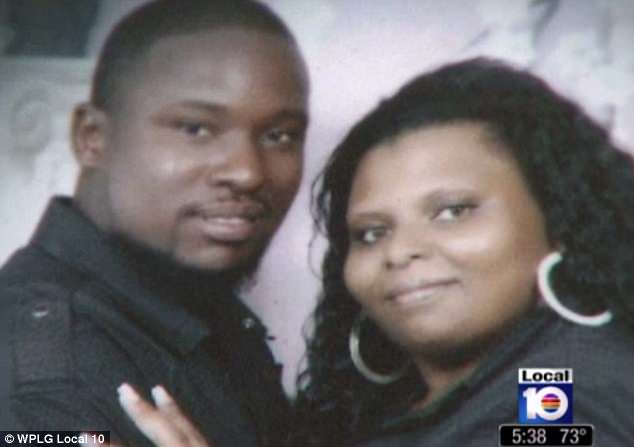 Tomlin said she tried to shield Hamilton (pictured with Montgomery) as her grandson attacked his wife, later shooting her dead

When neighbor Theresa Lane first heard the gunshots, she thought they were fireworks.

Shortly after, she saw Tomlin – who had been shot in the arm – run out of the home and into some nearby bushes, looking for a hiding place.

Lane saw Montgomery walk outside of the house and back inside, where she claims he fired two more shots. Then he came outside and fled in his Ford pickup truck.

She then ran over to help Tomlin, who was still hiding in the bushes.

Court records show that Hamilton had called Montgomery’s family for help that night as she tried to calm him down, according to Local10.

An initial arrest report states that Montgomery’s anger only intensified when his sister and grandmother arrived at the house. 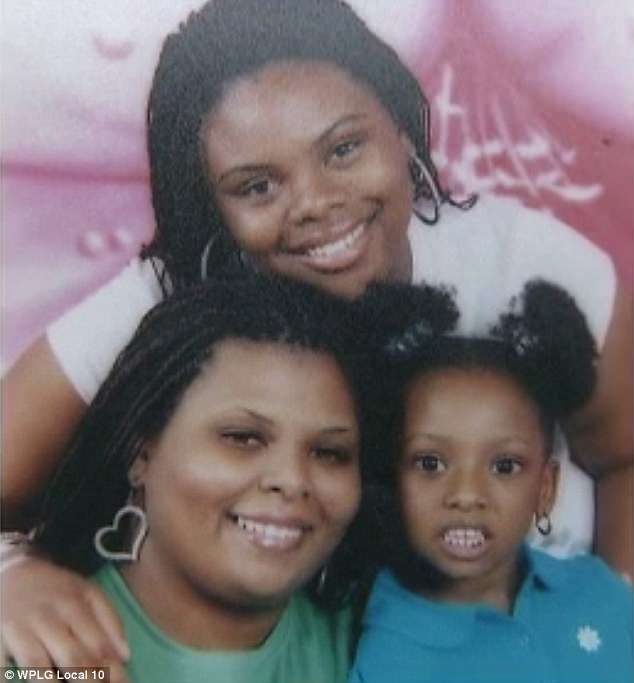 The couple’s daughter Erica, who was seven at the time, was present when her mother and stepsister Alexis (all pictured together) were both killed

Abigail Langweiler, Montgomery’s defense lawyer, told the jury that the case was about ‘blind rage’.

‘It’s about malice – ill will,’ she said in the courtroom. ‘Mr Montgomery snapped. He lost control. You won’t hear any evidence of premeditation.’

Montgomery declined to plead guilty in exchange for a life sentence in prison.