Florida woman ‘gouged her mother’s eyeballs out and killed her’

Camille Balla, 32, is facing a murder charge for the death of her mother on Friday

A Florida woman gouged her mother’s eyeballs out with glass shards and stored them in a cardboard box during a drug-induced attack, according to authorities.

Camille Balla, 32, is facing a first-degree murder charge after she was found covered in blood and sitting on the sidewalk by her Royal Palm Beach home on Friday.

‘I killed my mother and I need help,’ a frantic Balla told officials when they arrived at the home she shared with her mother, before handing them a blood-soaked set of keys.

A blood trail that started in the living room lead police to the house’s garage, where they found the body of 55-year-old Francisca Monterio-Balla among broken glass and pools of blood.

Her eyeballs had been ‘removed from her head and placed on a nearby cardboard box’ and she had cuts all over her body, per the police report cited by NBC 5.

Handwritten notes with religious messages about clearing the soul were also found in the garage.

According to Balla’s statements to fire rescue officials, she had smoked marijuana that she believed was laced with Flakka or PCP. 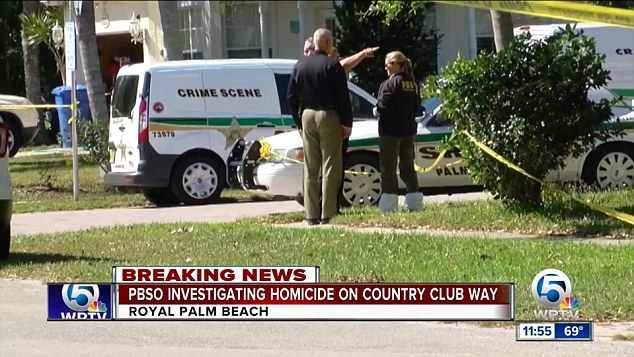 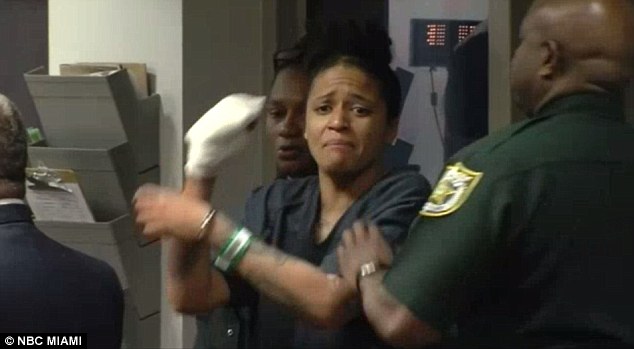 The body of Francisca Monterio-Balla, 55, was found in the home’s garage. Her eyeballs had been ‘removed f and placed on a nearby cardboard box’. Balla is pictured in court on Monday

‘I’m a murderer, I’m a murderer!’ Balla yelled as she ran around and then fell on the ground, according to the police report.

Police were called when one of Balla’s co-workers went to the home after Balla called them saying she might have killed her mother.

Balla was treated for cuts on her hands and knees at Palms West Hospital and then taken to St Mary’s Medical Center when she started screaming again. 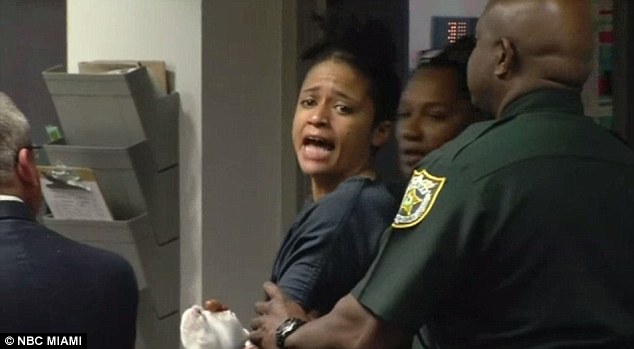 Balla began screaming during her court appearance on Friday and had to be removed. A judge has ordered a mental evaluation

During her court appearance on Monday morning she began screaming again and had to be removed from the hearing. The judge then ordered her to have a mental evaluation.

A substance found at the home believed to be marijuana has been sent to a lab for testing.

Balla has a criminal record, including one arrest in 2015 for driving under the influence and another in 2014 for possession of marijuana- a charge she was never prosecuted for.