A Florida woman has been handed probation after she pulled a live alligator out of her yoga pants during a routine traffic stop.

Ariel Machan-Le Quire and Michael Clemons were stopped in Punta Gorda for running a stop sign in May.

The pair initially told officers they had been out hunting for snakes and frogs under an overpass. 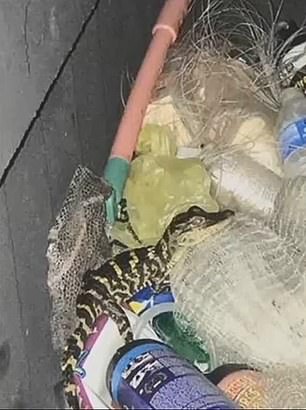 Ariel Machan-Le Quire (left) brandished a one-foot baby alligator (right) after she was pulled over by cops in Punta Gorda, Florida

The 25-year-old then whipped out a one-foot baby alligator out of her pants when the officer asked if she had anything else, according to an official report from the Charlotte County Sheriff’s Office.

She pleaded guilty to four charge of illegally possessing wild animals and was given six months probation, according to Fox 8. 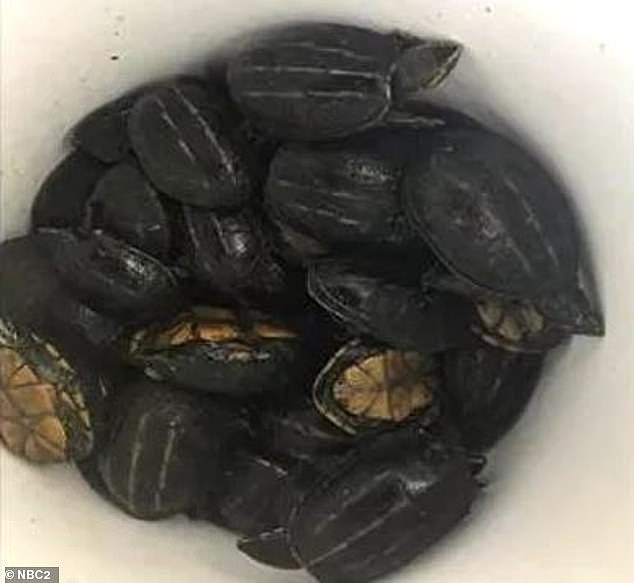 Along with the alligator, Machan-Le Quire also had 41 small turtles in a Teenage Mutant Ninja Turtles backpack 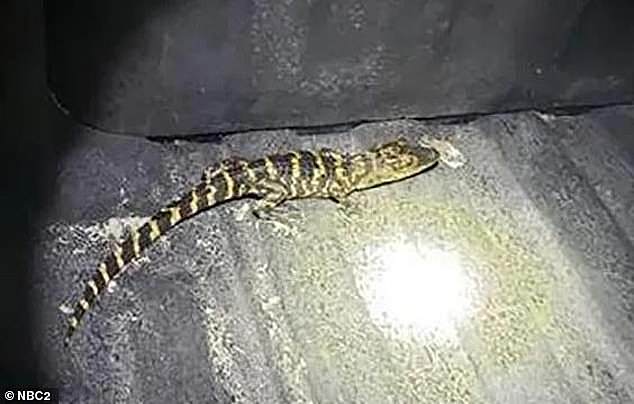 After her arrest Machan-Le Quire was held in jail on a $10,000 bond and released before a judge for sentencing last Wednesday.

She was also cited for failing to appear in court in July. The charges against Clemons, 22, are still pending.

At the time of the traffic stop officers posted on Facebook about the situation.

They wrote: ‘Not to be outdone by the #FloridaMan, a #FloridaWoman pulled this alligator out of her pants Monday morning during a traffic stop after being asked the standard, ”Do you have anything else?’.’

Last November a Walmart employee spotted a man fishing items from the store and placing them in his car trunk.

When police stopped him officers found two dead alligators in the trunk of his car.