A 66-year-old woman was critically injured this weekend when she ran back into her burning house to try and rescue her nine cats.

A fire broke out in Barbara Cisco’s Deerfield Beach, Florida home early Sunday morning, where she lives with her nine rescued stray cats.

Surveillance footage shows the moment Cisco, covered in soot, bangs on her neighbor’s Lu Vencl’s door for help after the blaze broke out.

‘Help! Please open up! It’s Barb!’ she says in the video while knocking on the door.

Barbara Cisco, 66, is seen above knocking on her neighbor’s door for help early Sunday morning when her house caught fire 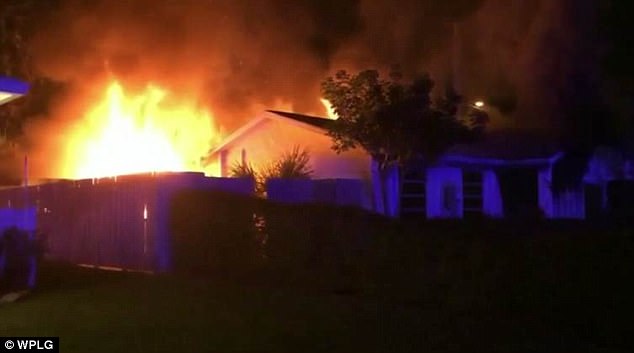 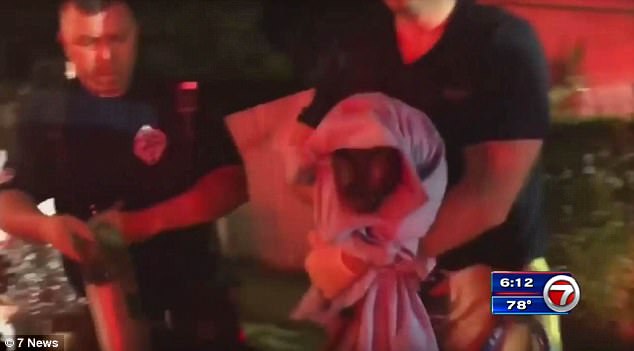 Cisco was rushed to the hospital for critical burns after going back into the hospital. One of her nine cats is seen at the scene after being rescued

‘She was in shock,’ Vencl told WPLG. ‘She was all full of black soot, her hair was on fire, she had some burns.’

After realizing that his neighbor’s house was on fire, Vencl called 911.

But before first responders arrived on the scene, Vencl says his neighbor went back into her burning home to try and rescue her cats and the urn containing her late husband’s ashes.

‘She apparently went back inside of the house to try to save the animals, and unfortunately, that’s not really the right choice,’ Vencl said. ‘They’re like her kids. I get that, but it’s landed her in the hospital.’ 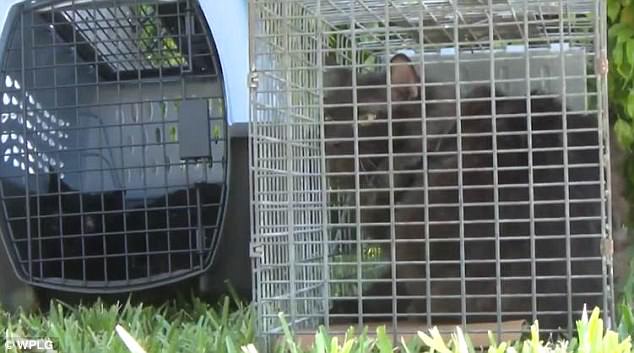 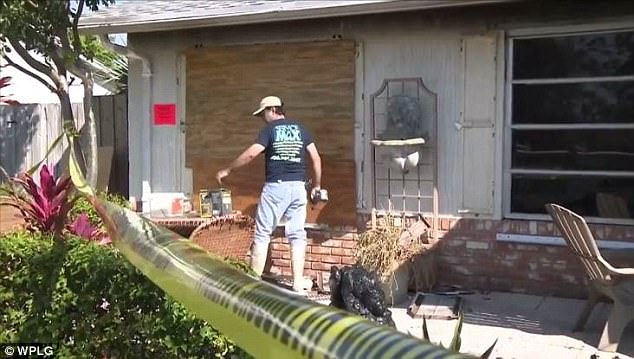 The fire started in a front room of the home. It’s still unclear what caused the fire to start in the first place

Cisco was rushed to Jackson Memorial Hospital’s burn unit in critical condition, but has since been stabilized.

Four of the nine cats have been accounted for: two dead and two alive.

One of the cats was given oxygen and a blanket by firefighters at the scene while the other was found the next day with burns on its body.

Cisco’s husband’s urn was also recovered from the home.

The Florida Humane Society, where Cisco volunteers her time, sent workers on Monday to board up her house while she was in the hospital.

They are also taking care of her cats.

‘They are terrified, being that they are inside cats and now they’re outside. But they’ll be safe now,’ Florida Humane Society President Carol Ebert said.

Fire officials say the fire broke out in a front room of the home, but it’s still unclear what caused it.