A Florida woman was forced to confront an uninvited guest when an alligator came knocking on her door.

Donna Heiss, 58, of Palm Coast, Florida, had no idea the estimated 7-8 foot reptile was wandering around her property when she arrived home Thursday afternoon.

Heiss told Click Orlando that her neighbors yelled at her, telling her to get inside her home after she pulled her vehicle into the garage.

Moments later, the gator was knocking on the door of her back porch. Weiss said the animal was aggressive and scared both her and her dog. 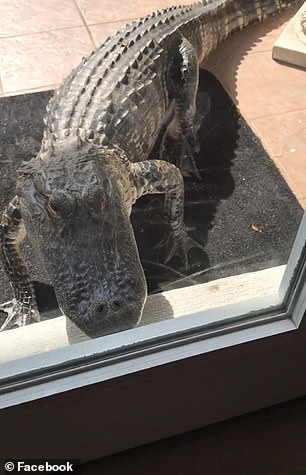 Donna Heiss, 58, of Palm Coast, was forced to retreat into her home Thursday after a 7-8ft alligator wandered onto her property

‘It frightened me so much,’ she said.

The Flager County woman called an animal trapper and shot video of the gator as it banged its mouth against her glass door.

‘No,’ Weiss said in the video as the gator knocked.

Undeterred, the reptile walked a short distance over to Weiss’s window and peered inside her home. She said she feared the predator was going to break her window. 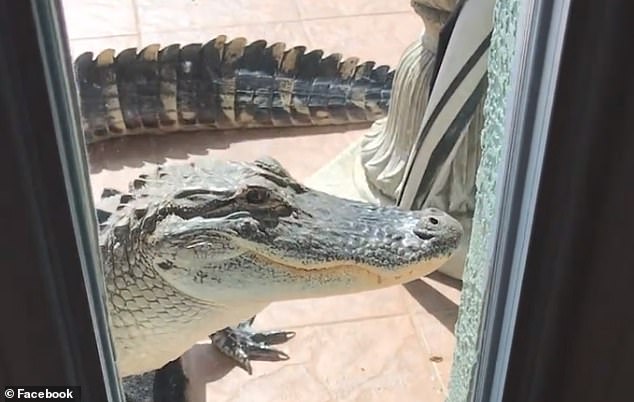 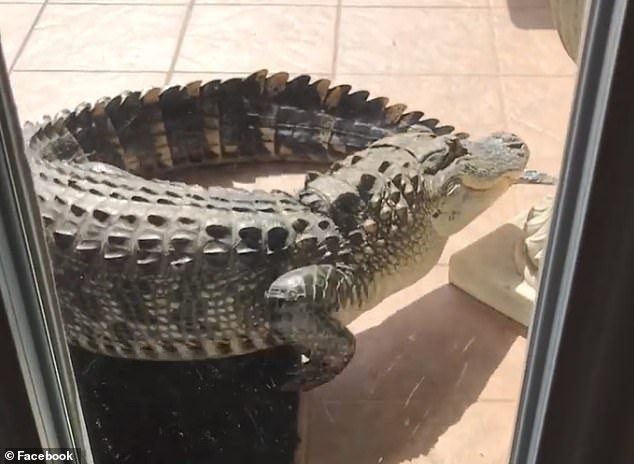 When she didn’t open the door, the gator walked over to Heiss’s window and peered inside 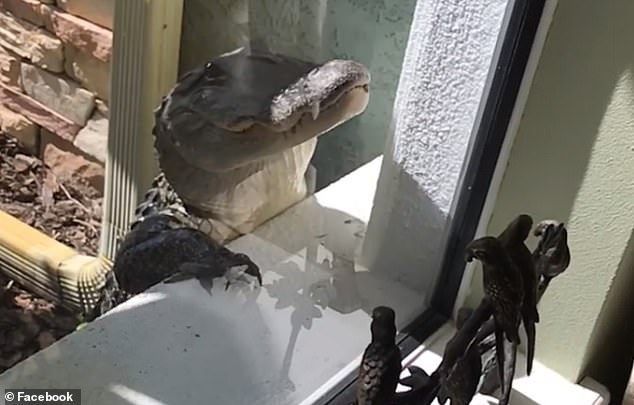 An animal trapper later removed the gator from Heiss’s property

Weiss was rescued by the trapper who removed the gator, estimated to be 7-8ft long, from her property, according to the Orlando Sentinel.

This was the latest in a series of high-profile gator encounters that have taken place in Florida this spring amid alligator mating season, which begins with courtship in early April before mating typically occurs in May or June.

A Palm Beach Gardens family had to call in help when they found a 9ft gator in their backyard pool on April 8. 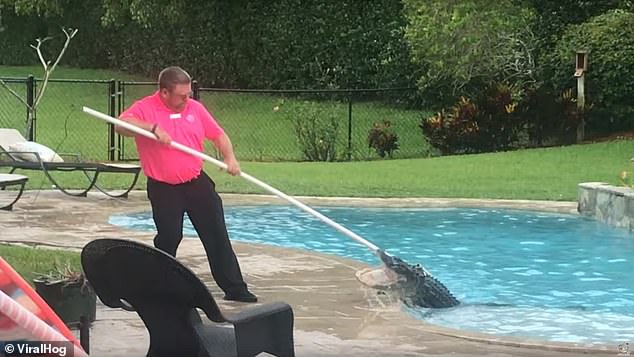 On April 8, a Palm Beach Gardens family was shocked to find a 9ft alligator in their backyard pool even though they had a fence guarding the whole perimeter

Police in Fort Myers, Florida took a picture of an 8ft alligator that broke through the back porch screen of a local family’s home around 2am on April 12.

The Polk County Sheriff’s Office shared a post on April 9 that showed a gator parked right outside the South County Jail.

‘Disclaimer: this dude was outside the fence, and we left him alone, and he left us alone,’ they added in the post.

It’s not just Florida. A humongous gator estimated to weigh as much as 750lbs was found in a ditch in Sumter County, Georgia on March 1.

Alligators usually deposit their eggs in late June or early July. Those eggs typically hatch from mid-August through early September, according to the Florida Fish and Wildlife Conservation Commission. 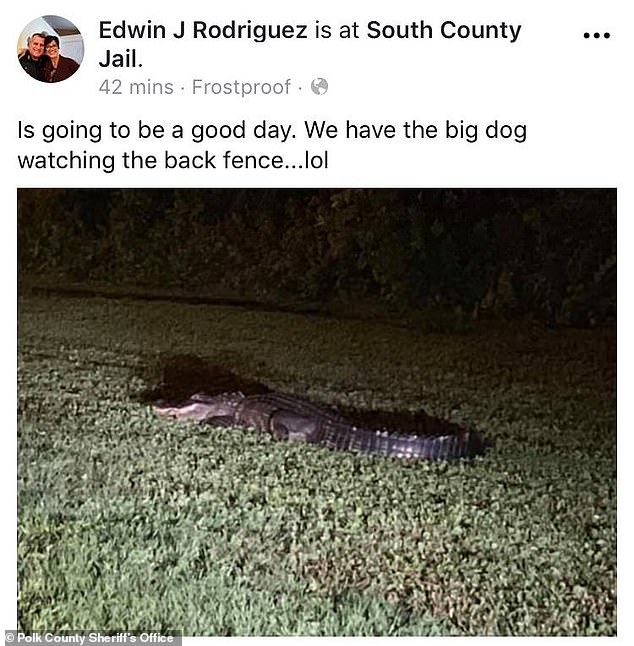 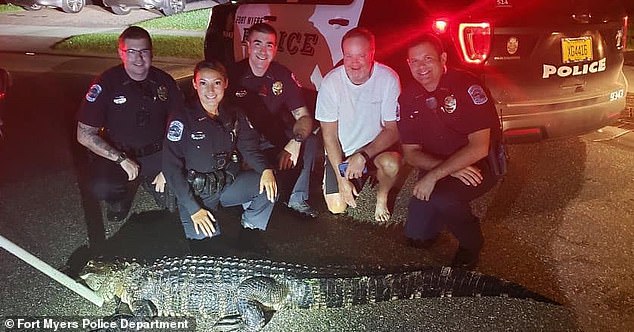 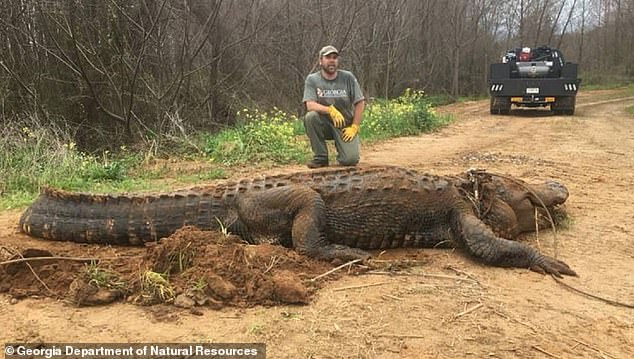 A massive alligator was measuring 13 feet, 4 inches long, 57 inches in circumference and weighing over 700 pounds was found in a ditch in Sumter County, Georgia on March 1, 2019

Warmer temperatures also speed up the predatory reptiles’ metabolism in the middle of the year, causing them to seek food, and possible mates, in places they wouldn’t normally venture.

‘They have to find some food so that’s when we’ll find them on sidewalks and people’s pools,’ Brian Norris of Florida Fish and Wildlife told Fox 4. ‘They’re really just out there browsing around.’