Florida’s Democratic candidate in the governor’s race slammed Donald Trump saying the president’s only goal is to ‘make us afraid of each other.’

Trump attacked Andrew Gillum as a ‘thief’ on Twitter on Monday, accusing the Tallahassee mayor, who is African-American, of running a corrupt city.

The president’s remark came after he promised he would tone down his campaign rhetoric Saturday following a shooting rampage at a synagogue in Pittsburgh that killed 11 Jewish worshippers.

Later on Monday, Gillum told a crowd at a campaign event that the president has a responsibility to speak out against ‘hatred and division’ – but instead ‘stokes fear’ at rallies and on Twitter, the Orlando Sun-Sentinel reports.

Gillum added that Ron DeSantis, who is running against him, is proving to be ‘uniquely unqualified’ to be governor.

Gillum’s remarks on Trump at the Broward Teachers Union in Tamarac drew boos from the crowd, according to the newspaper.

‘This man has a responsibility to stand up and to speak out against hatred and division,’ Gillum said.

‘And instead every single day he gets on Twitter and goes to rallies and he stokes fear. 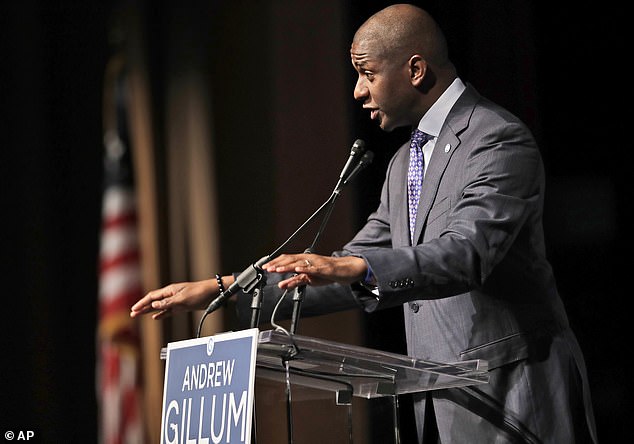 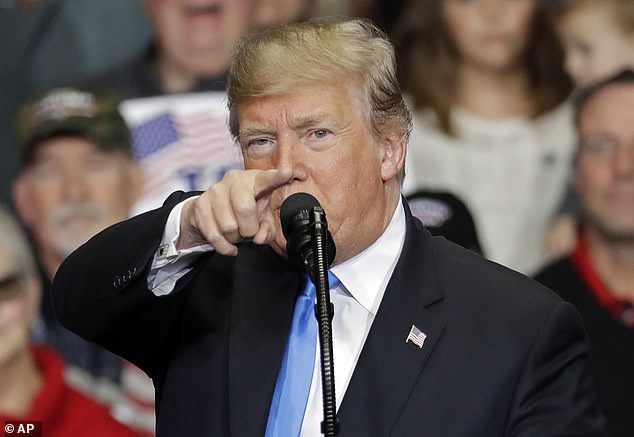 Trump attacked Andrew Gillum as a ‘thief’ on Twitter on Monday, accusing the Tallahassee mayor, who is African-American, of running a corrupt city

‘That kind of irresponsible language is now leading to loss of life,’ Gillum told reporters, calling it ‘dangerous rhetoric.’

Since his 2016 campaign for the White House, Trump has at times been slow to denounce white nationalists, neo-Nazis and other hate-filled individuals and groups that found common cause with his nationalistic political rhetoric.

He has described some Mexicans as ‘rapists,’ branded a black congresswoman ‘low IQ,’ and blamed ‘both sides’ for deadly violence at a white supremacist rally last year in Virginia.

It comes after a Florida man was arrested on Friday for sending pipe bombs to critics of Trump. 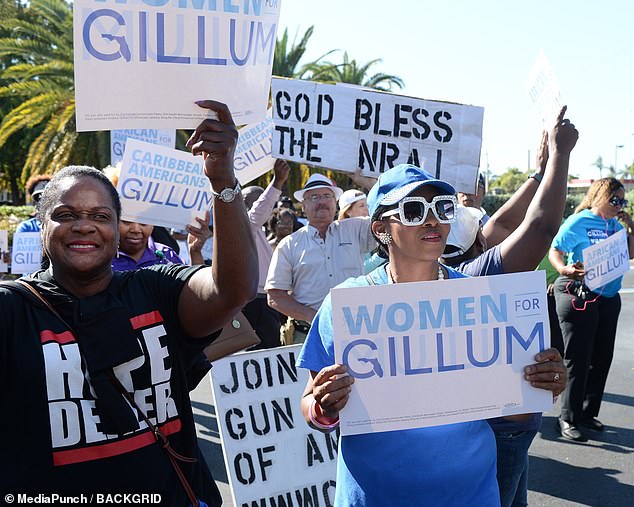 He had plastered his social media accounts and the van where he was living with signs of his devotion to the Republican president and his hatred for Democrats.

Earlier on Monday, Trump – who has endorsed DeSantis – weighed in on the Florida governor’s race.

In a tweet, Trump called Gillum ‘a thief’ and said Tallahassee is ‘one of the most corrupt cities in the Country.’

‘In Florida there is a choice between a Harvard/Yale educated man named @RonDeSantisFL who has been a great Congressman and will be a great Governor – and a Dem who is a thief and who is Mayor of poorly run Tallahassee, said to be one of the most corrupt cities in the Country!’ Trump tweeted.

The president cited no evidence for his attack on Gillum. 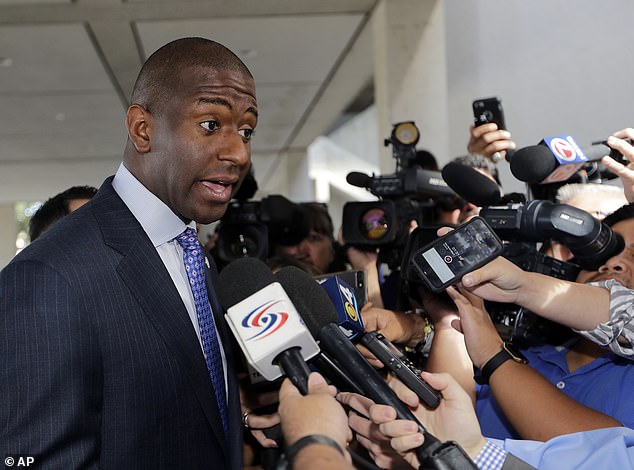 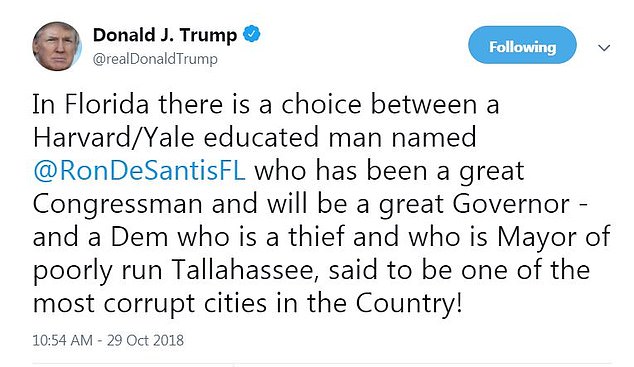 In a tweet on Monday, Trump called Gillum ‘a thief’ and said Tallahassee is ‘one of the most corrupt cities in the Country’

The FBI has been conducting a probe of alleged public corruption in Tallahassee, and while Gillum has said he has been told he is not the target, Republicans have used the investigation to attack him.

The progressive Gillum, who pulled off a shock victory in the Democratic Party primary in August, responded swiftly to Trump, saying on Twitter that the president ‘is howling because he’s weak. Florida, go vote today.’

The midterm elections are on November 6, but several states including Florida allow early voting.

DeSantis himself has been widely criticized for urging Florida voters not to ‘monkey this up’ by electing Gillum, a comment denounced as racist.

The governor’s race is rated a tossup by the Cook Political Report.

But Gillum is about by an average of 3.2 points in the governor’s race, and every recent poll has him ahead.

Trump is traveling to Florida this week to campaign for DeSantis, a Republican congressman who resigned to have more time to campaign for governor, in the final push ahead of the elections.

Gillum said earlier Monday that Trump’s predecessor Barack Obama will campaign with him Friday in Miami.