On the shores of a still and peaceful lake on the edge of downtown Hanoi, the inscription on a faded monument stands as a reminder of a violent event 51 years ago.

‘On Oct 26, 1967, at Truc Bach Lake, the military and people of Hanoi arrested Major John Sidney McCain, a pilot of the American Navy’s air force,’ it says on the sculpture, which depicts an airman with his hands above his head in front of a broken plane wing.

McCain, a US senator who ran unsuccessfully for president as a self-styled maverick Republican in 2008 and became a prominent critic of President Donald Trump, died on Saturday, his office said. He was 81.

The naval aviator was flying one of 10 planes that were shot down by the North Vietnamese military on the same day, according to the inscription on the statue, which McCain himself visited on a return to Vietnam in 2009.

English teacher Derek Davis from the US places an American flag and flowers in memory of the late US Senator John McCain  at the McCain Memorial in Hanoi, Vietnam 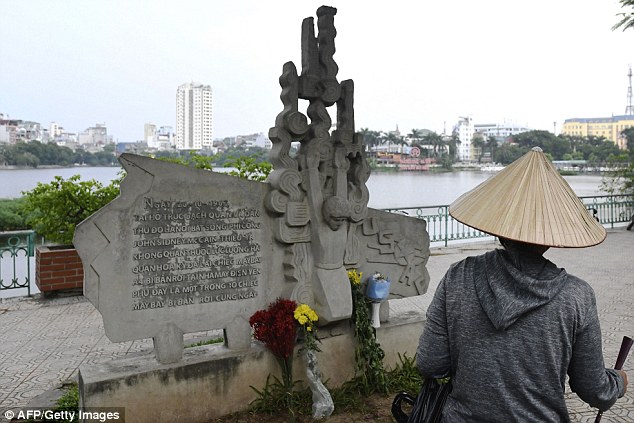 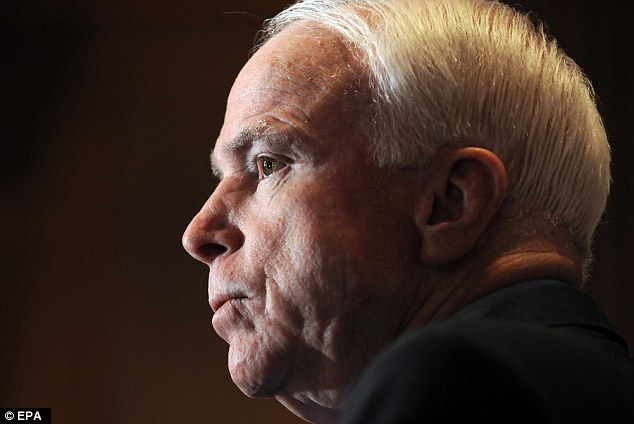 ‘I felt compelled to come out here and bring some flowers,’ said Robert Gibb, an American in Hanoi who placed a bouquet of yellow chrysanthemums at the foot of the monument after hearing the news of McCain’s death on Sunday morning. 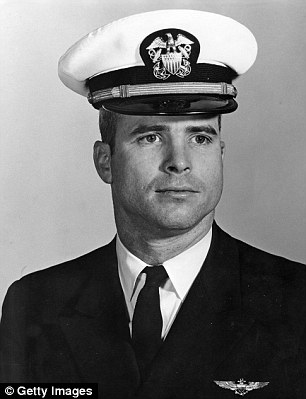 Sen. McCain, like his father and grandfather before him, attended the United States Naval Academy – where he later joked he was ‘an undistinguished member of the Class of 1958’

Gibb was one of several US citizens living in the Vietnamese capital to visit the monument with tributes. Most brought flowers. One man offered a folded US flag.

‘He was the last guy I ever voted for president,’ said Gibb. ‘The moment he dropped in here changed his life forever.’

McCain was dragged out of Truc Bach lake and spent the next five-and-a-half years as a high-profile prisoner of war in Hoa Lo prison – the infamous ‘Hanoi Hilton’ – where he said he and others were tortured.

The monument is easy to miss – the tree-lined street it stands on is now a popular tourist destination, dotted with cafes, ice cream parlors and vendors selling cotton candy from the back of bicycles. 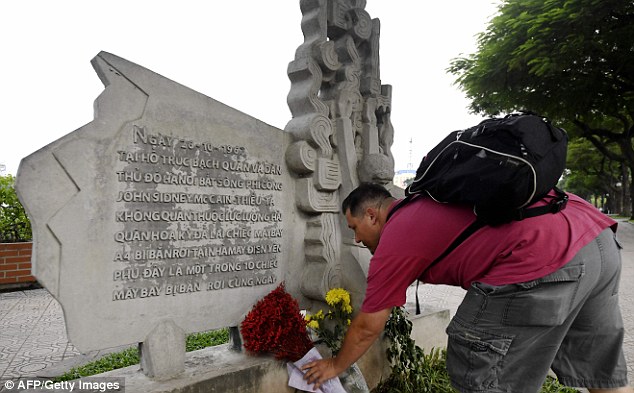 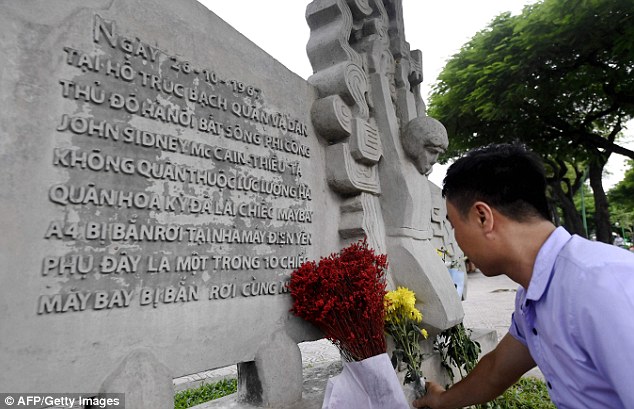 The US Embassy in Hanoi said on Sunday it planned to launch a fellowship to support a ‘young Vietnamese leader committed to public service’ to travel to the United States on a study tour annually.

The program will be named the ‘McCain/Kerry Fellowship’ in honor of McCain and John Kerry, another Vietnam War veteran who has promoted US-Vietnam issues during his political career, the embassy said in a statement.

Le Ma Luong, the former director of the Vietnam Military History Museum in Hanoi who met McCain soon after 2010, told Reuters he remembered the late senator as an articulate and professional man who contributed greatly to building relations with Vietnam.

Luong said he felt sorry that in return Vietnam had been unable to locate the ring McCain was wearing on the day he was dragged out of the lake.

‘That was the ring his wife gave him and it went missing after he was shot down and rescued. We have tried our best to find it but in vain,’ said Luong. ‘Anyone who lost a ring from their beloved would be devastated by it, not just him.’

‘His contribution to the Vietnam-US relationship will be remembered.’ 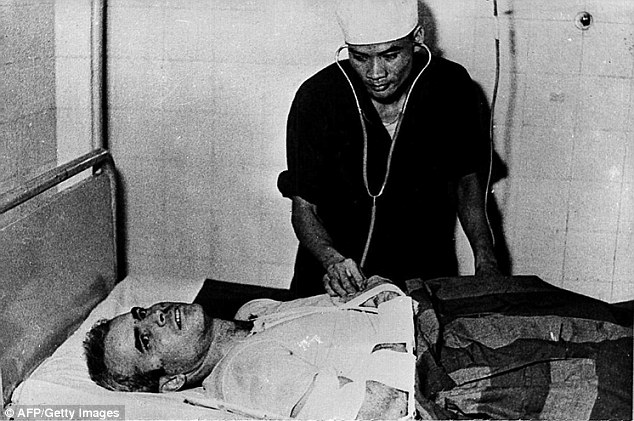 While flying combat missions during the Vietnam War, McCain was shot down in 1967 and taken prisoner by the North Vietnamese