Floyd Mayweather was oozing confidence as he arrived at the T-Mobile Arena for his highly anticipated showdown with Conor McGregor in Las Vegas.

After such a flamboyant build-up, Mayweather was in no mood to change his approach in the final hours before they touch gloves.

The Money Man was filmed dancing in his dressing room and listening to music through an iPod while wearing a gold braided jacket with his name emblazoned across the back. 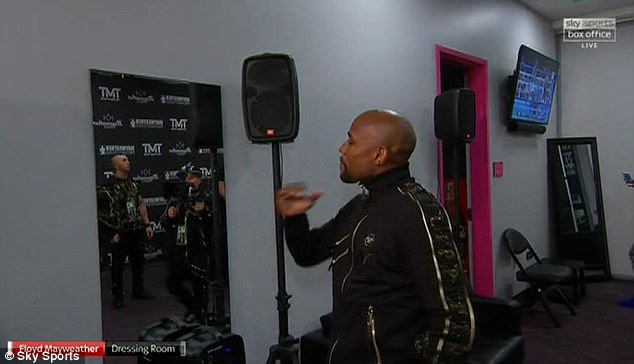 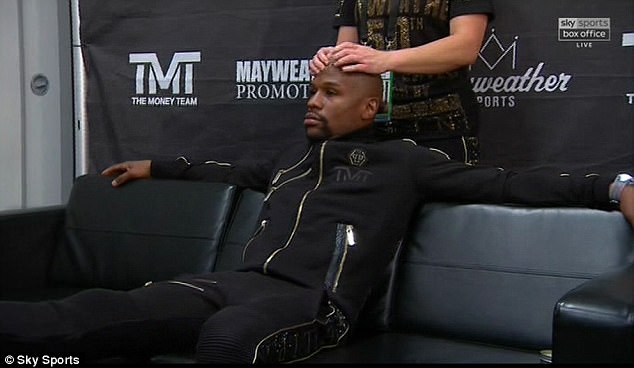 The 40-year-old was then seen having a head message as he prepares to take on McGregor in the 50th fight of his career.

Mayweather is the overwhelming favourite to emerge victorious in his money-spinning fight against the Irishman.

McGregor, 29, showed up minutes later in a sharp blue suit and purple tie. He was driven to the venue in a Rolls Royce. 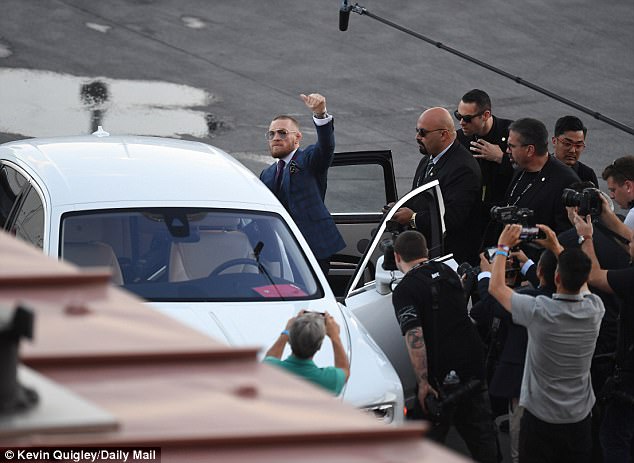 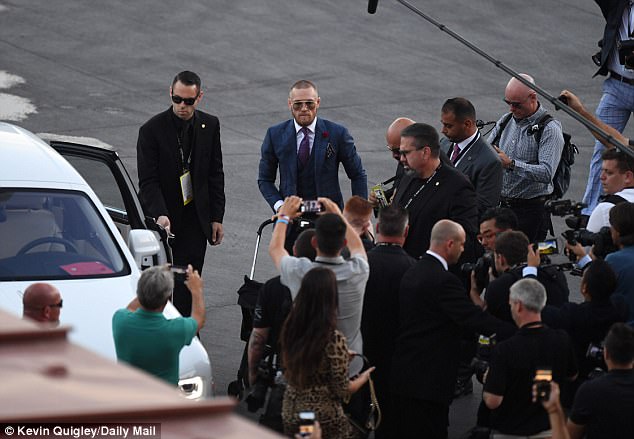 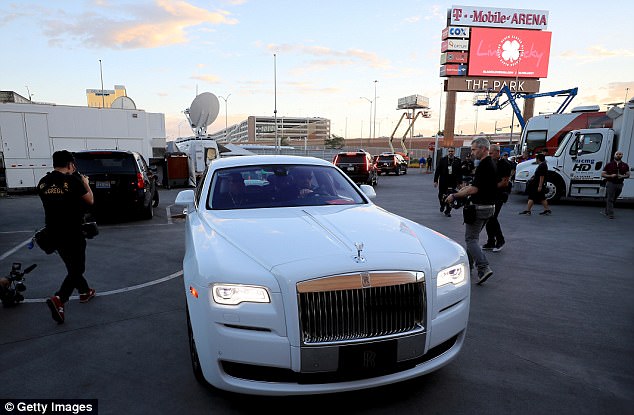 McGregor strutted into the arena alongside his girlfriend Dee Devlin, who was pushing the pram with his son Conor Jr in.

The American Mayweather steps back into the ring with a 49-0 record and is looking to reach a landmark 50th career triumph by defeating McGregor.

Mayweather weighed in at 149.5lbs on the eve of the fight on Friday, just under four pounds lighter than his opponent. 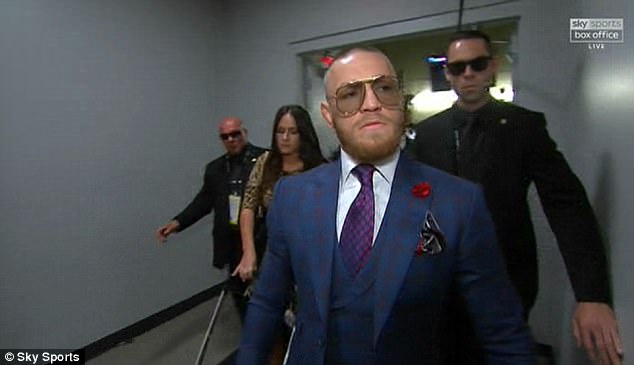 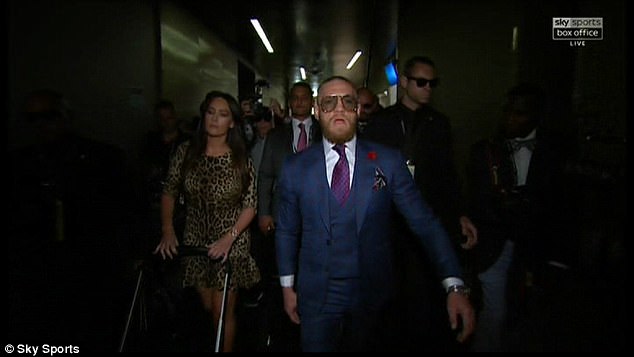 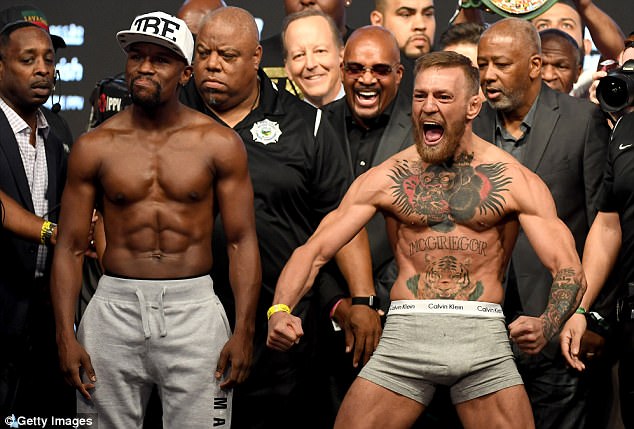 Mayweather weighed in at 149.5lbs for the fight – while McGregor came in at 153lbs

And it was McGregor who was the more vocal as they squared up for the last time before getting in the ring.

‘He looks blown out, full of water,’ McGregor said.

‘That’s the worst shape I’ve ever seen him in. I am going to breeze through him, trust me.’