Retired boxer Floyd Mayweather has been slammed by animal welfare organisation PETA after getting a £15,000 car seat lined with real mink fur installed into his new Rolls-Royce Cullinan.

Mayweather, 45, has an extensive history of flashy purchases, with the 50-0 boxer owning over 100 cars, and the American recently added to his collection with a brand new, custom made mink fur-lined £293,000 Rolls-Royce, made by Obi Okeke – better known as Doctor Bugatti.

Having become a grandfather last year, after his daughter Yaya gave birth to her first child, Mayweather ensured his new car was built to accommodate one-year-old Kentrell Jr, splashing out on a car seat also specially lined with mink fur.

PETA – or People for the Ethical Treatment of Animals – subsequently issued a statement condemning Mayweather, describing the car seat as a ‘monstrosity’ and imploring the American to ‘teach kindness, not cruelty.’

The organisation referenced Mayweather’s 2010 arrest for domestic violence – which saw him sentenced to 90 days in jail after pleading guilty to the charges – in the statement.

‘Did Floyd Mayweather, who has a history of assault and battery of defenseless victims, really seek to update it by supporting an industry that throttles animals to death in addition to poisoning and electrocuting them?’ PETA said, as per TMZ.

‘This man is hardly a role model for compassion and understanding, but to try to make cruelty look attractive to a child could earn him a medal for corrupting the natural kindness of a minor.’

It continued: ‘PETA is calling on Mayweather to take a jab at teaching kindness, not cruelty, by replacing this monstrosity with faux fur, as most designers, department stores, and consumers have – and PETA would be happy to provide it.’

Floyd Mayweather has been slammed by PETA after showing off his new £293,000 Rolls-Royce 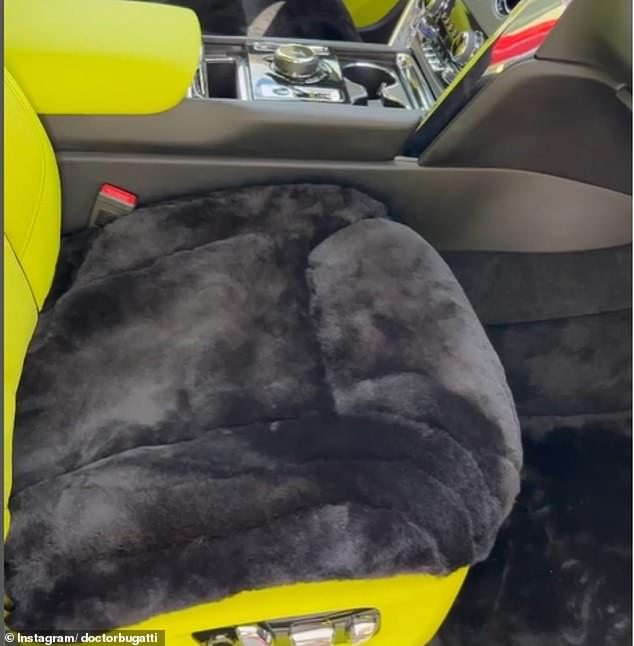 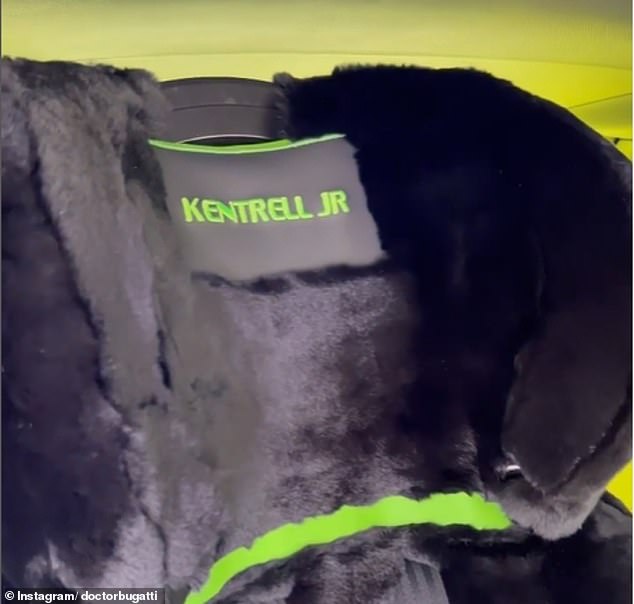 Inserted in the car is a £15,000 mink fur-lined car seat, made specially for his one-year-old granddaughter Kentrell Jr

It’s not the first time Mayweather has had a run-in with PETA, having also clashed with the organisation in 2012 following the American’s comments during a training camp in which he referred to the ring as a ‘doghouse’.

Mayweather was also slammed by animal rights campaigners, including PETA, in 2017, after videos emerged of the boxer walking a tiger on a lead in a hotel room.

Elisa Allen, Director of PETA UK then said: ‘If Floyd Mayweather cared about tigers at all, he would transfer this animal to a reputable sanctuary and put his muscle and money into protecting them in their natural habitats.’

Mayweather was also the subject of criticism from PETA two years prior, having posed for a photo, again with a tiger, which he claimed had been gifted to him. 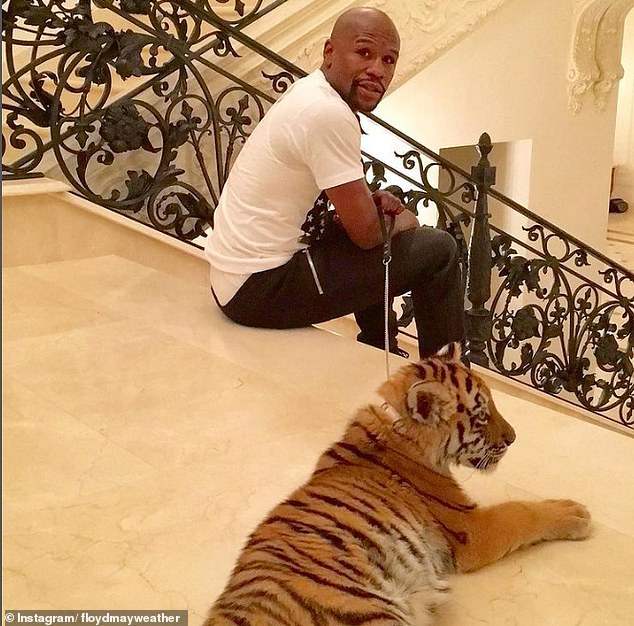 Mayweather, 45, received fierce backlash in 2015 after positing a picture holding a tiger inside on a lead

Mayweather has been retired from professional boxing since 2017, when he claimed his 50th win with victory over UFC star Conor McGregor in Las Vegas.

The American has since shared the ring with Tenshin Nasukawa, a well-known Japanese kickboxer, Logan Paul and most recently Don Moore in a series of exhibition fights.

He is set to fight once more against Mikuru Asakura in September, and has also discussed a possible return to professional fighting.

Speaking to FightHype, Mayweather said: ‘I got three more exhibitions this year, could be one fight and two exhibitions.

‘But guess what, you better know it’s at least and this is the lowest I’m talking about $200million.’

Mayweather won all 50 of his fights as a professional, claiming 15 major world titles in doing so, and as a result is regarded as one of the greatest boxers ever. 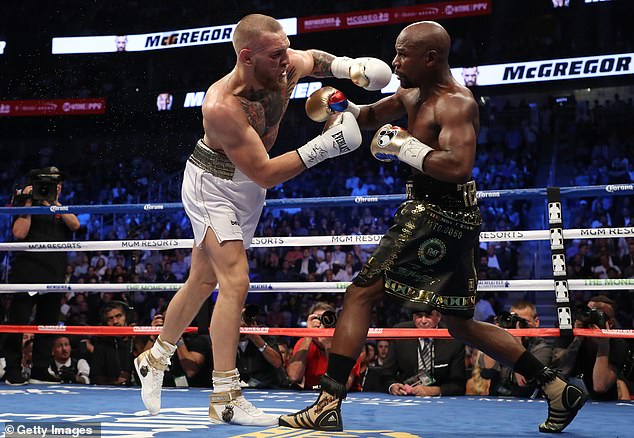