Just 48 hours before he begins limbering up for the final fight of his career, Floyd Mayweather is strutting his stuff for the cameras.

In the heart of the MGM Grand Garden Arena, Mayweather looks as comfortable in his designer threads as he has proved to be in the boxing ring.

Bedecked in a grey checked suit, black shirt and sunglasses, the 40-year-old conducts interviews with promoters and broadcasters Showtime, before posing for Hublot watches. 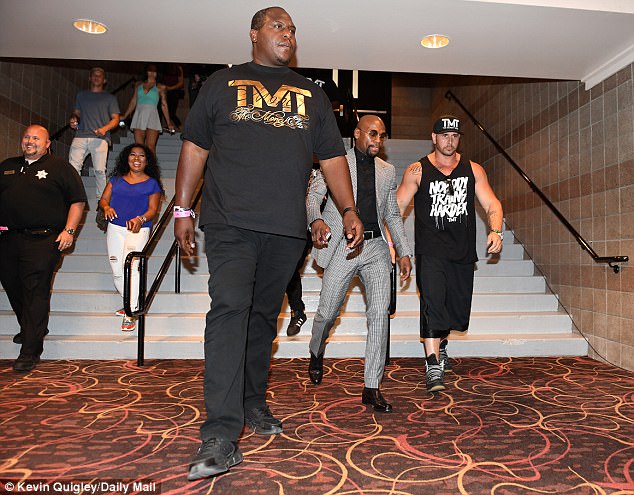 Throughout, Mayweather Promotions CEO and long-time ‘Money’ right-hand man Leonard Ellerbe remains glued to the fighter’s shoulder, while his head of media, Kelly Swanson, steers him to the various promotional commitments inside the MGM.

But it’s the other members of Mayweather’s entourage who have caught the eye both during the x-rated global media conferences and again in Las Vegas this week on the eve of Saturday’s clash against Conor McGregor.

It’s those huge, muscle-laden minders that stand out, as they dwarf the former five-weight world champion whenever he takes to the stage.

The heavyweights were loyally by Mayweather’s side again on Thursday afternoon in Vegas; biceps bulging from vests bearing the motto ‘Nobody Trains Harder’.

Whether Mayweather is visiting his newly-opened strip club or addressing more than 1,000 members of the world’s media at a press conference, these bodyguards are a permanent fixture.

Eight of them are by his side at all times; whether he is travelling the world or working closer to his opulent Vegas home. 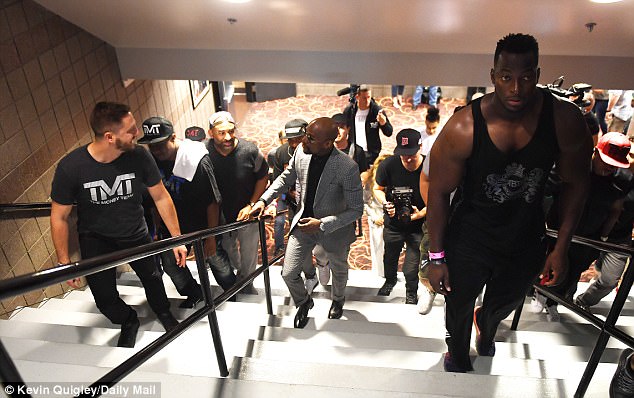 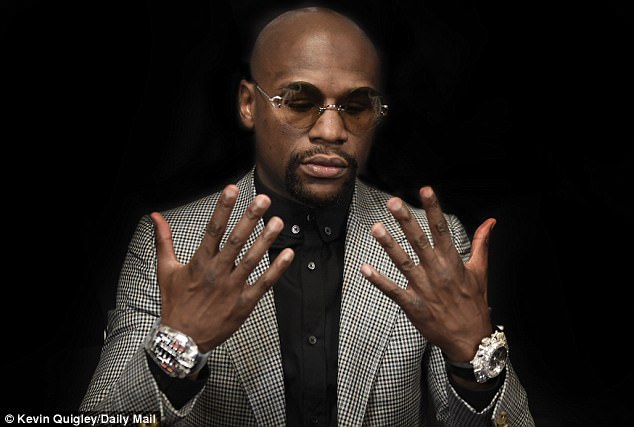 There’s far more to The Money Team than simply bodyguards though. Family, friends and children took up four rows of seats to see Mayweather at the final pre-fight press conference of his career on Wednesday.

Among the 50 or so enjoying a watching brief were his personal barber, pilot and videographer.

However, members of TMT rubbish suggestions that they are merely tagging along with Mayweather to fill their pockets. 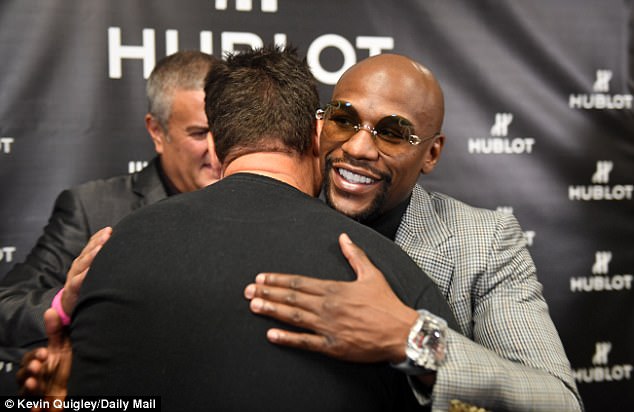 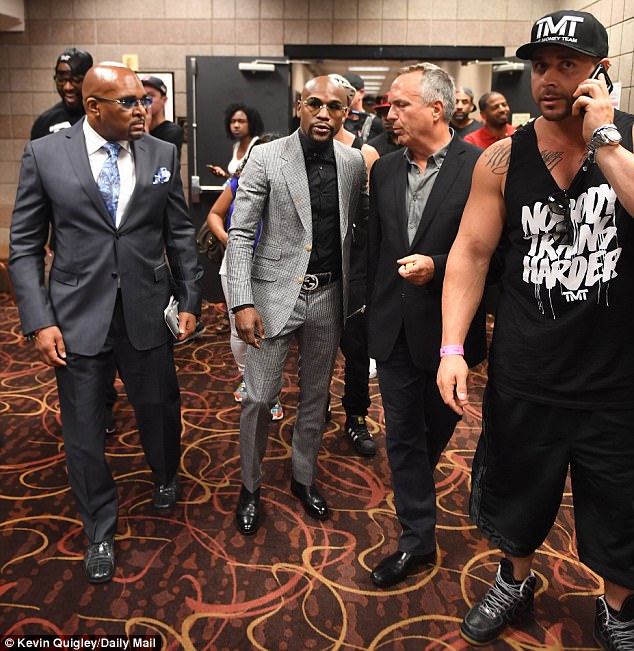 ‘People think everybody freeloads off Floyd. But people around him actually work hard for their earnings,’ Melissia Brim, mother of his oldest daughter Lyanna told the New York Post.

The scale of Mayweather’s entourage will be seen once more when he appears at the T Mobile Arena on Friday afternoon in Vegas for the weigh-in, and again when he travels down the aisle on his way to face McGregor 24 hours later.

Until that opening bell rings, Mayweather isn’t going to be left alone. 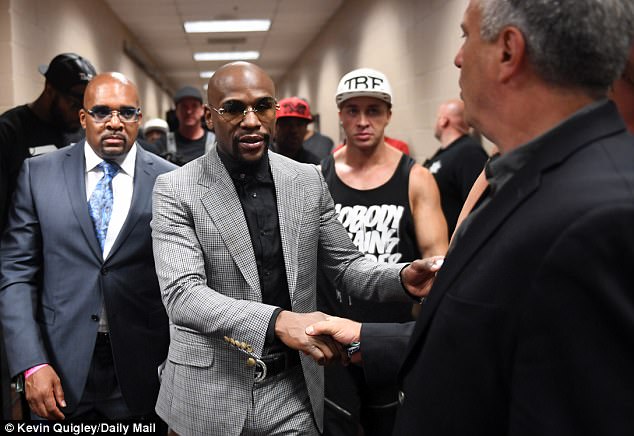 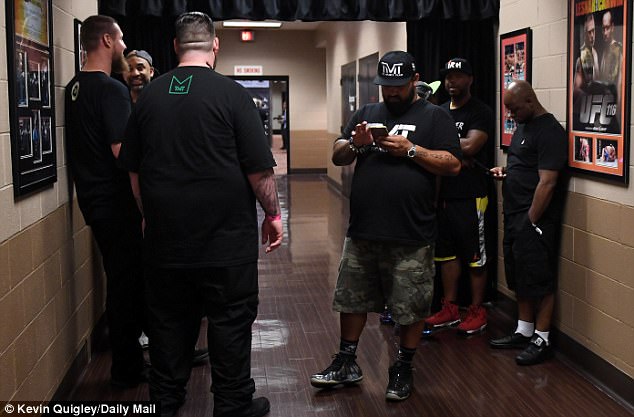