Fly your drones safely this Christmas, CAA chief pleads, warning that the popular present can affect air ambulances – which are expected to make 1,000 life-saving missions this year


Aviation chiefs have urged people to fly drones safely to protect low-flying air ambulances, which are expected to make around 1,000 lifesaving missions during the festive period.

With thousands of drones expected to be given as presents this Christmas, Mr Nicholson said: ‘With more than 400,000 registered drone owners across the UK, and more expected to be added during the festive period as people receive new drones for Christmas, we’re asking all drone users to fly safely and to especially be on the lookout for low-flying helicopters.

There have been close to 500 close calls between drones and aircraft in the past ten years, with up to 125 in a single year.

Aviation chiefs have urged drone users to take care when flying. Earlier this year an air ambulance in Leicestershire avoided a mid-air collision with a drone by just 30 feet. Pictured: A Cornwall air ambulance takes off 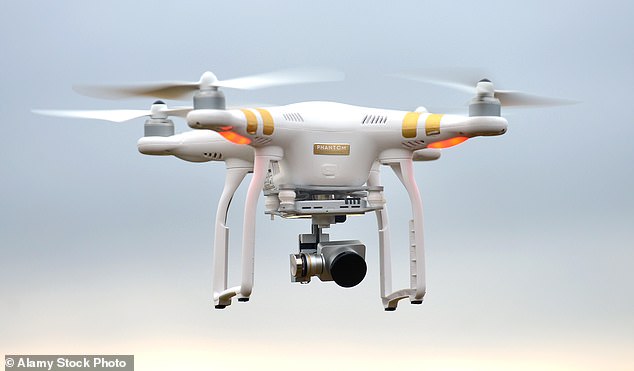 Only in October an air ambulance avoided a mid-air collision by just 30ft in Leicestershire.

Luckily the helicopter pilot spotted the drone but had to drop altitude sharply to avoid hitting it.

What does the law in the UK say about flying drones?

There are a number of rules to avoid air collisions with drones.

Drones have to stay below a height of 400ft and at least 164ft from any cars, buildings or members of the public.

Some key elements of the UK’s drone rules that users need to follow are:

‘In many cases when flying below 400ft drones and helicopters have equal access to airspace but in reality a drone user is much more likely to see and hear an approaching helicopter.

‘So, we ask drone users in those situations to keep their drones well away and land if possible.

‘They can then help to make sure that life-saving helicopters can operate safely.’

The CAA said air ambulance charities across the UK were expected to fly around 1,000 lifesaving missions during December with a total of about 180 crew members and 40 helicopters operational each day. 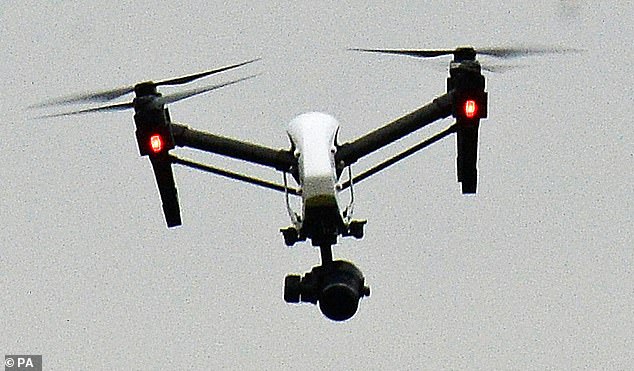 Simmy Akhtar, the head of Air Ambulances UK, said: ‘Air ambulance charities right across the UK have continued to provide their vital lifesaving services to those in desperate need of pre-hospital critical care throughout the pandemic and beyond.

‘Now, during the festive period, drone users can do their bit to support our air ambulance charities too.

‘All of us at home can play a part in keeping our sky safe this Christmas by being mindful of the CAA’s drone regulations.’