The Real Madrid squad have started their journey to England ahead of their Champions League clash away to Manchester City on Friday.

City have a 2-1 lead from the first leg in the last-16 tie having secured victory when the sides met at The Bernabeu in February.

Real Madrid captain Sergio Ramos is suspended after being sent off in the closing stages of the first leg, but he is still travelling to England to give his team support. 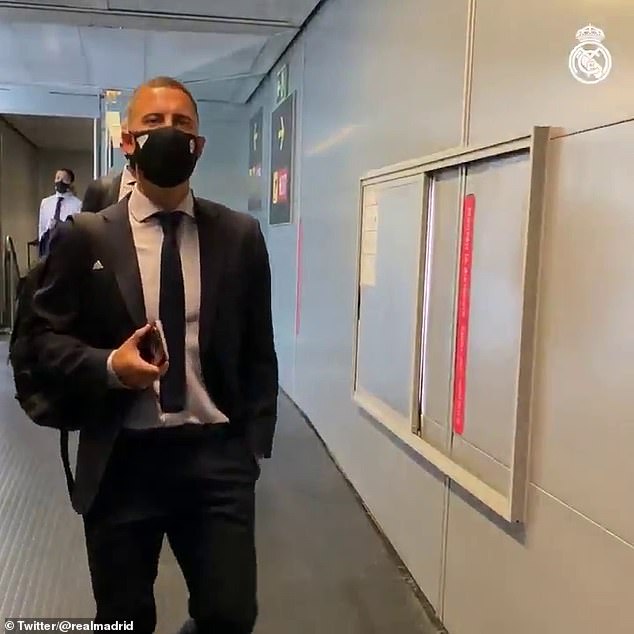 Ramos was pictured wearing a suit and a mask as he boarded the plane.

The likes of Raphael Varane and Karim Benzema smiled as they posed for a picture, while Eden Hazard was also in good spirits.

Another player who won’t be involved at the Etihad Stadium is Gareth Bale, who was left out of Real’s travelling squad. 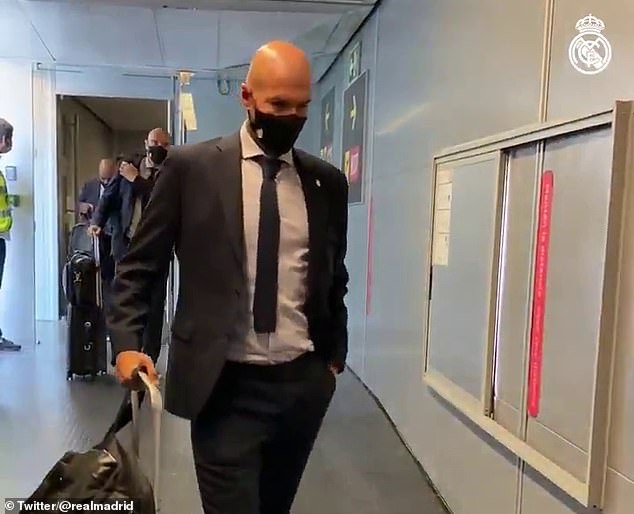 Bale has been used sparingly recently having fallen out of favour with Zinedine Zidane.

Mariano Diaz was also not included after he recently tested positive for Covid-19.

The winners of this tie will face Lyon or Juventus in the quarter-finals.

Real will go into the game with confidence having been crowned LaLiga champions.