Christmas is over – but it’s more than likely the leftover food is not.

We pick at ham, pigs in blankets and cheeses, and eat turkey sandwiches for days on end after the big feast.

But food does spoil and, without keeping a careful watch, can cause food poisoning, especially when it’s left out of the fridge.

In a piece for The Conversation, Dr Duane Mellor, Dr Claire Munialo and Lisa Winnall, lecturers in food, nutrition and safety at Coventry University, reveal when it’s time to put the food down.

The UK Food Standards Agency advises that cooked turkey should be eaten or frozen within two days of cooking.

As soon as the meat has cooled, cover it carefully and put it in the fridge. Slicing can help to cool the meat quickly.

If you prefer your leftover turkey warm, don’t reheat the meat more than once as this can provide extra opportunities for bacteria to grow and produce toxins on the way to getting above 75°C (167°F), which kills these bacteria.

Although heating the meat above 75°C (167°F) for a second or third time will kill the bacteria, it won’t destroy the toxins.

WHY YOU MUST STORE FOOD IN SHALLOW CONTAINERS

Hot or warm food can be placed straight into the refrigerator.

However, to avoid bacteria build-up, you should cut up the food into pieces and store them in shallow, tight containers or tight wrap.

The danger is that big soups, whole turkeys, or entire pies will retain their heat for longer.

Most food can tolerate being warm for two hours. But after that, there is a strong risk that food will start developing dangerous levels of bacteria.

Separated into small portions, you know it will chill quickly.

Pickles and preserves, including the festive favourite, mince meat, are prepared with vinegar, which makes them acidic, or with added sugar, which reduces the water activity.

Both of these makes them less welcoming for bacteria, as acidity damages the bacteria, and reduced water dehydrates them, literally sucking out the water bacteria contains.

Pickles and preserves keep best when they are sealed and may, depending on the type of pickling or preserving, be kept in the fridge after opening, but check the label to be sure.

The cheese board is a Christmas favourite. Although cheese can keep over the holiday period, it needs to be wrapped and stored to avoid mould growing on it.

Although food safety experts suggest that it’s OK to cut off any mould that has grown on hard cheese, this isn’t what the Food Standards Agency recommends for food producers.

It’s best to remove any discoloured cheese along with the mould and at least 1-2cm of cheese.

Soft cheeses, should be discarded if they are mouldy. And they need strict temperature control, so just serve what you think you’ll eat and keep the rest in the fridge. And don’t eat it after its ‘use by’ date. 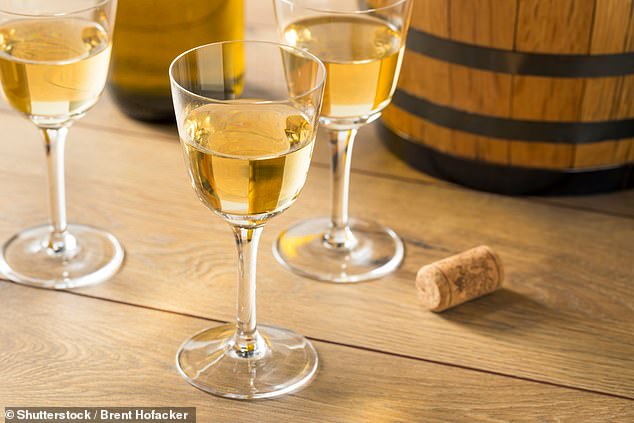 Leaving wine open is less of a safety issue as alcohol is a preservative. It is more about quality and flavour.

Leaving wine open will mean the oxygen in the air will react with chemicals in the wine, including polyphenols, leading to a loss of colour and fruity flavours.

Although you will notice changes in flavour after the first day, un-oaked white and rosé wines can be kept in a fridge for up to a week.

Red wine and full-bodied, especially oaked, white wines tend to oxidise more rapidly and are only drinkable for three to five days after opening, if kept in a cool, dark place.

Sparkling wines lose their fizz after a day or two, but fortified wines, like port and sherry, are drinkable for up to four weeks after opening, if stored in a cool place.

Smoked salmon should be kept in the fridge and used within three days of opening, unless the use by date is sooner. All leftover pigs in blankets should be wrapped in foil or cling film after cooling and kept in the fridge (this should be done in the shortest time possible). This stops them from being contaminated by other food, and is a good food safety rule to apply to any cooked leftovers.

Pigs in blankets should be eaten within three days.

Ham is cured with salt, which draws out water, making it harder for bacteria to grow. When this is combined with cooking – where heat kills off any remaining bacteria – the shelf life of ham increases and, as a result, a whole cooked ham can be stored in the fridge for up five days. Reduce this to three days if it is sliced.

Paté can contain listeria, a type of bacterium. Leaving paté out of the fridge increases the chance of bacteria multiplying, so it should be kept covered in the fridge and should be discarded after the ‘use by’ date has passed.

Listeria is a big problem for the elderly and anyone whose immune system is compromised. It can also be a problem for pregnant women as it can trigger an abortion, especially early in the pregnancy. For this reason, pregnant women are encouraged to avoid paté.

As a minimum, stuffing is made from bread, vegetables and spices. It should be kept in the fridge or in a cool place and consumed within four days of preparation.

But if your stuffing includes sausage meat, it should be eaten within three days.

The traditional way of putting stuffing inside the cavity of your roast bird is not recommended as it can make it difficult to get the meat up to a high enough temperature to kill off all the bacteria. 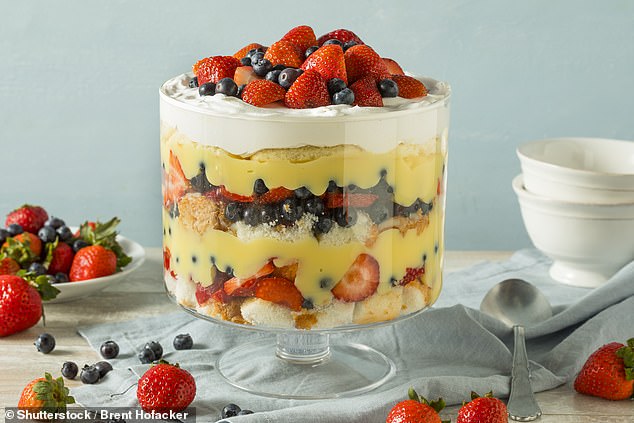 Warm custard is a perfect medium for growing bacteria, so it’s best to store it in the fridge. Homemade custard can be kept for up to two days.

If you don’t use it all in one day, transfer the custard to a container, cover it and put it in the fridge. Trifle usually also contains custard, so the same rules apply.

If you follow these tips, you will minimise food waste and avoid getting food poisoning. Have a safe and merry Christmas.