By Rose Prince for the Daily Mail

As Noel Coward said, only ‘mad dogs and Englishmen go out in the midday sun’ – but this crazy Englishwoman went a step further yesterday.

In a lifetime of cooking breakfasts, I’ve never had the opportunity to make a solar-powered full English one.

Let me explain. You know the expression ‘so hot you could fry an egg on it’? Well that was Britain’s streets yesterday.

As the mercury soared in London – and with the sunny optimism of our new Prime Minister (himself a fan of the full English) felt everywhere – I thought: Why not try a sun-cooked breakfast?

Yet the egg I cracked into a frying pan on the hot pavement refused to sizzle: It merely poached in slow motion. I reckoned it would take most of an hour to cook while, presumably, bacteria proliferated.

So I opted for Plan B: The ‘solar oven’. This is an insulated box on to which you reflect the sun’s rays, cooking the food from above and below.

To make one, I found an empty pizza box, lined it with newspaper and covered the inside with aluminium foil. This reflects the sun’s rays on to the surface of the food.

Pop some oil into your frying pan, place it inside the box on top of the newspapers and cover it quickly with cling film to keep the heat in. 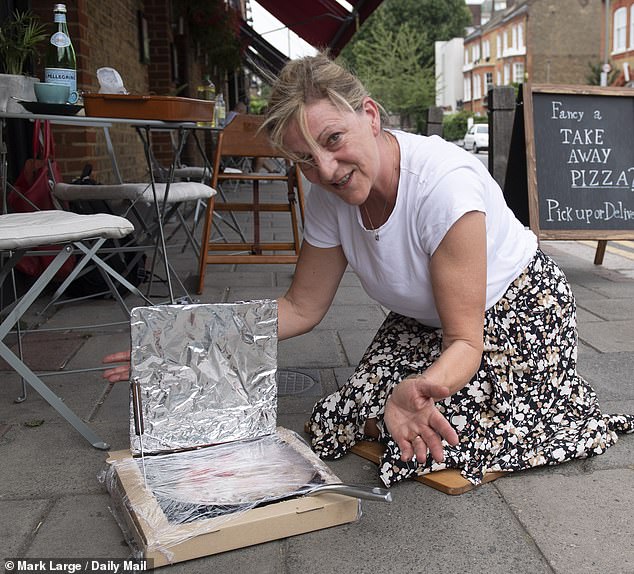 Covered with clingfilm and with foil directing the searing sunlight onto the pan, the fry-up is sizzling away in no time

I confess that, working to a tight deadline, I briefly warmed my pan first, but this merely speeded things up at the start – all the true cooking was done inside the box.

With the whole thing sealed in clingfilm, I aimed the tinfoil ‘solar panel’ so the sun’s rays hit the pan from above. The clingfilm immediately softened and shrank, and I quickly began to hear a healthy sizzling.

I stared in delight as, with the help of the sun and insulation, the solar box steadily cooked a solid full English.

It’s not like when you use a hob and when you take a pan from the heat the cooking stops immediately. Here, heat builds and is sustained. Under the clingfilm it is as hot as Hades.

After a few minutes I lifted away the hot clingfilm and… Eureka! The egg is cooked perfectly. The bacon is well on the way; there’s a hint of brown on the mushrooms and the tomato is well cooked. The sausage, while nicely browned, looks raw inside. In future, I’d cook it first.

It was an experiment I was delighted to have tried. 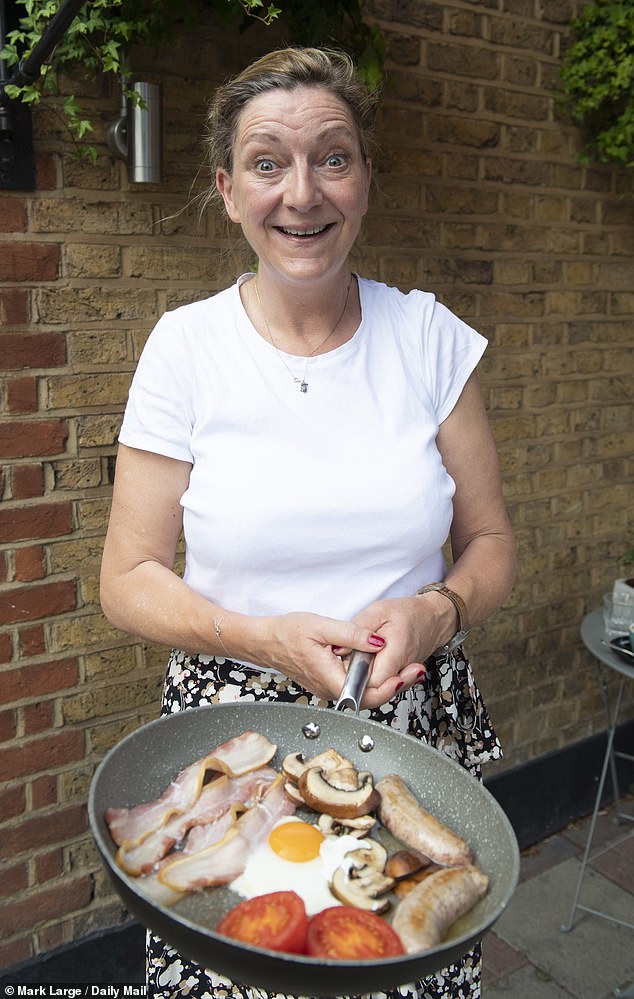 A partial success: Rose was pleased with her efforts, although the sausages were not very well cooked