An innovative food lover has mastered the art of crisping the skin on roasted chicken using her $400 Dyson hair dryer.

Food writer Helen Rosner took to Twitter on Thursday to share a photo of herself using the pricey hair dryer to remove excess moisture from a whole chicken before roasting it in the oven.

‘Happy snow day, I am using an astonishingly expensive hair dryer to remove all moisture from a chicken to maximize skin crispiness when I roast it,’ she tweeted.

Amazing: Food writer Helen Rosner took to Twitter on Thursday to share a photo of herself using a $400 Dyson hair dyer to remove the moisture from her chicken before roasting it 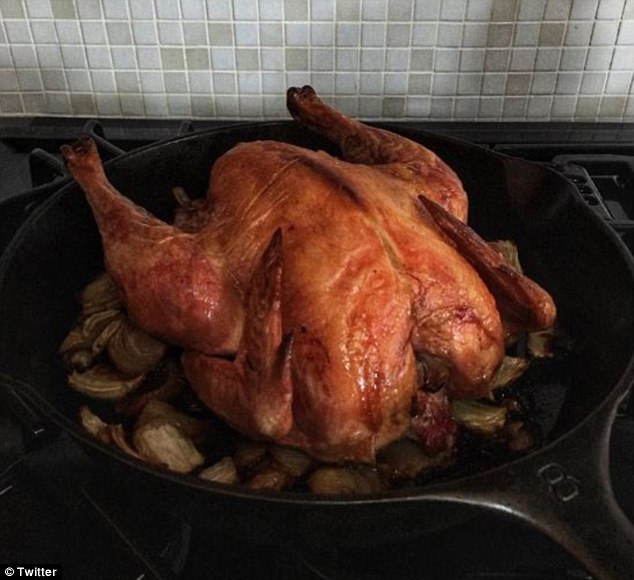 Perfection: Rosner explained she uses the technique to ‘maximize skin crispiness’ when roasting the bird in the oven, and the final result looks delicious

Rosner explained in the thread that she salted and air dried the chicken for 24 hours before putting her Dyson on cool to get rid of any leftover moisture.

She advised using a ‘super think layer’ of butter or oil on the bird and placing it on roughly-chopped vegetables to help air flow. For this particular meal, she used fennel and shallots.

To ensure crispiness, she started the chicken in a cold pan and cold oven, incrementally raising the temperature to 450 degrees over 80 minutes. 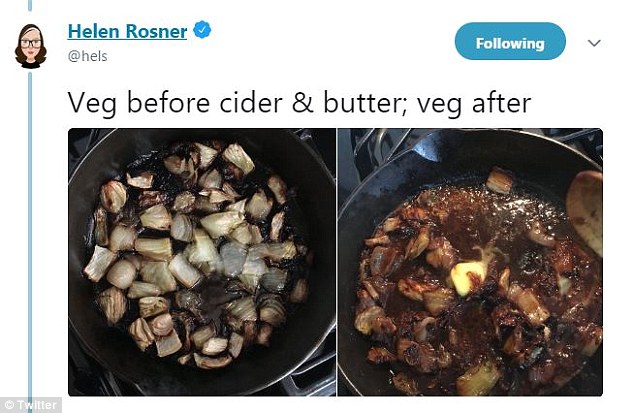 Yum! Rosner roasted the bird over chopped fennel and shallots, and after it was cooked, she added cider and butter to the vegetables 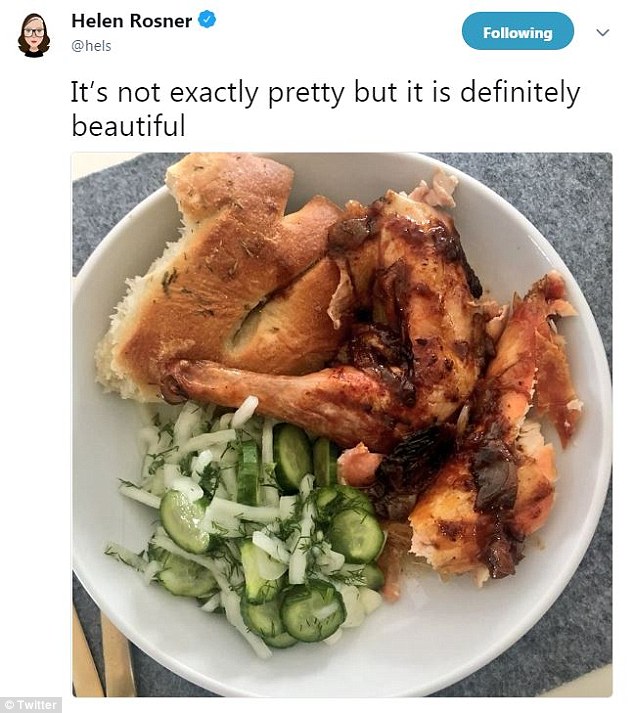 Delish: Rosner shared a photo of the chicken on her plate after she cut it up

Take that: Culinary guru Marcella Hazan pioneered the technique in the late 1970s, and she had no problem hitting back at her critics

Just a thought: One person couldn’t resist asking if the quality of the hair dryer had anything to do with the crispness of the chicken

Use what you got: Rosner explained that the Dyson is the dryer she happens to have

Rosner told one user that she found that her cooking technique ‘makes for meltingly tender insides and ultra perfect outsides.’

After the chicken was perfectly roasted, the writer shared a photo of the end result, writing: ‘Hello, gorgeous.’ 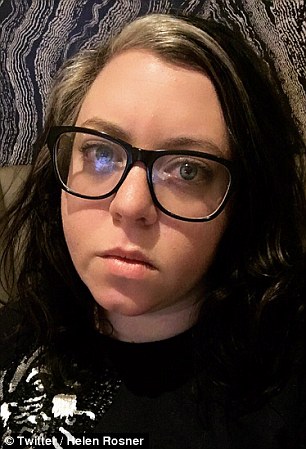 Food lover: Rosner write about food for the New Yorker

The foodie continued the impromptu cooking lesson by telling her followers to move the chicken to a cutting board while leaving the veggies in the pan.

Rosner topped off the vegetables with one to two tablespoons of butter and a  1/2 cup of liquid. She noted that wine, beer, cider, or even water would work.

She explained that you should stir the mixture until ‘all the brown bits are unstuck and the sauce is silky. When you’re done, add lemon juice and serve with the chicken.

While using a hair dryer to prep a piece of meat may seem strange, the technique actually dates back to 1978. It was pioneered by culinary guru Marcella Hazan, who used a blow dryer while prepping roasted duck.

Rosner had no problem informing anyone who doubted her tried and true technique that there was a method to her madness.

‘Hello to all the covertly misogynist folks in my mentions right now who don’t seem to realize that a handheld hair dryer is the same thing as the very manly toolshop hot air gun, or that this method has a long history with Peking Duck!’ she wrote.

Getting in on the fun: Dyson happily commented Rosner’s photo, joking that its hair dryer won’t ‘overheat your hair… or your chicken’

Status symbol: Adria Kloke said Rosner was portraying ‘quite a lifestyle’ with the photo

Added touch: Benjamin A. Wurgaft suggested that she should combine her hair dryer with a blow torch 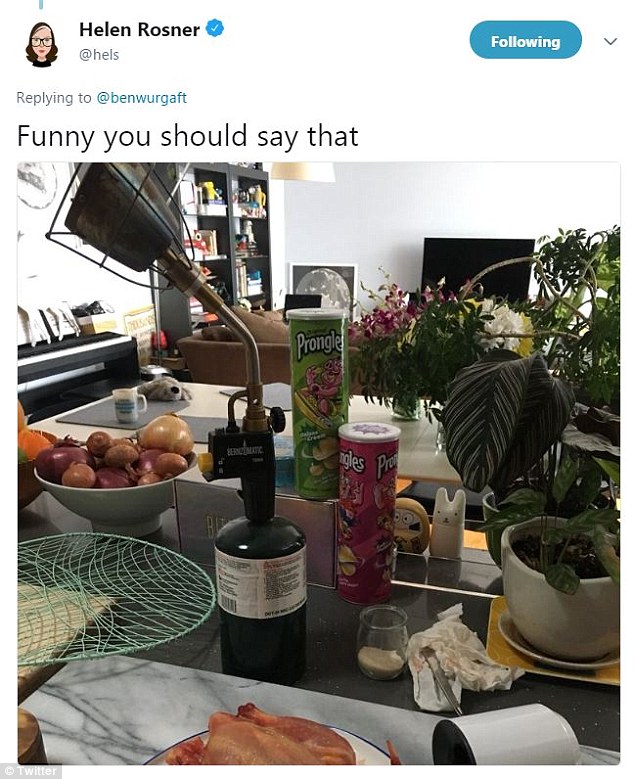 Coincidence: Rosner shared another picture that showed their was a blow torch on her kitchen counter

‘Coupled with this fire manicure, the elements of this pic portray quite a lifestyle,’ Adria Kloke wrote, prompting Rosner to joke: ‘I’m basically a fat pro-science goop.’

Even Dyson got in on the fun, with someone from the brand’s Twitter account commenting: ‘Engineered to not overheat your hair… or your chicken.’