Hasan Hamad shared the recipe in a video, which now has a staggering 4.2million views, to his popular TikTok page ‘Hassan Eats’.

In the clip, the home cook, from the United States, makes battered Oreos in an air-fryer with just pancake mix, milk, icing sugar and the popular biscuit.

The indulgent treat only takes three minutes to bake, making it perfect for those who are time poor or after an evening snack.

America foodie, Hasan Hamad, shared his recipe for air-fried Oreos in a video to TikTok that has racked up a whopping 4.2million views

Hasan starts by combining the pancake mix with about half a cup milk, creating a thick batter.

He coats the Oreos in the batter then places them in the air fryer for three minutes at 390 degrees Fahrenheit (200 degrees Celsius).

After three minutes the Oreos come out looking golden brown and Hasan finishes with a dusting of icing sugar on top. 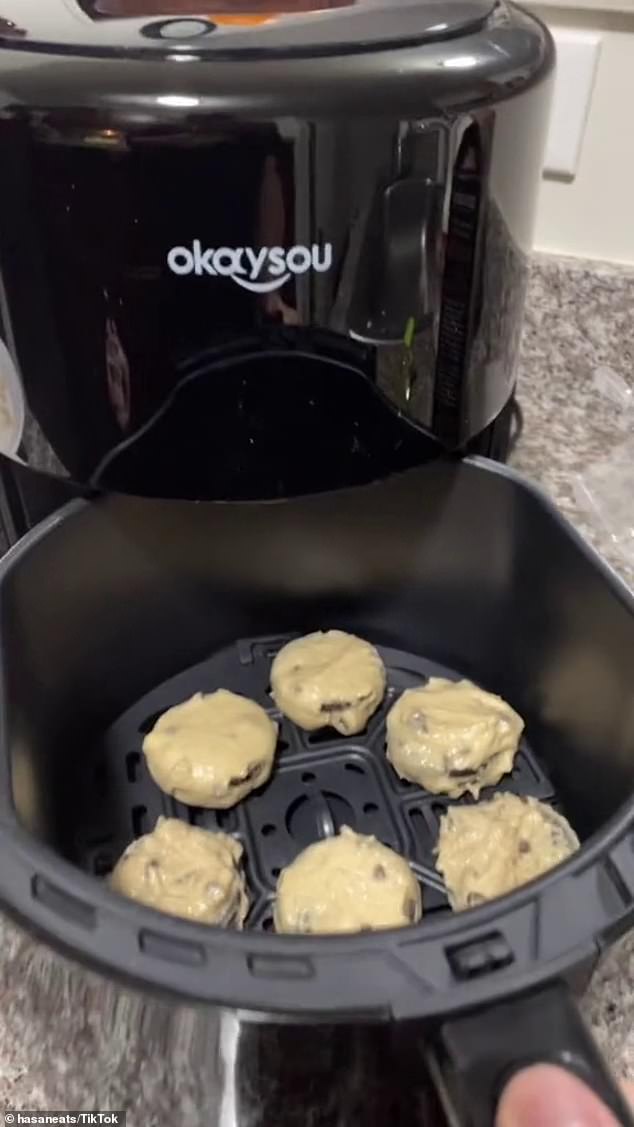 How to make air-fried Oreos:

1. Pour the pancake mix into a bowl and add roughly half a cup of milk to create a thick batter

2. Dip the Oreos in the batter making sure to coat them all over

3. Place the battered Oreos into an air-fryer for 3 minutes at 200C

4. When they are golden brown, take them out of the air-fryer and dust with icing sugar to serve.

The video was flooded with comments of TikTok users praising the simple recipe and suggesting their own modified versions.

‘I’m 38 weeks pregnant and I just jumped off the couch – they’re in the air fryer now,’ one woman said.