The engine’s flooded! Foolish trucker tries to drive through high water and gets stranded on his floating pick-up

An overconfident motorist gets stranded on his floating pick-up truck after he attempts to drive through a flooded underpass in astonishing footage.

The clip, filmed in Spartanburg in South Carolina, captures the foolish trucker as he passes a parked car and approaches the murky high water.

As the red Chevrolet moves closer to the flooded underpass, a motorist filming the incident jokes ‘let’s watch this s***’ from his position parked safely away from the water. 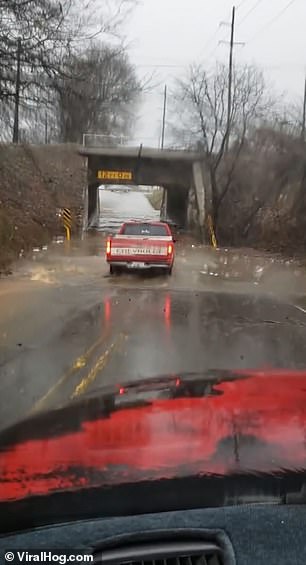 In an astonishing clip, an overconfident motorist drives towards a flooded underpass in Spartanburg, South Carolina – and gets stranded when his vehicle begins to float

The overconfident truck driver continues to drive forward through the murky water until his vehicle begins to float as the water becomes too deep.

‘Oh he’s floating buddy’, the motorist says, as another passenger muses ‘I don’t know why the hell he tried.’

Moments later, a police car is seen arriving at the other side of the underpass.

The clip then cuts to another scene, in which a man is seen standing on the top of his truck as the nose of the vehicle sinks into the water. 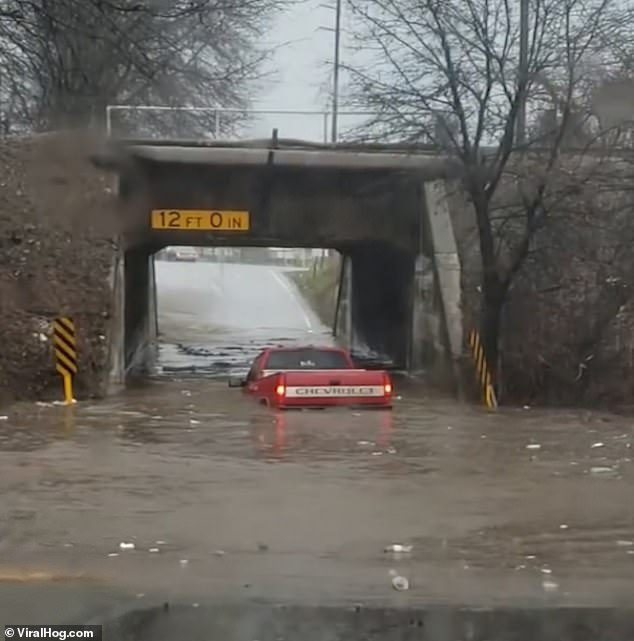 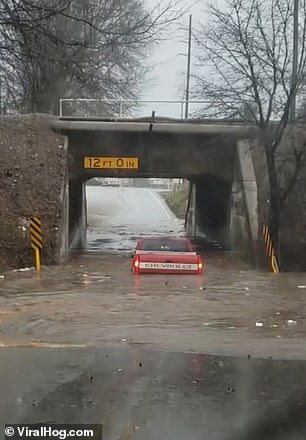 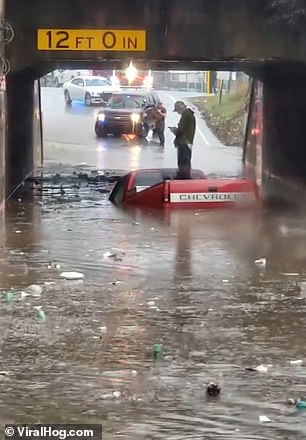 Dozens of plastic bottles are seen floating in them murky water as the flood grows outside the underpass and cars are seen turning away on the other side.

The motorist, who captured the footage on February 6, said: ‘A red Chevrolet passed me to go under the underpass, which was flooding.

‘He got half way, and his back end started floating. He then climbed through the window to the back of truck. The truck continued to sink while I recorded.’

More than 5.36 inches of rain fell in the Spartanburg on February 6, according to the National Weather Service, setting a new one-day record in the area.