This is the moment a squad of Russian soldiers were filmed after they were allegedly captured by Ukrainian forces on the battlefield of Luhansk.

The clip was posted on Telegram messenger and taken during the intense fighting in the country’s eastern region, as the city of Sievierodonetsk suffers under heavy bombardment.

The footage claims to show 14 captured Russian troops sat down and tied up, The Daily Express reports, as Russia continues to pour in more servicemen to keep up the fight for Eastern Ukraine.

Governor of Luhansk, Serhiy Gaidai earlier said that Vladimir Putin was piling in extra soldiers into his attempt to seize Sievierodonetsk.

He said: ‘Today, tomorrow, or the day after tomorrow, they will throw in all the reserves they have, because there are so many of them there already, they’re at critical mass.’ 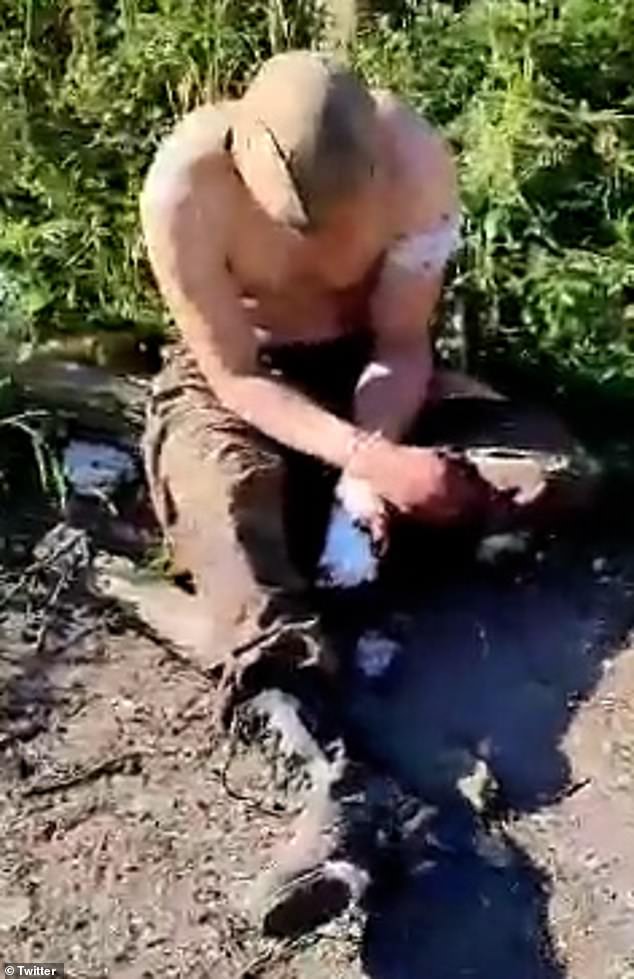 The footage, taken in the country’s eastern region, claims to show 14 Russian troops lay down their arms in surrender to Ukraine

Ukrainian armed forces admitted today they had suffered a setback on the outskirts of Sievierodonetsk as they called for more military aid.

Ukrainian MP Ivanna Klympush-Tsintzadze told Sky News that the country was losing territory and at risk of defeat in its eastern battle unless more weapons arrived.

She added that Ukraine’s military resources were outnumbered 10-1 by Russia.

Four months of brutal fighting in Ukraine appear to be straining the morale of troops on both sides, prompting desertions and rebellion against officers’ orders, defense officials said today, while NATO’s chief warned the war could drag on for ‘years.’ 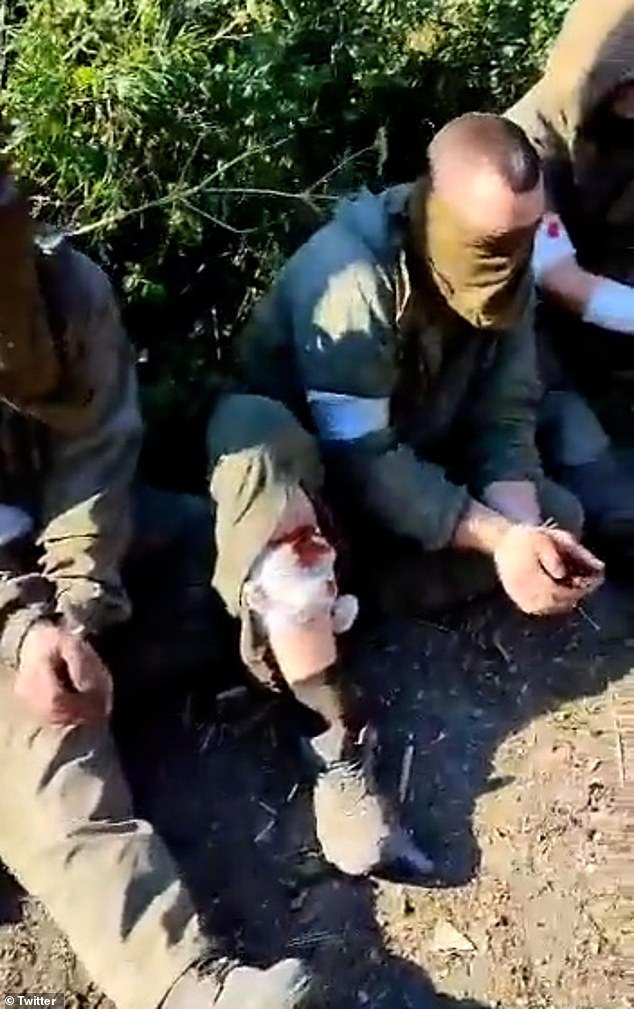 Ukraine has urgently demanded more military aid in the fight for Luhansk and other eastern regions (Pictured: Footage of the Russians who allegedly surrendered in Luhansk)

‘Combat units from both sides are committed to intense combat in the Donbas and are likely experiencing variable morale,’ Britain’s defense ministry said in its daily assessment of the war.

It said ‘cases of whole Russian units refusing orders and armed stand-offs between officers and their troops continue to occur.’

Separately, the Ukrainian Main Intelligence Directorate released what it said were intercepted phone calls in which Russian soldiers complained about frontline conditions, poor equipment, and overall lack of personnel, according to a report by the Institute for the Study of War.

In an interview published on Sunday in the German weekly Bild am Sonntag, NATO Secretary General Jens Stoltenberg said that ‘nobody knows’ how long the war could last. ‘We need to be prepared for it to last for years,’ he said.

He also urged allies ‘not to weaken support for Ukraine, even if the costs are high, not only in terms of military aid, but also because of the increase in energy and food goods prices.’

In recent days, Gazprom, the Russian gas company, has reduced supplies to two major European clients – Germany and Italy. In Italy’s case, energy officials are expected to huddle this week about the situation.

The head of Italian energy giant ENI said on Saturday that with additional gas purchased from other sources, Italy should make it through the coming winter, but he warned Italians that ‘restrictions’ affecting gas use might be necessary.