A video showing Prince Charles at the height of his athletic powers in his very first public appearance on the polo field has resurfaced.

The black-and-white footage sees the young Prince, who celebrates his 70th birthday this year, playing polo during the 1966 Commonwealth Games in Kingston, Jamaica.

Playing on the same field – but for the opposite team – is a youthful-looking Duke of Edinburgh, who would have been 45 at the time the video was taken.

Like father, like son! Prince Charles, who turns 70 this year, is seen in the black-and-white footage chatting off-field in Kingston, Jamaica during his first public appearance playing polo 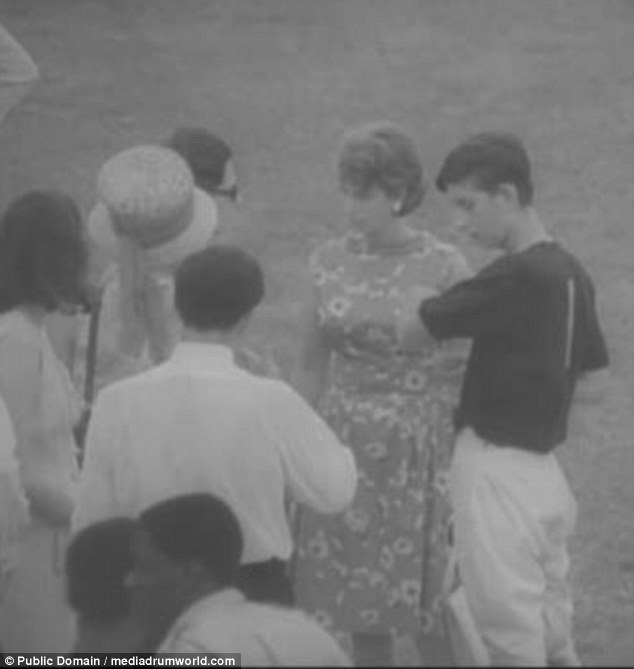 The youthful-looking Prince of Wales, just 17 at the time, stood alongside his sister Princess Anne, aged just 14, as he prepared to play against his father

While Charles represented a teenager’s team in what was his first public appearance as a polo player, Philip can be seen scoring a goal for the senior side as his son and daughter, Princess Anne, then 14, look on.

The narration on the video dates the footage, with an enthusiastic cut-glass accent pronouncing: ‘On the island of Jamaica in the West Indies, Prince Philip and his son Prince Charles, sporting number one on his shirt add a royal touch to the Commonwealth Games at Kingston.

‘Polo is their game, the heir to the throne competing on a teenager’s team. Making his first public appearance as a polo player the young prince rides like a cowboy. 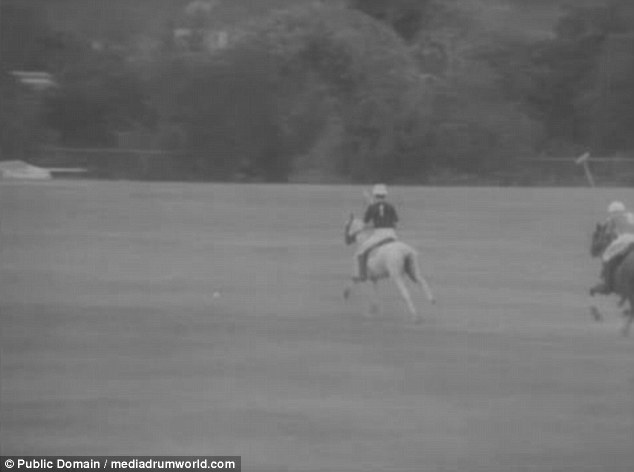 ‘Lad and pony gallop goalwards’: The footage sees Charles charging for goal, with the narrator’s cut-glass voice dating the video 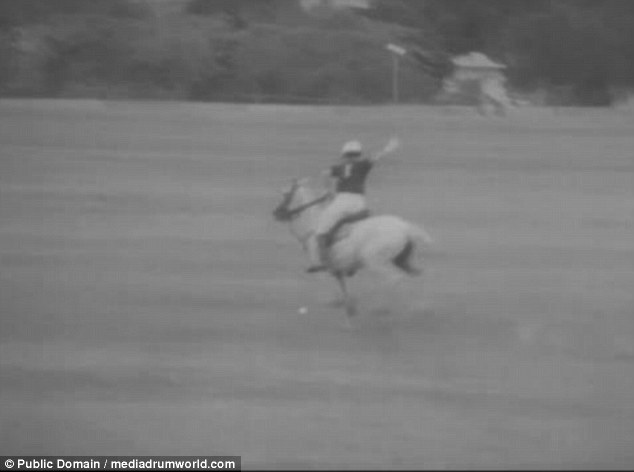 Swing if you’re winning! Charles brings the polo stick up high behind him as he prepares to whack the ball 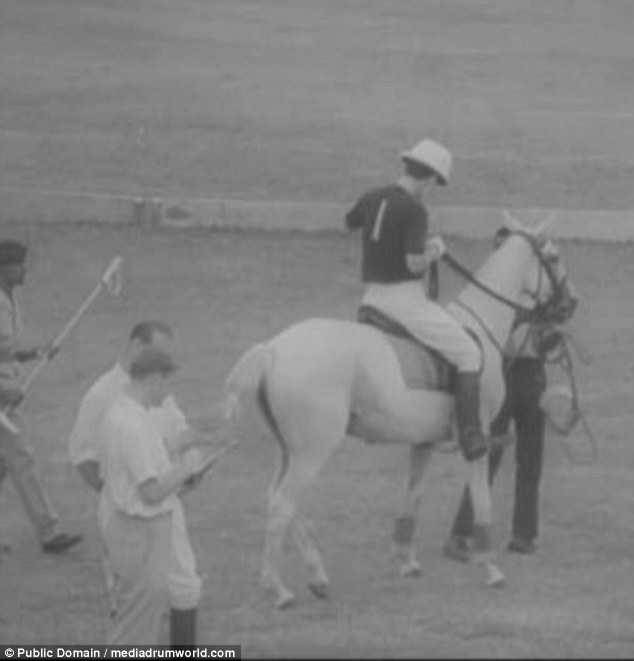 At the end of the match, Charles is seen riding his trusty white steed off the pitch

‘In perfect co-ordination, lad and pony gallop goalward. Prince Philip canters with the elders, as his son and daughter, Anne watch from the side lines.

The 1966 games took place from 4 to 13 August and were the first time that the event had been held outside the so-called White Dominions, which included Australia, Canada and South Africa.

The English team were victorious at the games, winning ten more gold medals than their Australian counterparts who finished runners-up.

The victory came hot on the heels of the nation’s one and only FIFA World Cup success just days earlier, in what was a halcyon year for English sport. 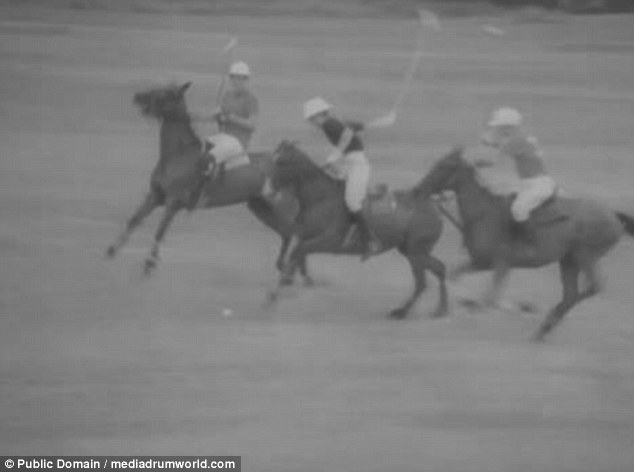 In what was a big year for sporting prowess – England won the World Cup – Charles looked perfectly capable of playing against a team comprising older players, including the Duke of Edinburgh 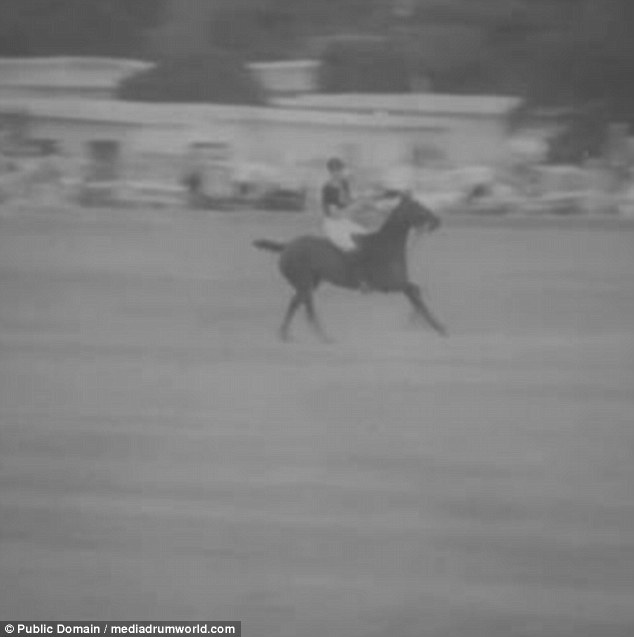 The Royal Family have a long tradition of playing polo, with Philip retiring from the sport six years after the Commonwealth Games, in 1972. Charles continued playing competitively until 1992, although he did continue to play informally until 2005 before finally hanging up his saddle.

It is a tradition that Charles’ two sons, William and Harry, have continued with both princes regularly competing in the sport.

Harry’s fiancé, Meghan Markle, even made an outing at Coworth Park Polo Club near Ascot in May of last year to cheer on her beau from the Royal box, in what was her first outing at an official society function.

The pair were spotted sharing a kiss at the event in the run up to their engagement announcement and it has even been rumoured that the American actress is so enamoured with the sport that she plans to take up lessons herself.