By Rita Sobot and Jennifer Newton for MailOnline

Footage has emerged from the rave inside a protected marine park near Ibiza that saw 17 boats blast non-stop dance music for 13 hours.

A party boat company is now potentially facing a huge fine after police were called to the island of Formentera following complaints from fed-up residents about the noise.

Now a video from the party, which started at 10am on Sunday, has been posted on social media showing revellers drinking, dancing and whizzing around on jet skis. 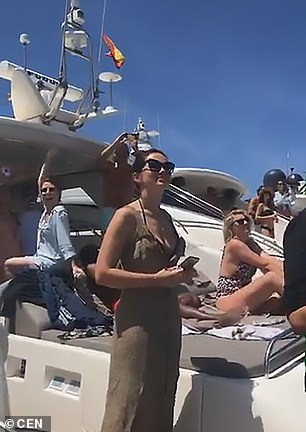 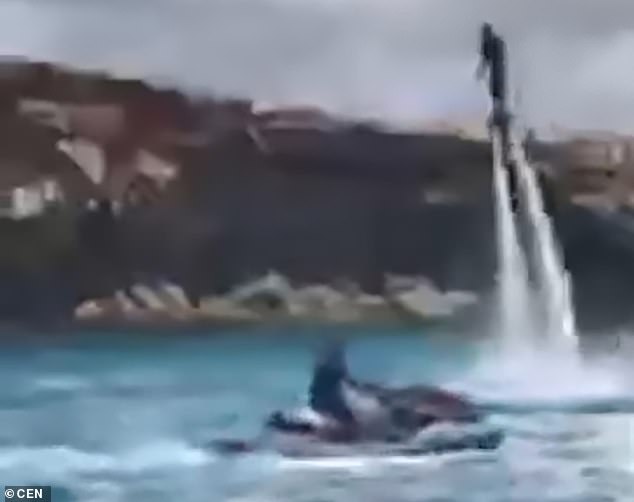 Video from the party on Sunday, which started at 10am, has been posted on social media showing revellers drinking, dancing and whizzing around on jet skis

Small yachts can be seen lined up close to the shoreline of the Freus nature reserve – a site of community interest – and party-goers on flyboards can be seen hovering above the water.

Fifteen of the boats, of various lengths, were moored side by side about 30 metres from the coast with two, which played the music, nearer the coast.

The Civil Guard’s nature protection service, Seprona, has since filed a report against the charter company for breaching the rules. 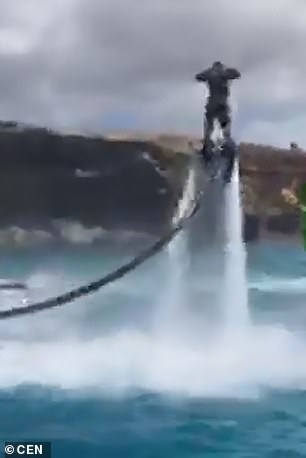 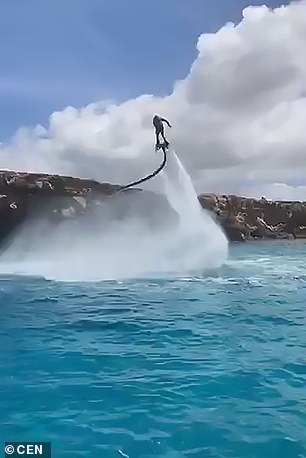 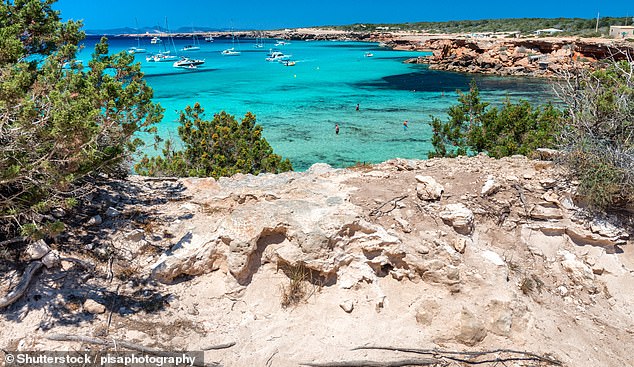 Formentera, pictured, is one of the smallest Balearic islands

The Spanish press says the party was organised by a boat company based in Ibiza, which offers different services and nautical experiences with their boats.

However, the name of the company has not yet been confirmed by the local council or Civil Guard.

Formentera Council has filed a complaint with the Civil Guard and maritime authority and says it will asking the Balearic Government to impose sanctions.

Police have warned they will be carrying out regular patrols this summer and any illegal party boats will be raided and the organisers fined.