Gissel Vazquez, 18, was charged with felony child endangerment after surveillance footage showed her walking far ahead of her toddler son in a parking lot. The boy died when he was run over by a car

An 18-year-old Texas mom has been charged with endangering her child after surveillance video showed her walking across a parking lot away from her toddler son, who then died after being run over by a car.

Authorities said mom-of-two Gissel Vazquez, 18, of Houston, Texas, was charged with felony child endangerment Thursday, after her 18-month-old son, Alan Villeda, was struck by a car and killed on Wednesday afternoon, KHOU reported.

Surveillance video of the incident shows Vazquez walking through a parking lot, cradling her two-month-old daughter in her arms. She is almost clear across the parking lot when a little boy comes into view.

The boy – later identified as Vazquez’s three-year-old nephew – runs across the parking lot, following Vazquez, and is just over halfway across when a smaller boy, Alan, comes into view. 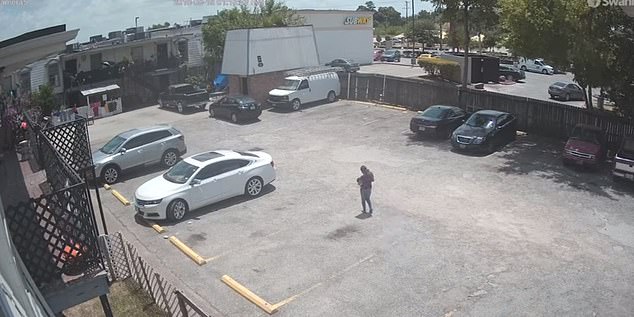 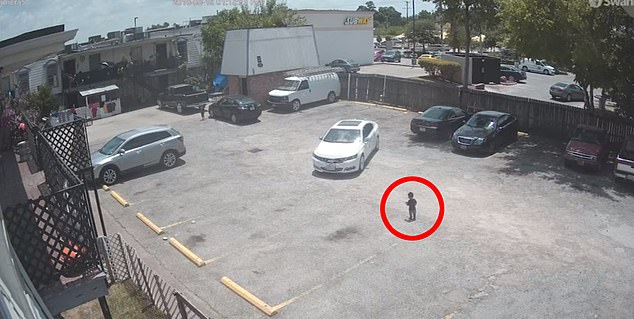 Vazquez’s 18-month-old son, Alan, could be seen following her at a great distance. He was standing alone in the parking lot when he was run over by this white Chevy Impala

Alan totters to the center of the parking lot and stands still as a white Chevrolet Impala pulls out of its parking space and drives towards him.

Police said that Vazquez ran back to Alan about two minutes later, when she saw that he was lying on the ground.

News footage taken from the scene of the accident shows a distraught Vazquez, crying while she is being comforted by someone and eventually being wheeled away while strapped down to a gurney after being given medical attention.

When explaining why she drove away from the scene, the driver of the car told police that she had no idea she had hit the toddler, ABC News reported.

When she did return to the scene, however, she passed a drug and alcohol test.

Police said that Vazquez and the children were walking across an apartment complex’s parking lot when Alan fell behind. 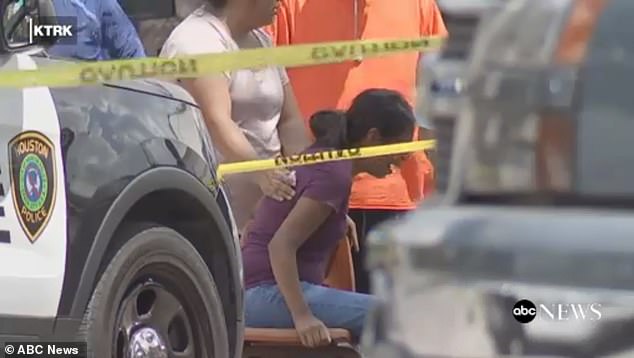 News footage taken at the scene showed a distraught Vazquez. Police said she ran back to Alan when she saw him lying in the middle of the parking lot 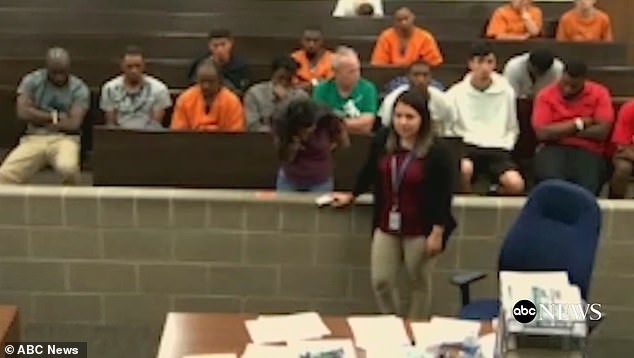 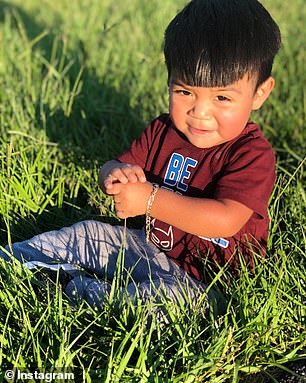 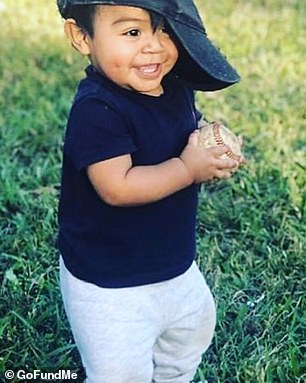 Authorities said they did not charge Vazquez with murder after Alan (pictured) died, so that she would be able to look after her newborn daughter 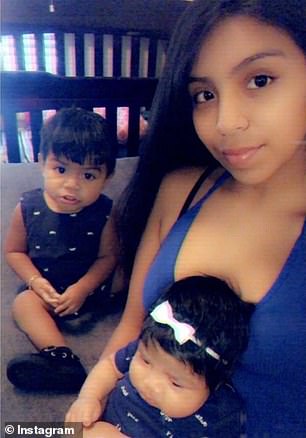 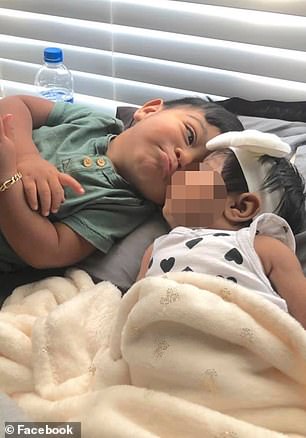 Vazquez is out on bond and can see her baby daughter under supervision. She is pictured with Alan and her daughter at left. Alan and his newborn sister are pictured at right

‘The distance between (Vasquez) and that little boy, the disregard with which she walked through the parking lot and allowed this little baby to chase her those are all factors that went into our charging decision,’ Harris County District Attorney Office’s Vehicular Crimes Division Chief, Sean Teare, told KHOU.

Although Vazquez, who has a two-month-old daughter, is being charged with felony child endangerment for leaving Alan unattended in the parking lot.

Teare pointed out that she is not facing a murder charge

‘We’re putting (Vasquez) in a position where she can raise that [second] child appropriately and so I think that was the driving force’ behind the charge, Teare said, adding that other fores of punishment beyond jail time are potentially available, including probation and deferred adjudication.

Vazquez’s cousin, Juriyoel Hernandez, said that what happened was an accident.

‘Right now everybody’s telling her that it’s her fault the baby died and it wasn’t her fault. She didn’t even know that the baby was behind her,’ Hernandez told KTRK.

He said that Vazquez thought the children were with her sister at the time of the incident.

Police are still investigating the incident and have not charged the driver of the car, although authorities said she may face charges pending the outcome of the investigation.

Vazquez’s family is asking for the driver to be charged as well.

Vazquez is out on bond and will only be allowed to see her two-month-old daughter under supervision.

If convicted of the charge she faces, she could be given a maximum sentence of 10 years in jail, Teare said.

A GoFundMe to raise money for Alan’s funeral was started by a friend.