An insane 13-second video has emerged of a highway being bombarded with hail stones.

The footage shows a Gatton bypass, a town in south-east Queensland, being pelted down with huge hail stones.

The video which first appeared on Lockyer Valley Weather Facebook page has had over 700 shares and 54,000 views since it was uploaded on Friday.

‘Hectic! This is on the Gatton bypass,’ was how the video was captioned.

Several social media users had also posted updates on the hail storms with one user calling the sunshine state weather as ‘bipolar’.

‘Brisbane has the most bipolar weather. Was bloody hot two minutes ago now its hail rain,’ said one social media user.

Another social media user posted a tweet warning others about the hail.

‘Watch out Brisbane. It’s hailing on the western suburbs,’ said the user.

While another social media user said: ‘ Only in Brisbane does weather go from being extremely hot to a lightning thunder storm in a matter of seconds.’ 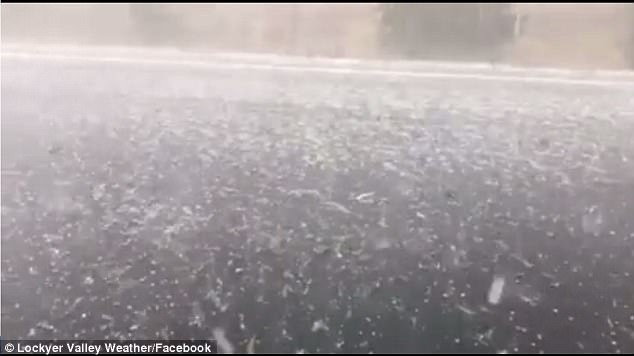 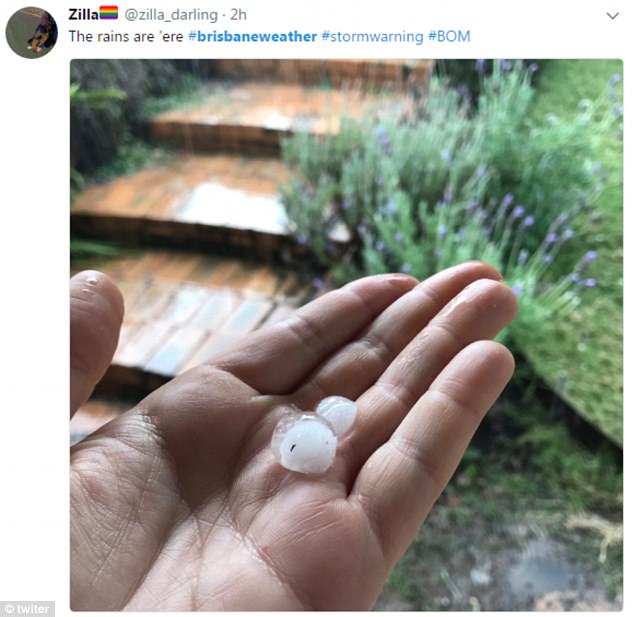 Bureau of Meteorology Queensland issued a statement on Friday evening saying that the severe thunderstorm warnings within the state had been cancelled.

‘Severe thunderstorms are no longer occurring in Queensland,’ the statement read.

‘The immediate threat of severe thunderstorms has passed, but the situation will continue to be monitored and further warnings will be issued if necessary.’