Footage shows the moment a man spray-painted racist remarks on the home of Meek Mill’s grandmother in Philadelphia.

The suspect targeted multiple locations in South Philadelphia, spray-painting ‘ACORN’ and ‘ACORN pals’ on the walls of several properties.

Philadelphia-based rapper Meek Mill went on social media Tuesday to say his grandmother and aunt live in one of the homes that was vandalized.

He wrote: ‘A white man sprayed a racial remarks on my Grandmom’s house last night in south philly referencing white Privileged…. the crazy part is this was a all black neighborhood 20 years ago It was gentrified and now this!

Mill’s aunt Juanita Walker said she not think the family was specifically targeted.

She claimed that their home wasn’t the only place vandalized near where she lives. 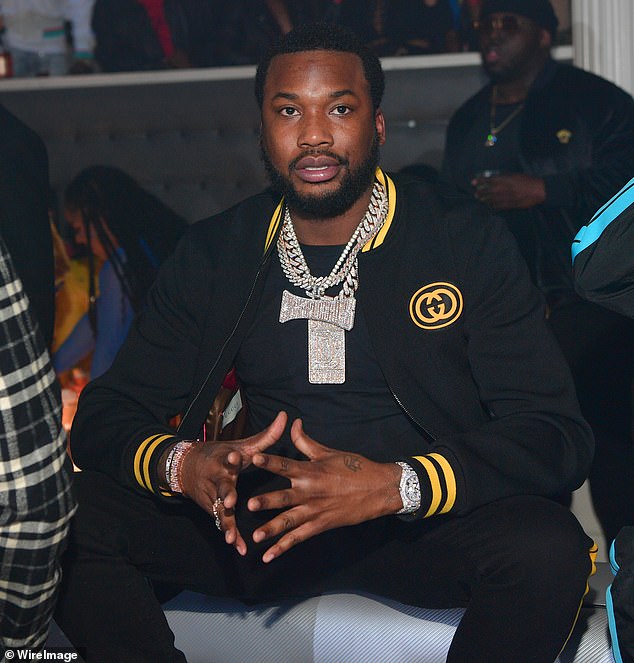 She told 6ABC: ‘I didn’t know why somebody did that. I went down to talk to somebody else and the same thing was on their wall.

‘So it’s all the way down to Washington Avenue, every corner house,’ Walker said.

Walker said that she wanted the person caught and forced to pay for the cleanup operation in the neighborhood. 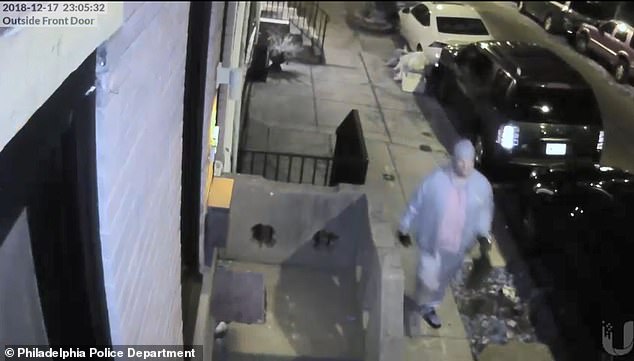 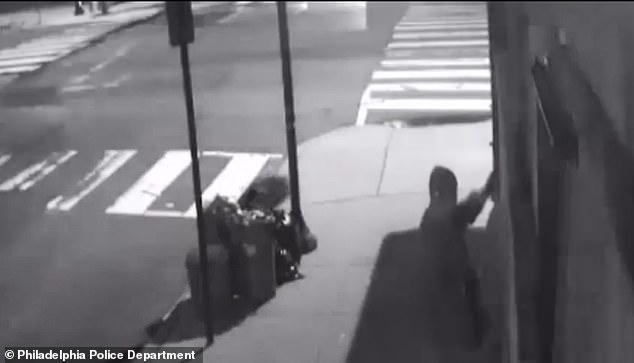 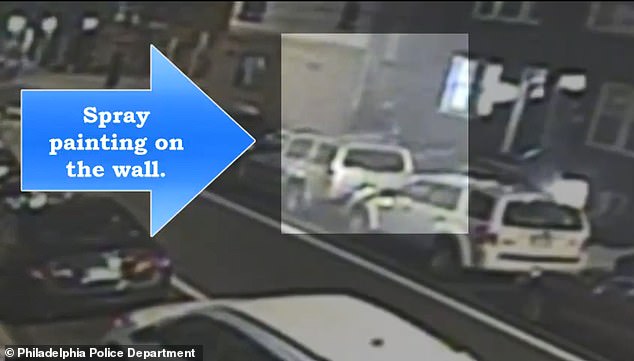 Police are not saying if the word ‘acorn’ spray-painted on the home has any racist connotation.

Mill embarked on his music career as a battle rapper and later formed a short-lived rap group called The Bloodhoundz.

His debut album was released in 2012 under MMG and Warner Bros.  The album, preceded by the lead single ‘Amen’ debuted at number two on the US Billboard 200.