The footballer, 39, and Danish model, 26, announced the safe arrival of their first child on Friday after welcoming the newborn in Copenhagen, Denmark, on Monday.

Patrice sweetly praised Margaux and called her his ‘universe, my everything’ in a heartfelt statement.

‘I can’t describe how lucky, blessed and proud I’m of Margaux. You were powerful not because you weren’t scared but because you went on so strongly despite your fear. You’re my rock my universe my everything!’

Margaux took to Instagram to share a sweet picture of their newborn son as she gushed that their hearts are ‘filled with love’.

She penned: ‘We were so lucky to welcome our little boy into this world on 03.05.21. Our hearts are filled with love. Lilas Latyr Evra’ followed by a heart emoji.

The new family-of-three are said to be ‘over the moon’ and are enjoying the special moment at their home in Denmark with both mother and child ‘doing well’. 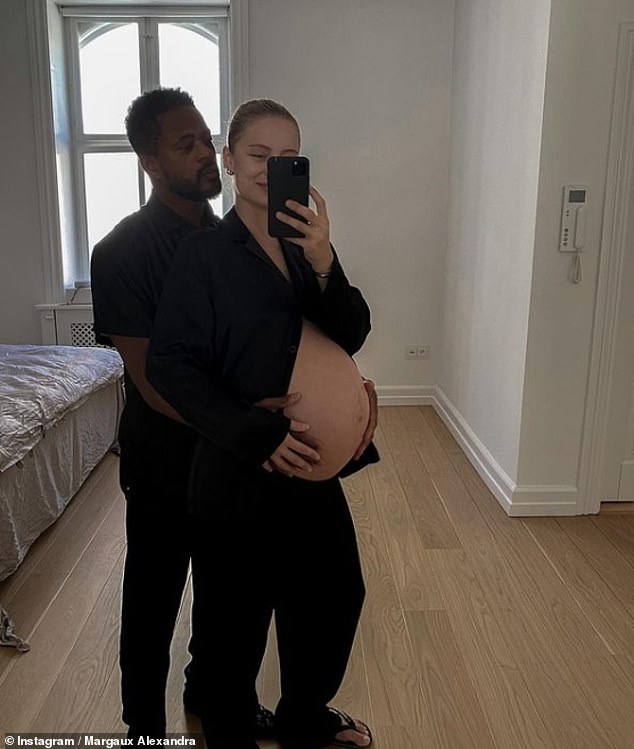 So lovely: The footballer, 39, and Danish model, 26, announced the safe arrival of their first child on Friday after welcoming the newborn in Copenhagen, Denmark, on Monday (pictured in April)

It comes after Patrice shared rare insight into his relationship with his pregnant fiancée Margaux in an interview and accompanying shoot for GQ Hype.

The former Manchester United captain praised the model for letting him ‘open up’ about his emotions as he recalled crying for the first time in nearly two decades.

Football coach Patrice, who was previously in a relationship with his wife Sandra, 39, for 25 years, confirmed his engagement last November and revealed he and the Danish beauty were expecting their first child together two months later.

On their romance, the sportsman said: ‘Finally, I am with someone where I can be myself and open myself up. And I don’t feel like crying is a weakness, but actually that it’s a strength.’ 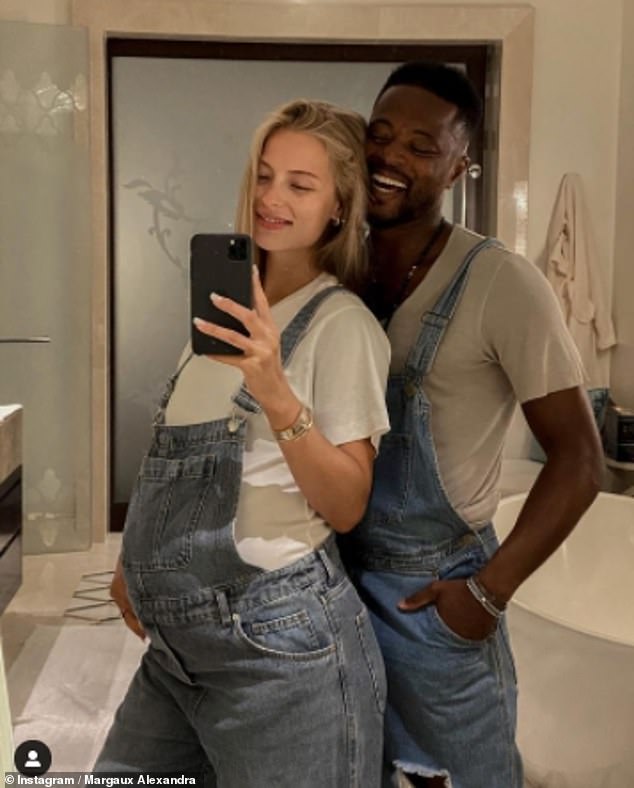 ‘Mum and dad’: Patrice sweetly praised Margaux and called her his ‘universe, my everything’ in a heartfelt statement (pictured in March)

The athlete is understood to have ended his 13-year marriage to Sandra in January 2020 after moving out of the family home in Paris.

Elsewhere in the interview, Patrice touched on the controversial European Super League, which Manchester United, Manchester City, Chelsea, Liverpool, Tottenham Hotspur and Arsenal have since withdrawn from. 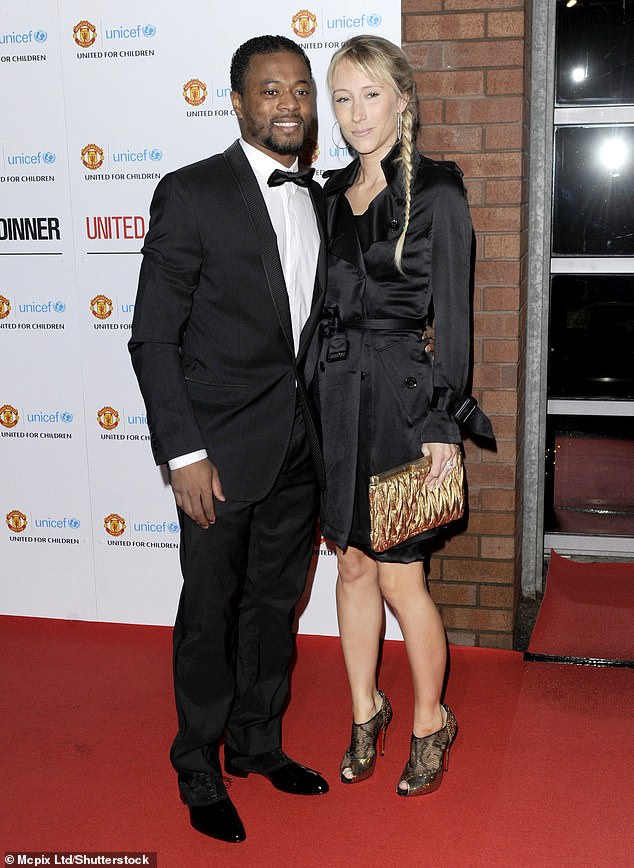 Estranged: The former defender was was previously in a relationship with his wife Sandra, 39, for 25 years (pictured in 2012)

‘This is football now. I say calm down, maybe you’ve stopped it now, but in two, three, four years, we’re gonna start talking about the Super League again and it will happen.’

On standing by Micah Richards and Gary Neville’s message to tackle racism in the industry, the shared: ‘Why don’t we have the same energy, the same passion to fight against racism in football?

‘A lot of things [Gary] said were true and I agree with him. But it’s just like, maybe now people are too focused on football and not on what’s happening around it.

‘I’ll be honest with you, saying racist is a big word. I didn’t experience racism [from the press] in England.’ 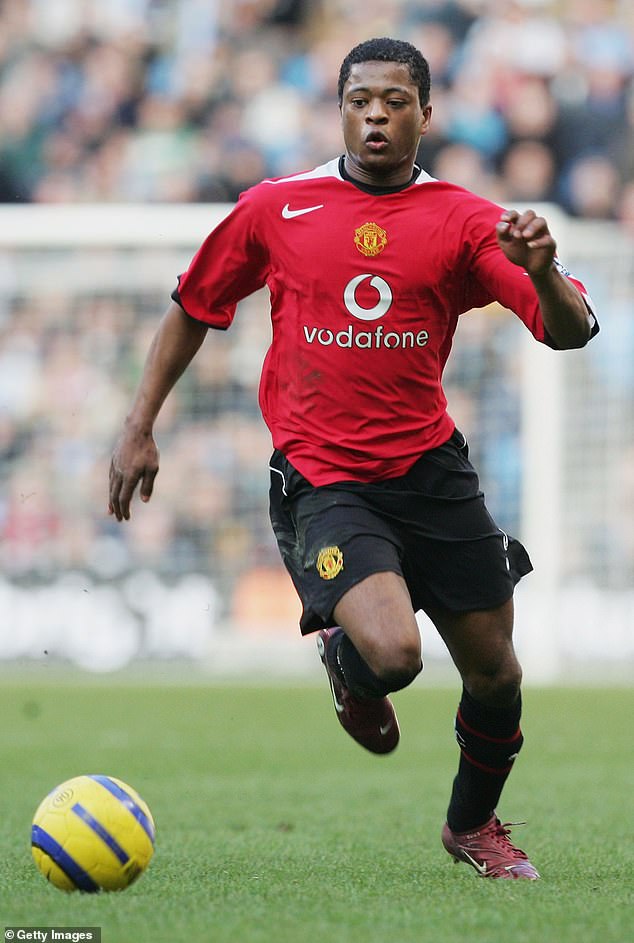 ‘Those people don’t know about football, they don’t breathe football’: In a recent interview, the sports star touched on the European Super League (pictured in 2006)