Euro 2020 may be about to reach its climax at Wembley this weekend but the stars whose nations have been dumped out are desperately trying to put the tournament to the back of their minds as they soak up the sun across the globe.

Cristiano Ronaldo and his Portugal team-mates were beaten in the last-16 by Belgium but the former Manchester United forward has jetted off into the sunshine to unwind after another hectic season.

The 36-year-old, who now plays his club football with Juventus in Italy, posted a picture on Instagram of himself relaxing and enjoying a cup of tea in just his swimming shorts.

Earlier this week, Ronaldo posted a family snap of himself, girlfriend Georgina Rodriguez and the rest of their family spending time on a boat as they soaked up the sun.

He was joined in a family snap by daughter Alana Martina, three, and his other three children, twins, Eva and Mateo, three, born via surrogacy in the US, and his eldest child Cristiano Jr, 11, whose mother has never been revealed. 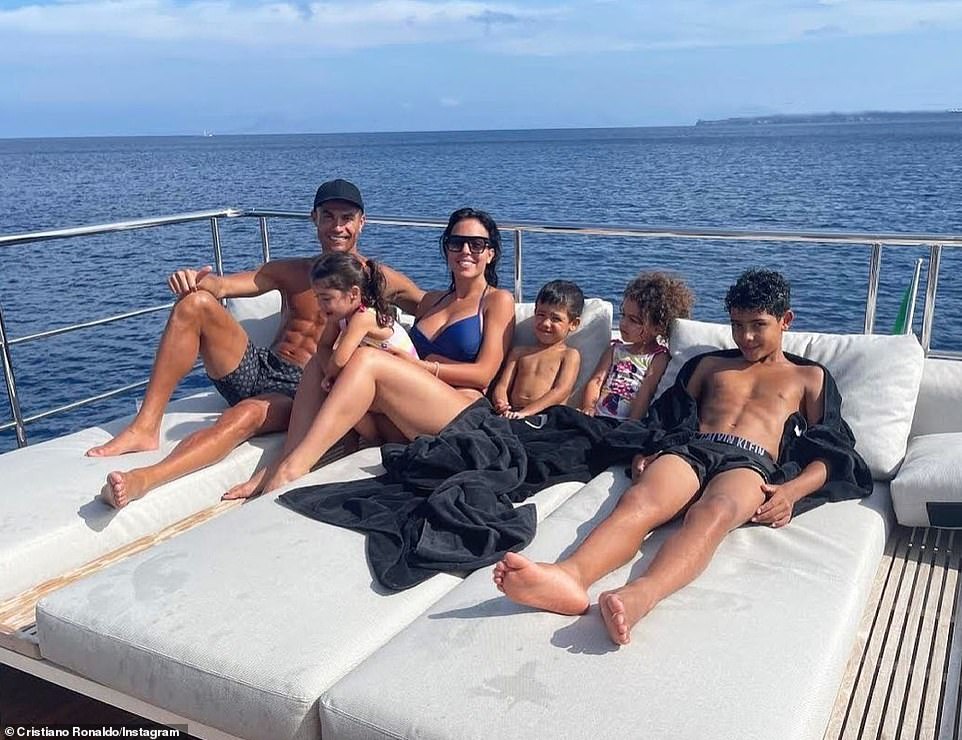 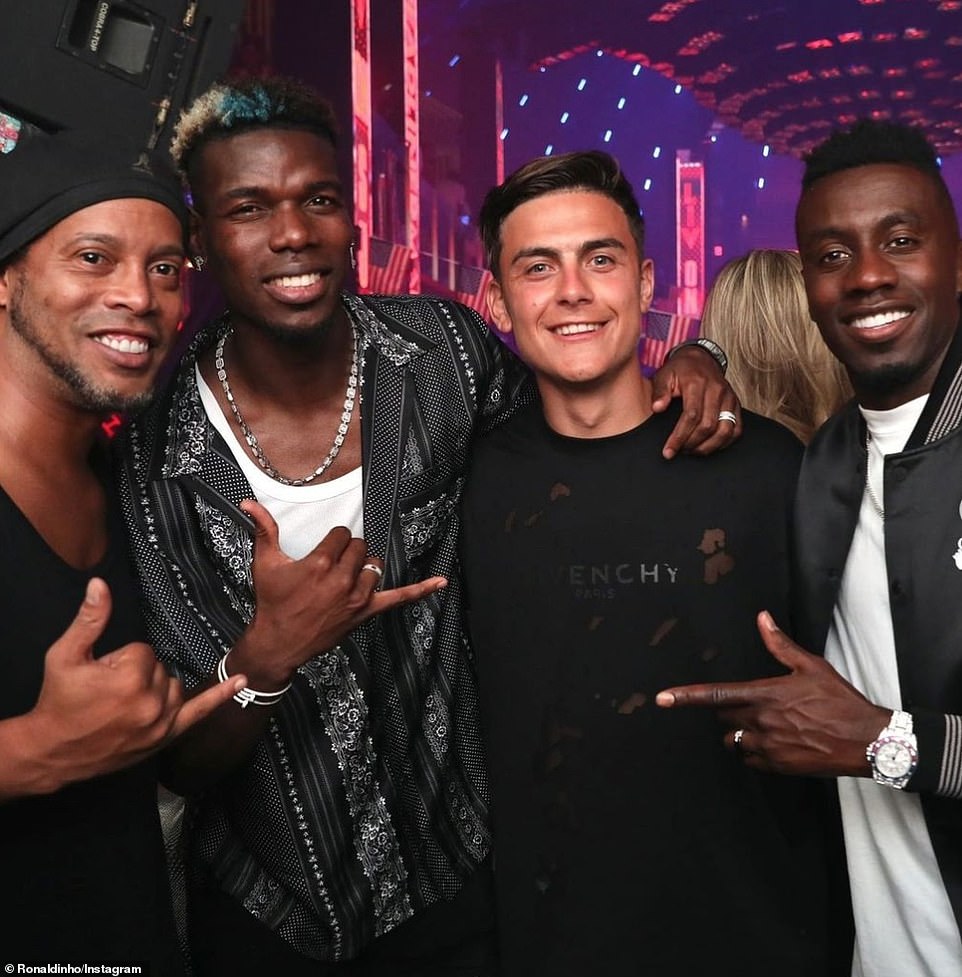 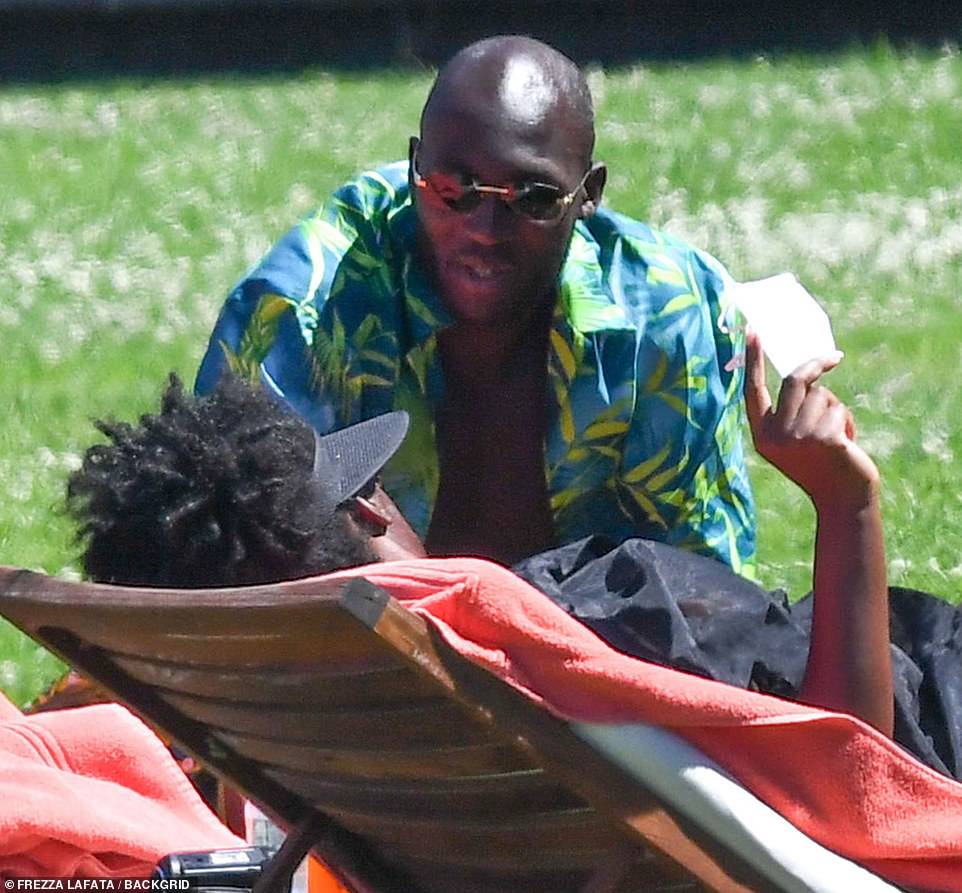 Ronaldo is not the only star to attempt to get over his Euros heartbreak with a holiday, however.

France and Manchester United midfielder Paul Pogba was pictured embracing and joking around with Brazilian legend Ronaldinho at a nightclub in Miami earlier this week.

Pogba and his France team-mates were the heavy favourites to win Euro 2020 after their World Cup success three years ago but they suffered a shock last-16 elimination by Switzerland over a week ago.

As a result, Pogba has jetted off to Florida with his wife, Maria Salaues, and their children before he returns for pre-season training with Manchester United.

Pogba was pictured with ex-Juventus team-mates Paulo Dybala and Blaise Matuidi as they partied the night away with Ronaldinho in the famous Liv nightclub in Miami Beach.

Last weekend, Pogba also uploaded a video of him dancing and enjoying himself with singer Burna Boy.

While Pogba opted to holiday away from his international team-mates, France’s attacking duo Kylian Mbappe and Karim Benzema appeared to be together on the Greek island of Mykonos. They were pictured with Turkish chef Nusret Gokce, otherwise known as Salt Bae. 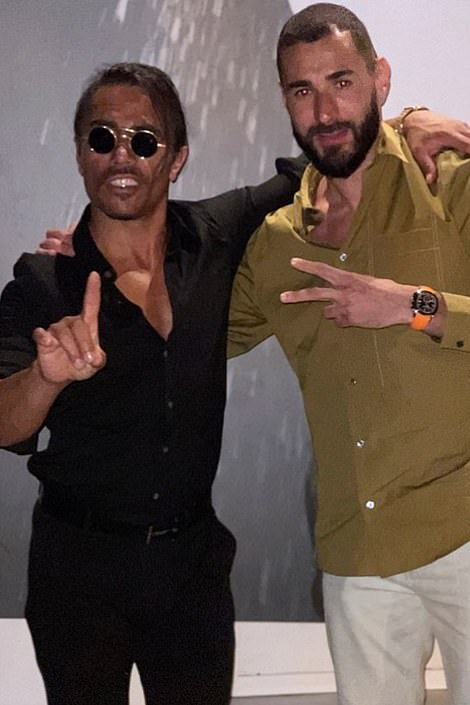 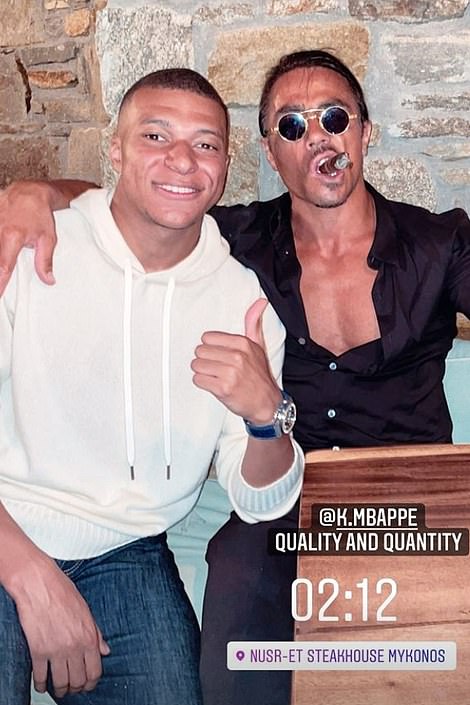 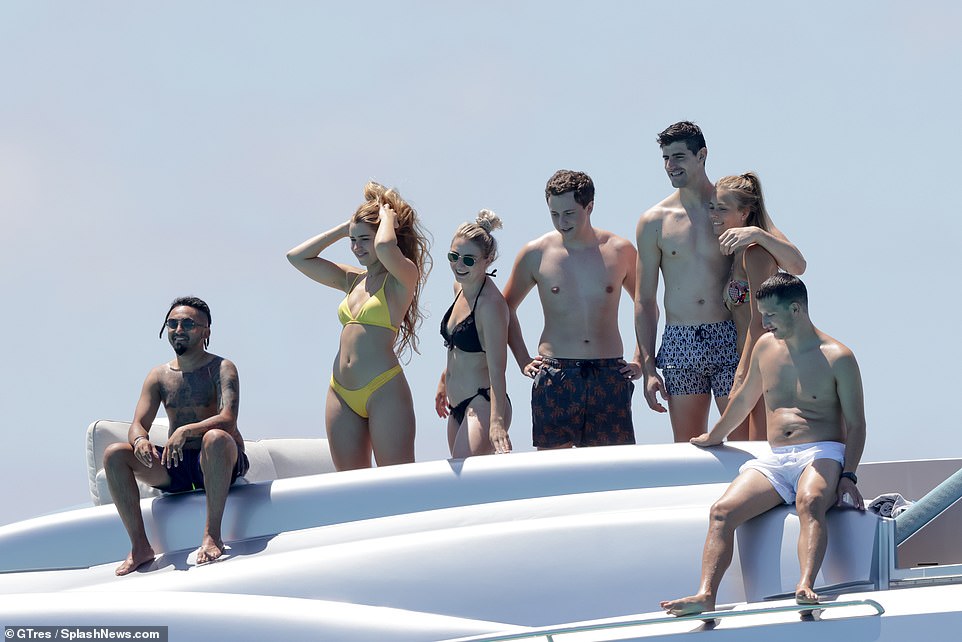 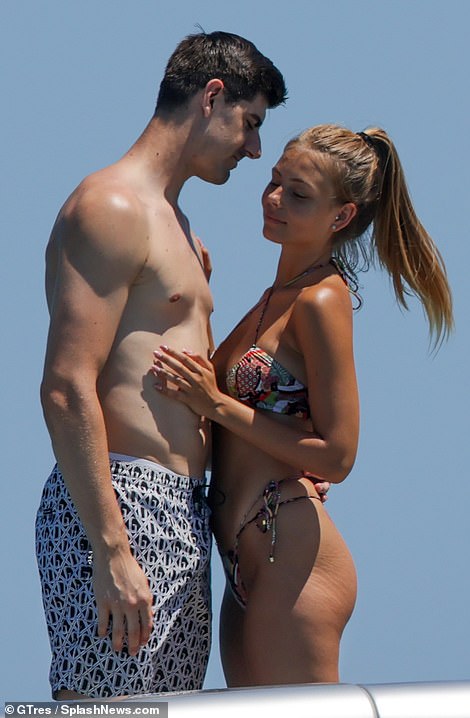 Courtois, 29, was also seen getting close to model girlfriend Mishel Gerzig as they made the most of some private time

Another member of France’s squad to put their feet up after the tournament is Everton defender Lucas Digne.

He has posted several snaps of him on holiday with his young family before he returns to Merseyside for pre-season training.

Another pair of players who probably didn’t expect to be on holiday as the Euros reaches its latter stages are Belgium’s Romelu Lukaku and Thibaut Courtois.

Armed with plenty of household names, the Belgians were also heavily fancied to win Euro 2020 but were beaten by Italy in the quarter-finals.

As a result striker Lukaku, who has been linked with a return to the Premier League this summer, decided to jet off to Sardinia with girlfriend Julia Vandenweghe.

The Inter Milan star was seen to be deep in conversation with his partner as they decided to unwind on sun beds during their stay in the resort town of Porto Cervo.

Goalkeeper Courtois, meanwhile, was captured enjoying a break from his time between the posts with a group of friends on a yacht.

They seemed to be having a wild time as they stood on the edge of the boat and watched others dive into the ocean in Ibiza.

Courtois, 29, was also seen getting close to girlfriend Mishel Gerzig as they made the most of some private time away from their group of pals.

It seems a long time since Scotland were celebrating their 0-0 draw with England at Wembley and midfielder Scott McTominay was given a boost this week after bumping into heavyweight boxing star Anthony Joshua.

The Scots failed to get out of the group stage after a draw with England and defeats by Croatia and Czech Republic, leaving them without a win in their first major tournament for 23 years.

Taking to Instagram to share the photo of the pair, who were all smiles, Manchester United star McTominay captioned it: ‘What a true gentleman, class act @anthonyjoshua’. 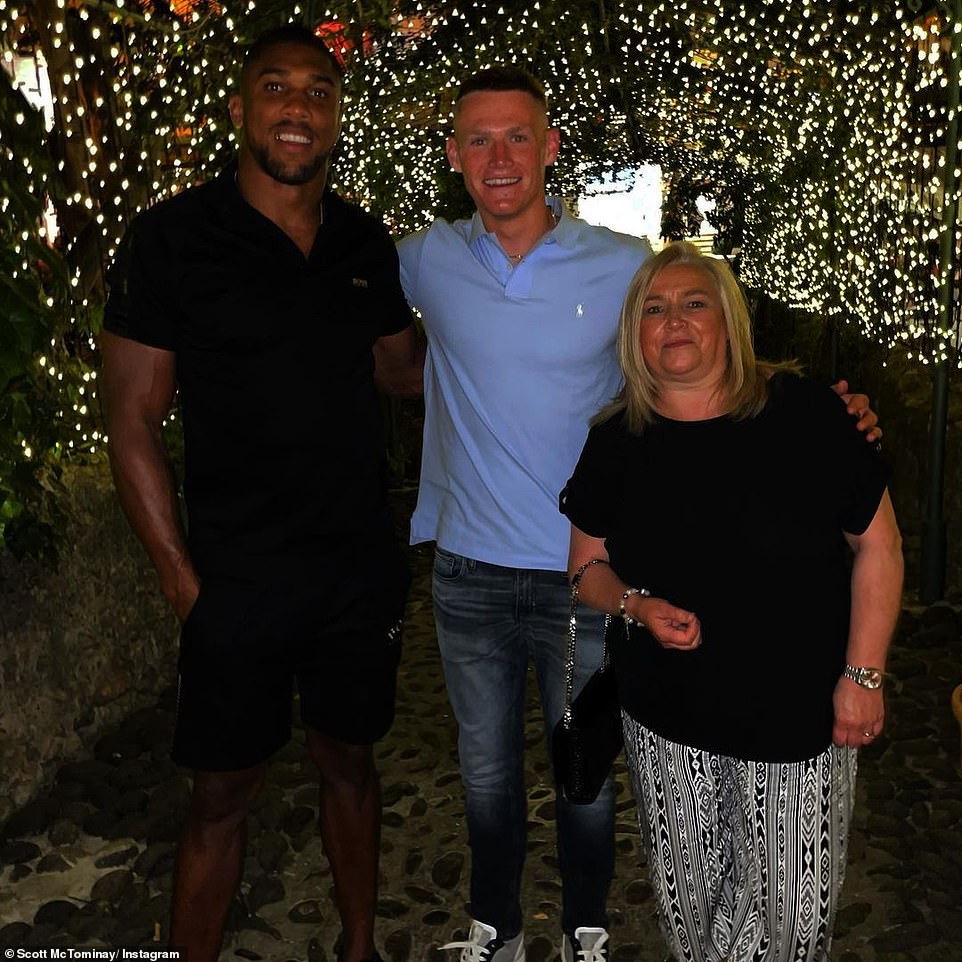 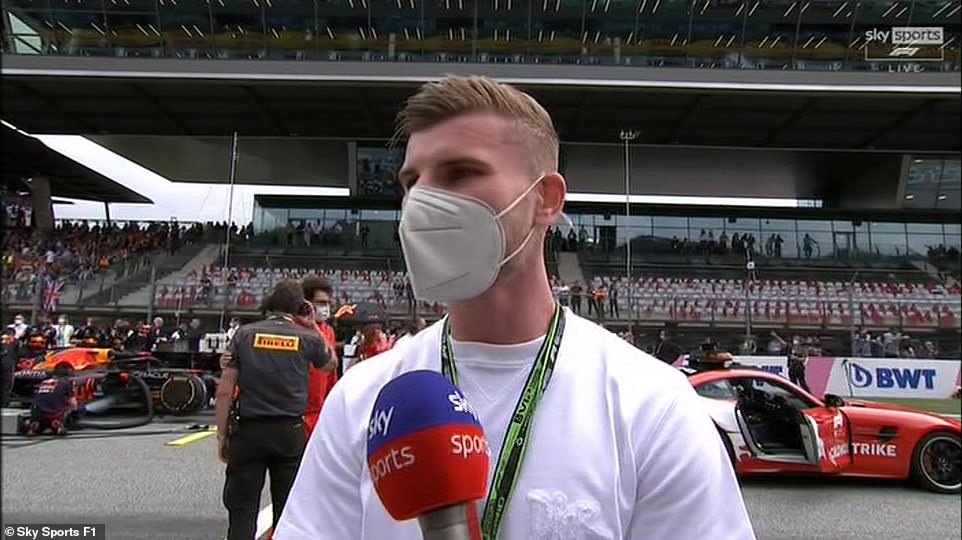 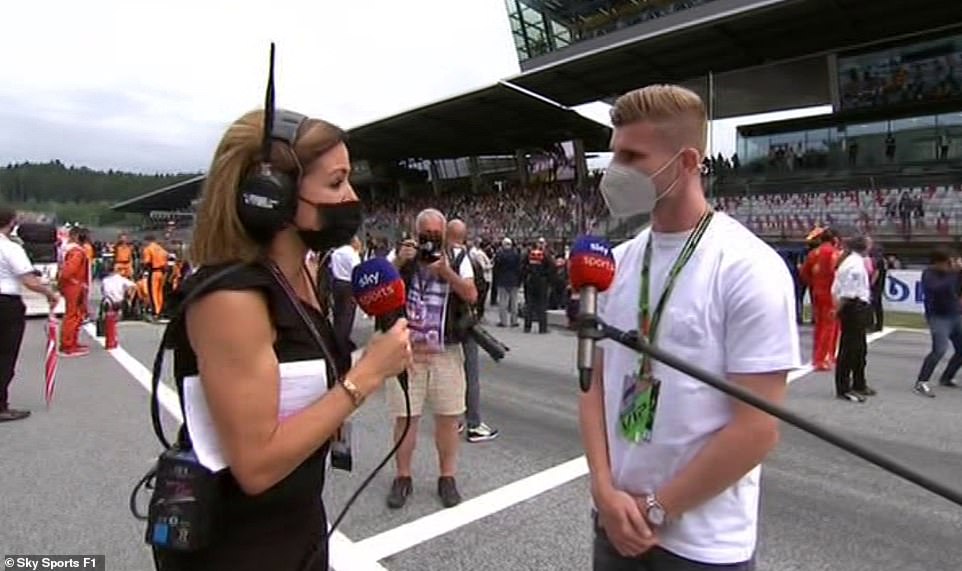 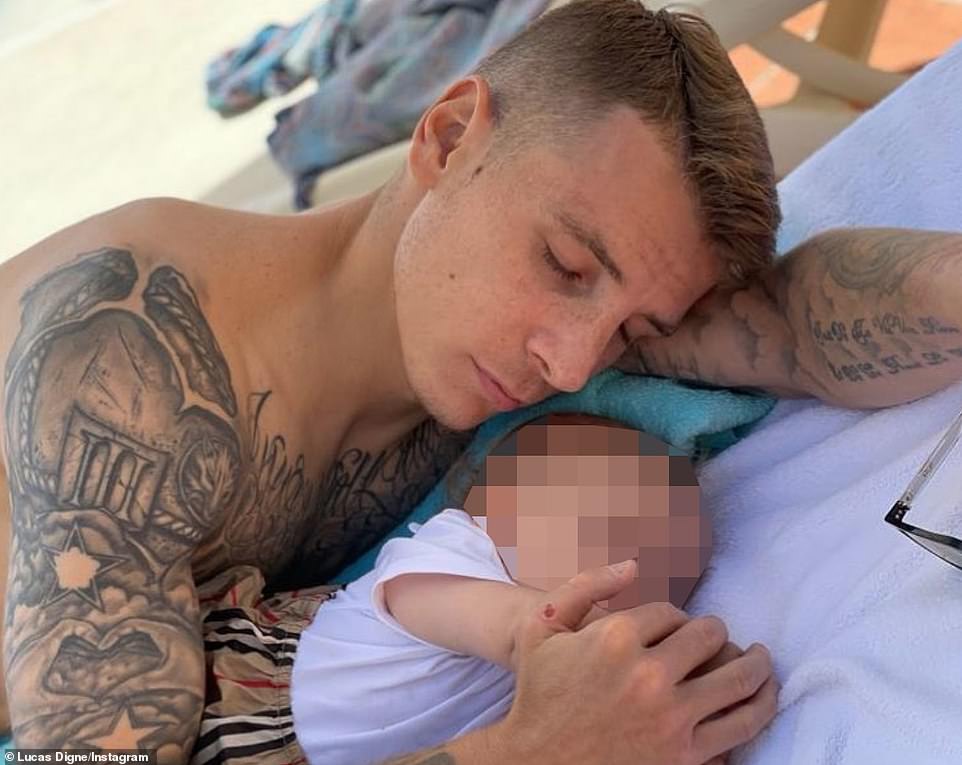 Germany striker Timo Werner played during their 2-0 defeat by England at Wembley last week and, while shunned a beach holiday, flew to Austria for last weekend’s Grand Prix.

The Chelsea forward started at Wembley as England beat Germany in their mammoth last-16 clash, with the Three Lions subsequently overcoming Ukraine 4-0 to progress to the semi-finals.

Werner is a Formula One fan and was interviewed on Sky Sports before the race started. He graciously wished Gareth Southgate’s side ‘all the best’ for the rest of the tournament.

‘Yesterday for sure was a brilliant game from them they were the better team in the game on Tuesday [against Germany] so they have it all what you need to win the Euros and I wish them all the best.’

Ukraine forward Andriy Yarmolenko tried to quickly get over his team’s thrashing by England by jetting off on holiday with wife Inna Yarmolenko.

The West Ham star and his partner posed for a romantic snap next to a swimming pool at what appeared to be a five-star location. 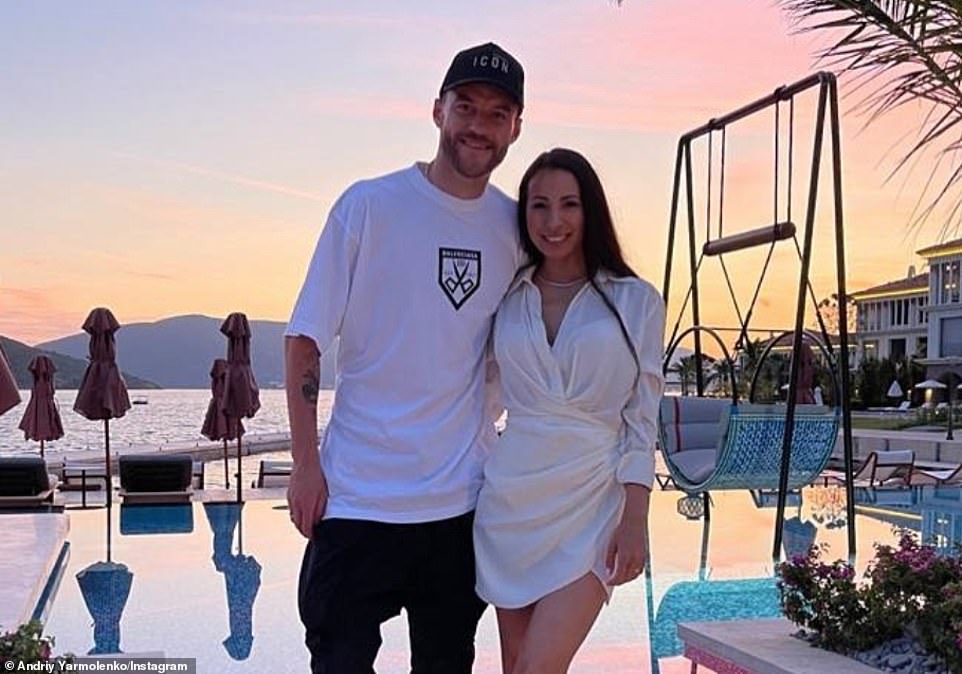 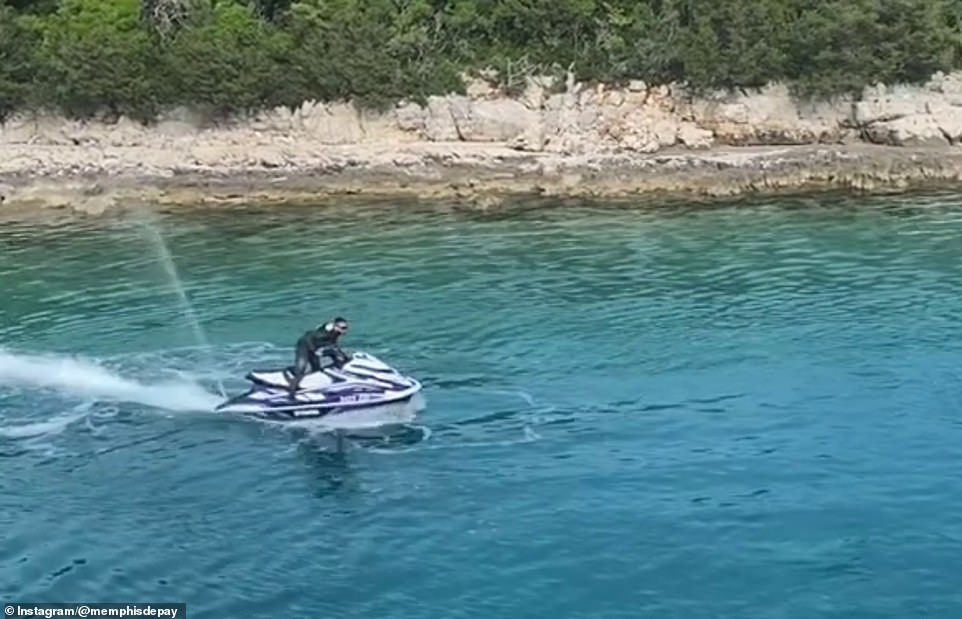 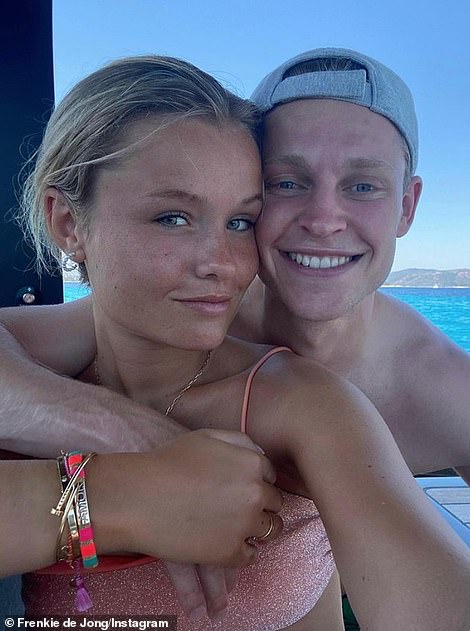 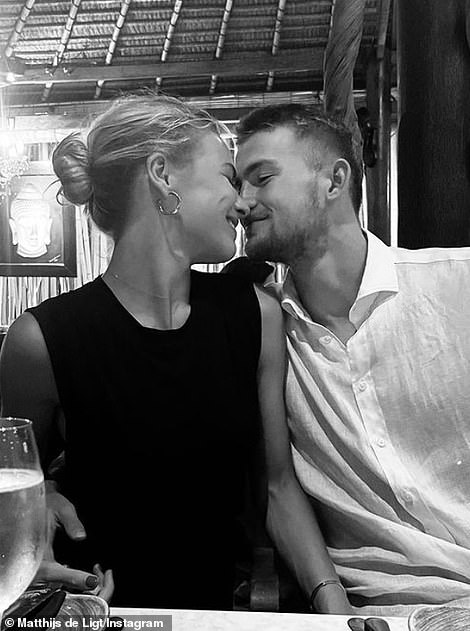 Holland ace Memphis Depay seemingly couldn’t get enough of the thrill of playing in a major tournament as he was filmed riding a jet-ski.

The former Manchester United forward, who has just completed a free transfer to Barcelona, uploaded footage of him speeding off across the ocean as he made the most of some downtime.

Barcelona ace De Jong posted with girlfriend Mikky Kiemeney on a boat somewhere in Italy while De Ligt, who plays for Juventus, enjoyed a romantic meal with partner Annekee Molenaar in Ibiza.

Italy were the first team to book their place in the final of Euro 2020 on Sunday after last night’s nervy penalty shootout win over Spain.

England are back in action tonight as they try and reach the final of a major tournament for the first time since the 1966 World Cup when they play Denmark in front of 60,000 fans at Wembley.