Newman was seen celebrating Melbourne’s Storm victory over Cronulla in the home side’s change rooms, with the post-match commentary team taking aim at the media personality.

His upper-body would have fit in with the crowd, sporting a Storm jersey and a black scarf to brave Melbourne’s chilly weather.

But below the waist Newman showed off his legs, wearing shorts and a pair of loafers, causing James Bracey, Paul Vautin, Andrew Johns and Johnathan Thurston to poke fun at the controversial AFL Footy Show host.

‘Look at the creepers on the shoes. Look at those things. Wouldn’t want to pop out of them.’

The team chose to ignore the black leather glove Newman was wearing.

The footage cut to Newman at around 11pm, when the weather in Melbourne was only 8C. 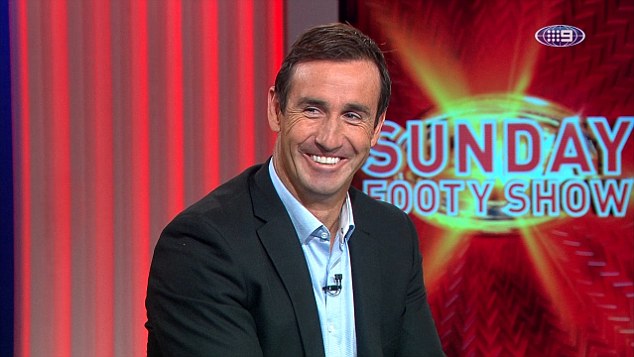 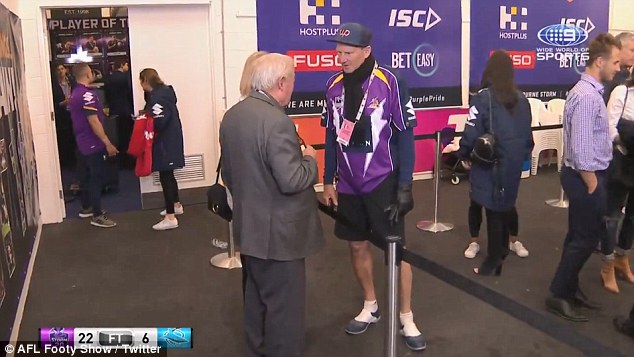 Vautin chose to support his ex-coverage partner, telling the rest of the team that Newman would wear shorts in the middle of winter if he wanted to.

Vautin supported his mate, saying it had been a pleasure to work with him when the two crossed paths during Channel Nine’s Thursday night coverage of both the AFL and NRL Footy Shows.

‘I love him. He’s a champion. Seriously, he is one of the most watchable people on Australian television and has been for 25 years now.’ 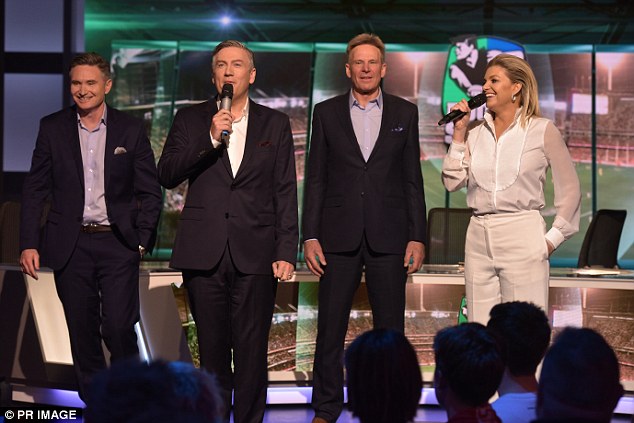 But on Thursday night’s AFL Footy Show, Newman revealed his 25th year could be his last on Australian television screens.

‘It’s opportune that I end my association with this show and the network on the off-chance that this is the final show that we do,’ Newman said.

During a nearly ten-minute-long monologue, Newman signed off with: ‘I want to thank you very much for putting up with me or enjoying me.’ 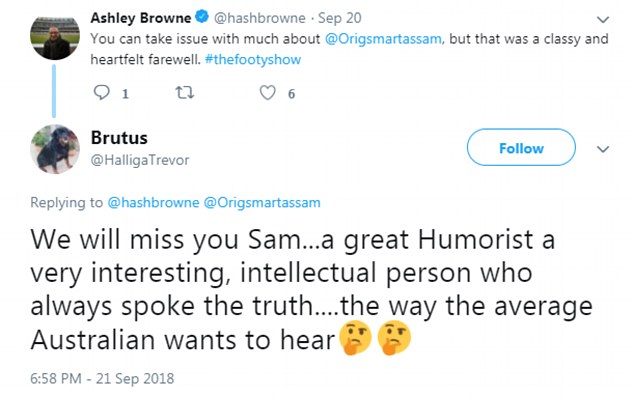 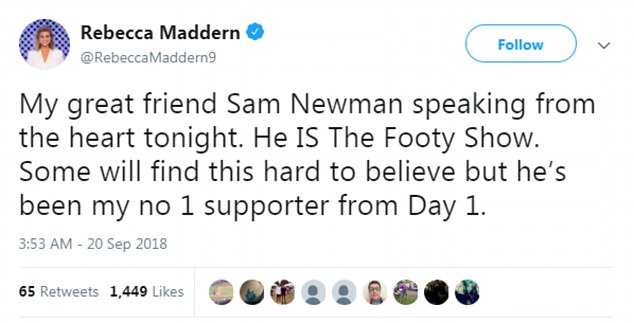 His co-host, Rebecca Maddern, posted a message of support for Newman after the show