Footy enforcer’s bitter family split plays out in the public arena as he eyes down $4.6M deal

NRL star David Klemmer’s private life has been played out in the public eye as he reportedly considers a record-breaking $4.6 million deal to join the Knights.

The 24-year-old player is being scrutinised for his potential move from the Bulldogs.

However, it is reportedly not the financial gain that is enticing Klemmer to switch team, but rather an ongoing feud with his family members.

NRL star David Klemmer’s (pictured) private life has been played out in the public as he eyes up a record-breaking $4.6 million deal to join the Knights 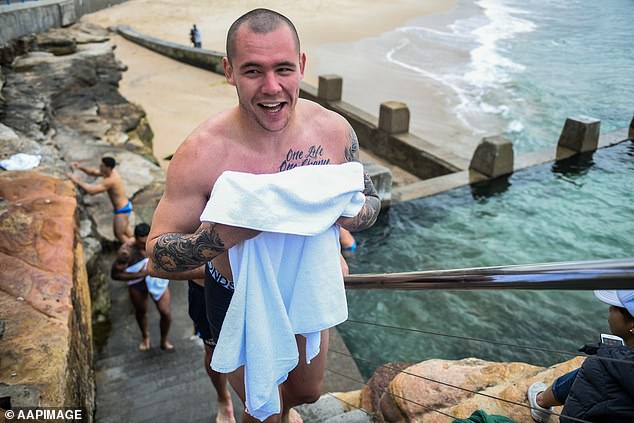 Media reports have suggested Klemmer, who is based in Sydney, wishes to switch to the Newcastle-based knights team to put some distance between him and his family.

However, the reports prompted an angry email from Klemmer’s father, the Sydney Morning Herald reported.

In the note, Helmut Klemmer insisted the family feud was not the reason for his son’s desire to switch teams, and denied his son had a difficult upbringing.

‘There are always two sides to a story so before you and your media colleagues make out David has had some sort of unfortunate childhood/family life get your facts right.

‘Most of, if not all, his angst has been brought on by his own actions,’ the email read.

Mr Helmut Klemmer revealed to Mr Weidler in a phone call he and his family have not spoken to the 24-year-old.

‘The truth is that we have not spoken to him for years. Every time that we try and make peace with him there is a disconnection.’

Klemmer is reportedly close to signing a deal with the Knights for 2019 after reportedly being offered a $4.6 million deal over four years, News Corp Australia has reported.

The Australia Test prop is yet to comment on his rumored exit from the Bulldogs, where he has two more years remaining on his current contract. 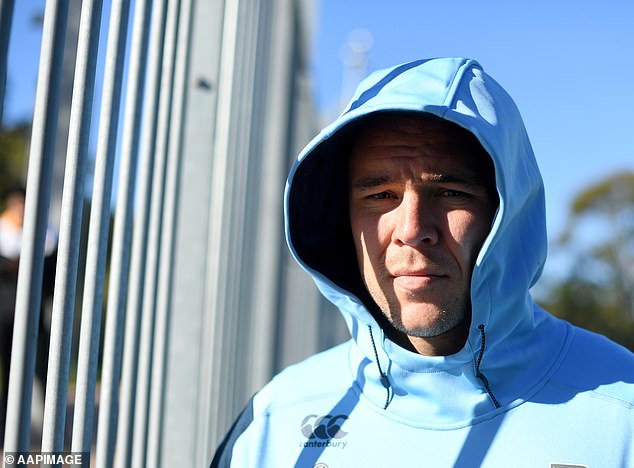 News Corp Australia has reported Klemmer (pictured) was offered a $4.6 million deal over four years to join the Knights, beginning next season