Brendan Fevola has been left stunned by a diehard Carlton fan who had a QR code tattooed on his leg as a tribute to him – and a bizarre reminder of one of his best games.

Damon Mule had the code inked onto his left calf in early May, and once scanned it brings up a YouTube video of Fevola kicking eight goals for Carlton in their stunning comeback win over Essendon in round three, 2007.

‘I watch this game very couple of weeks, it is a real highlight,’ Mule said.

He tweeted a video of a friend scanning the tattoo on his phone and bringing up a video from the Carlton Football Club’s YouTube account, titled ‘From the Vault – Fev’s Clinic’.

Blues diehard Damon Mule’s tattoo has amazed Brendan Fevola. Scanning the QR code on Mule’s leg brings up a highlights video of one of the Carlton great’s best games 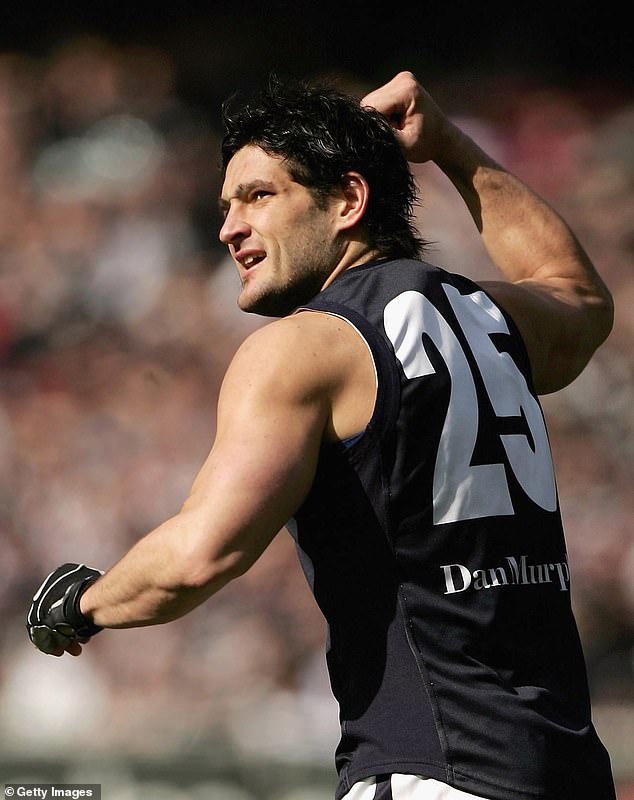 Fevola (pictured) kicked eight goals in roughly two quarters of football in the game Mule has had immortalised on his leg. AFL coach turned commentator Robert Walls called it one of the ‘best halves of football ever played by a forward’

The match is remembered as one of Fevola’s best for the Blues, who were down by as much as 48 points before launching the biggest comeback in club history.

Fevola booted his eight majors in roughly two quarters, leading commentator and former AFL coach Robert Walls to call it one of the ‘best halves of football ever played by a forward’.

‘I am hoping one day that Fevola can sign underneath it and I will get his signature tattooed on me so it’s permanent,’ Mule said of his bizarre tatt.

The West Australian Blues tragic explained that his devotion to Fevola started when he first saw that 2003 clash at the age of 12.

When his favourite player was traded from Carlton to the Brisbane Lions in 2009 after his infamous drunken antics at the Brownlow Medal ceremony, Mule was shattered and said he ‘struggled at work’ as a result. 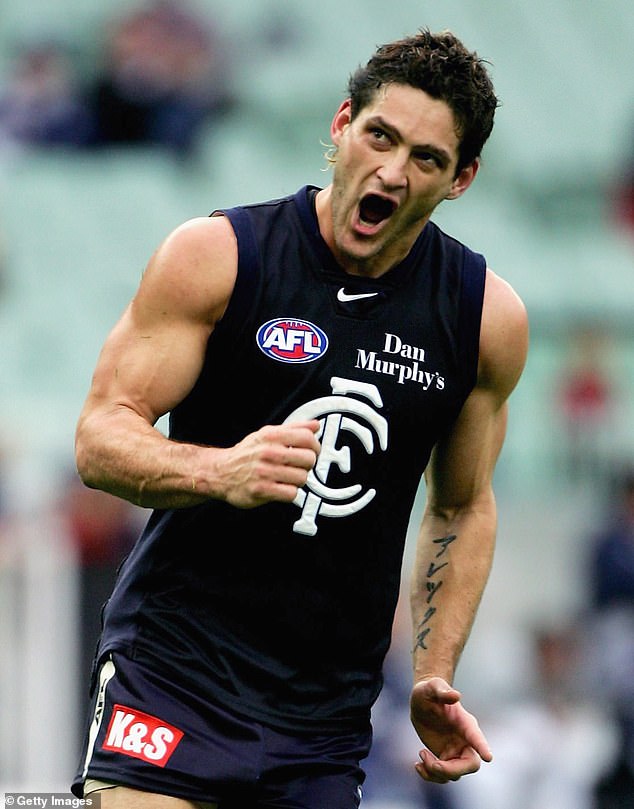 Seen here celebrating a goal in 2006, Fevola was known for being brilliant on the field – and a controversy magnet off it 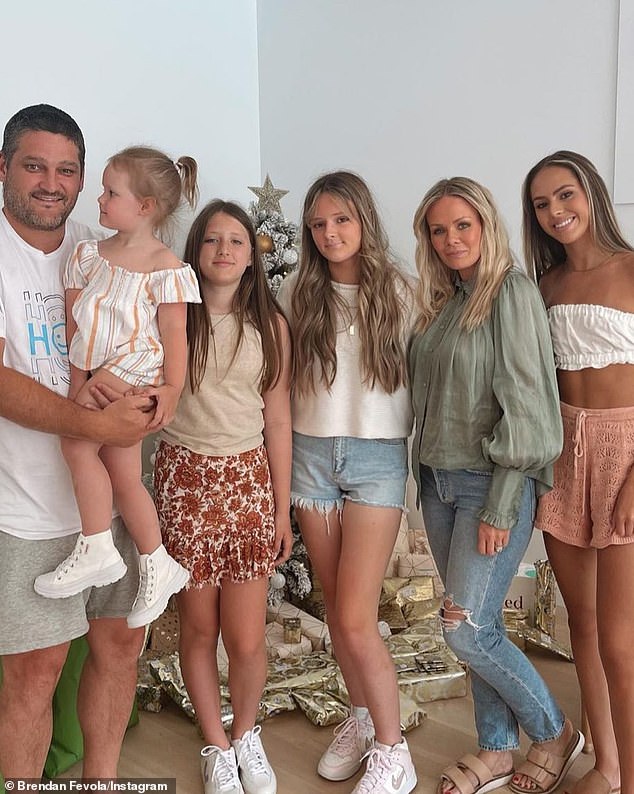 Since playing his last AFL game in 2010, Fevola (pictured with his daughters and longtime partner Alex) has become a radio personality

He wore the number 25 Blues jersey made famous by the legendary Alex Jesaulenko and was brilliant on the field and controversial off it during his playing career.

The 41-year-old was nicknamed ‘The Shag’ early in his playing days, sported dreadlocks, and was known as a bit of a wild man away from the game.