After a magnificent AFL career spanning two decades, Shaun Burgoyne doesn’t have many regrets in life.

Four premierships with Port Adelaide and Hawthorn, 407 professional games, a member of the All Australian team in 2006 and a proud Indigenous leader on and off the field – it’s quite a resume for the man nicknamed ‘Silk’.

But if the father-of-four could go back in time, he would have spoken out vocally against racism in society – which he first experienced as a child growing up in the South Australian fishing town of Port Lincoln.

Reflecting on his early years in his autobiography ‘Silk: Football, Family, Respect’ with sports journalist Martin Blake, Burgoyne said the experiences were difficult to comprehend.

‘Someone might call you “b**ng”, which was a nasty one, or “Ape”. It happened all the time when I was growing up,’ he recalled.

‘I wasn’t the only one, a lot of my cousins experienced the same thing.

‘Through talking to them and talking to your parents, you understand what it is and why people target you and see you as different because of your skin colour.’

Sadly, the racial taunts continued in Burgoyne’s teenage years – and he often responded with his fists.

He recalled how angry he used to get and that his approach to the taunts was to ‘just go “whack”.

‘I wouldn’t cop any abuse and my attitude was: hit first and ask questions later.

‘It was something that we had to get used to because it wasn’t going away,’ he said.

Burgoyne also revealed the guilt he still carries for not being more of an ally to his fellow Indigenous legend Adam Goodes, who paid a high price for his stand against the lingering bigotry in the sport from 2013 onwards.

The Sydney Swans star became disillusioned with the game he once loved when he started getting booed during games after he called out a teenage Collingwood supporter when she called him an ‘ape’ during a game in 2013. 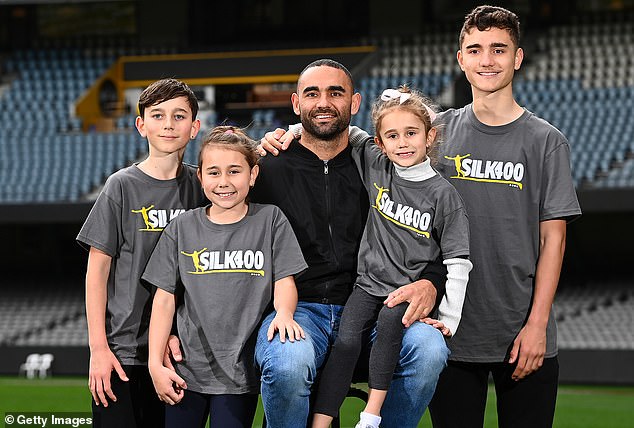 Shaun Burgoyne is a proud family man with his four kids (pictured ahead of his 400th career game with his children Percy, Leni, Nixie and Ky) 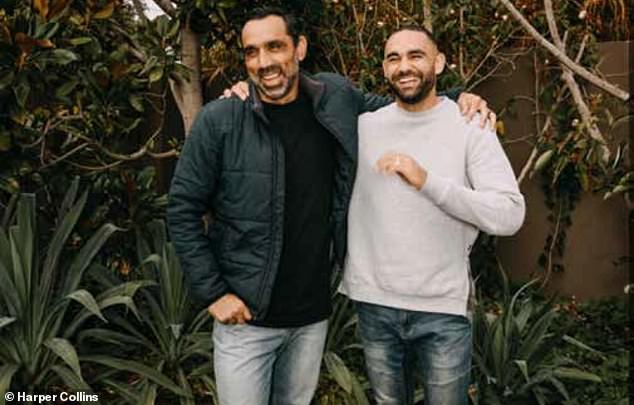 When fellow Indigenous athlete Adam Goodes (pictured left) was racially vilified from 2013 onwards, Burgoyne has stated he ‘should have stood beside him, not behind him’ in his autobiography

As the confronting scenario took its toll, Goodes took ‘indefinite leave’ during 2015  – before eventually returning to finish his last season with the Bloods as a widely respected figure pushing for change.

When Burgoyne reflects on what was a tumultuous time for the sport, the classy former utility feels he should have done more at the time to back his close friend.

‘We let him (Goodes) down,’ Burgoyne said.

‘He’s a very courageous man. He took a stand and we should all applaud people like that and stand beside them, not behind them.

‘As an industry we dropped the ball in supporting Adam straight away and I was part of that.’

Two-time premiership winner and dual Brownlow Medallist Goodes took his now famous stand because he felt it was vital to educate Australian society about why the racial jibe from the Magpies supporter was unacceptable.

Goodes later received apologies from then Collingwood president Eddie McGuire and the teenager – but some footy fans never forgave him for confronting the issue.

Darwin-born Burgoyne goes on to reveal that he felt the Port Adelaide dressing room was divided based on race at one stage.

Following the in-house politics, Burgoyne went on to be a voice of reason for Indigenous athletes, becoming a founding member of the AFL Players Association Indigenous Advisory Board a decade ago.

He also believes Australia Day on January 26 is an ‘appalling commemoration of Indigenous history’ and shouldn’t be widely celebrated.

Burgoyne is instead adamant the history of his people – the original inhabitants of the nation well before 1788 – needs to be told. 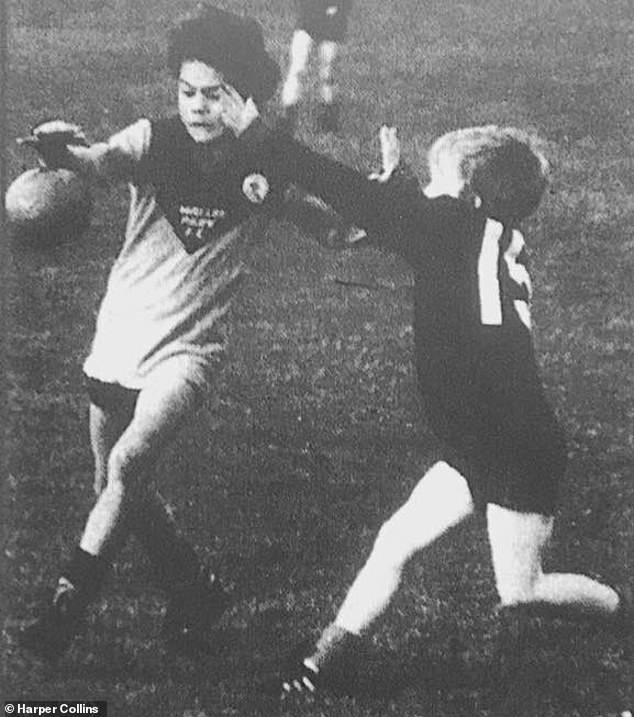 As a youngster growing up in South Australia, Shaun Burgoyne’s on-field talent (pictured left) was admired by many 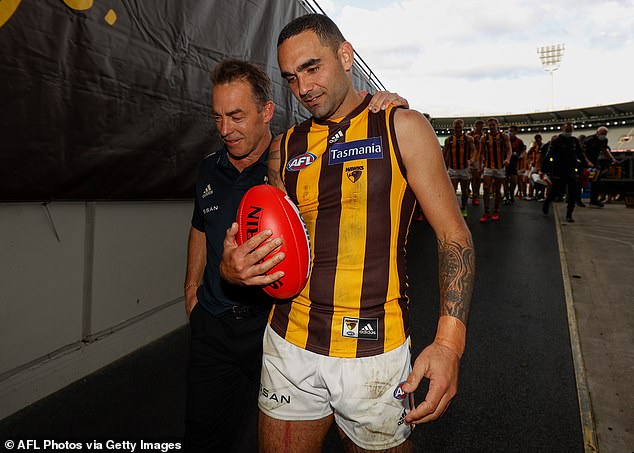 Burgoyne went on to have a remarkable career, with 407 career games (pictured with Hawthorn coach Alistair Clarkson) 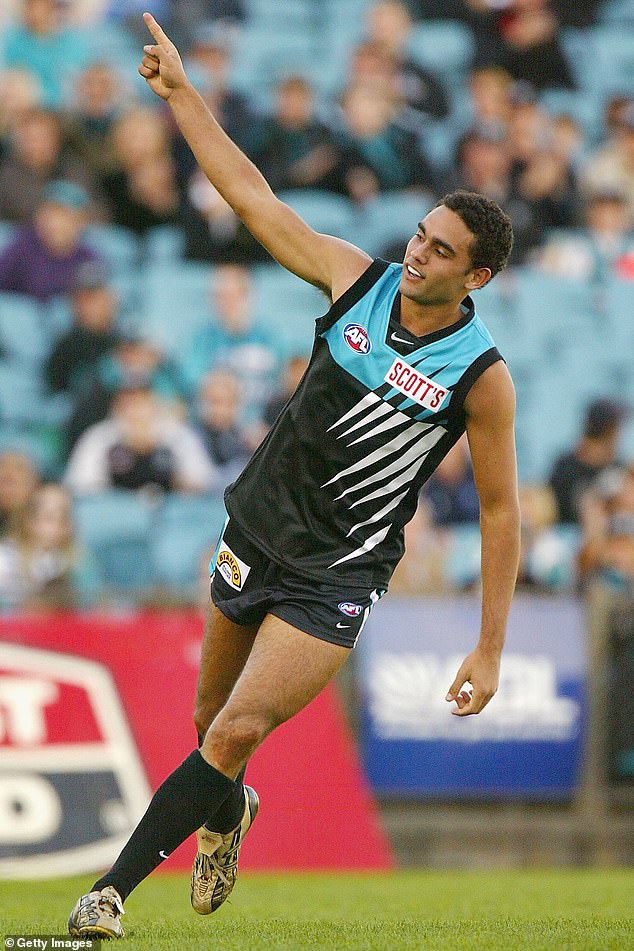 After he picked up in the 2000 national draft, Shaun Burgoyne won a premiership with Port Adelaide four years later

In his playing days and in recent years, Burgoyne explains when he visited schools he was often met by confused stares when quizzing students about the colours of the Aboriginal flag, or who Eddie Mabo was.

His primary life focus is closing the gap and creating better outcomes for Indigenous people.

Growing up in Port Lincoln, life was laidback for Burgoyne.

If he wasn’t throwing in a line himself or camping, he was playing cricket or chasing a Sherrin.

He met his wife Amy as a teenager and was drafted as an 18-year-old to the Power in late 2000. 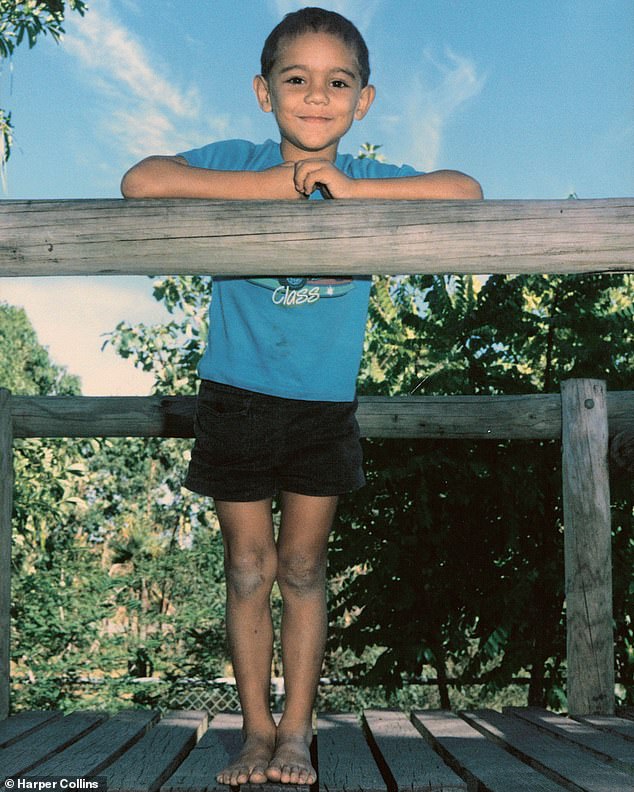 After he was born in Darwin, Burgoyne grew up in Port Lincoln in South Australia, where he encountered instances of racism in his formative years 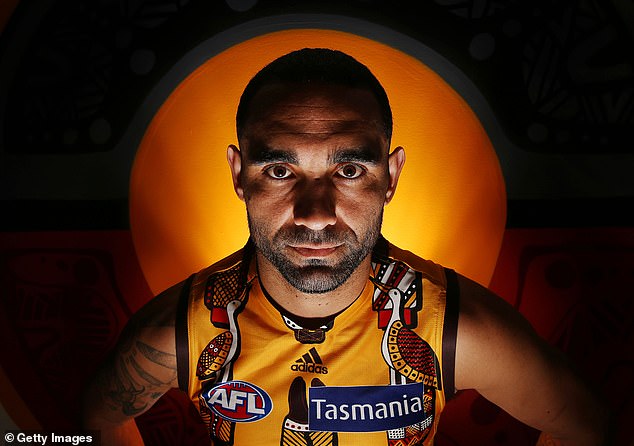 The proud Indigenous man stresses Australia as a society ‘can’t change the past, but working towards reconciliation should be a collective goal’ 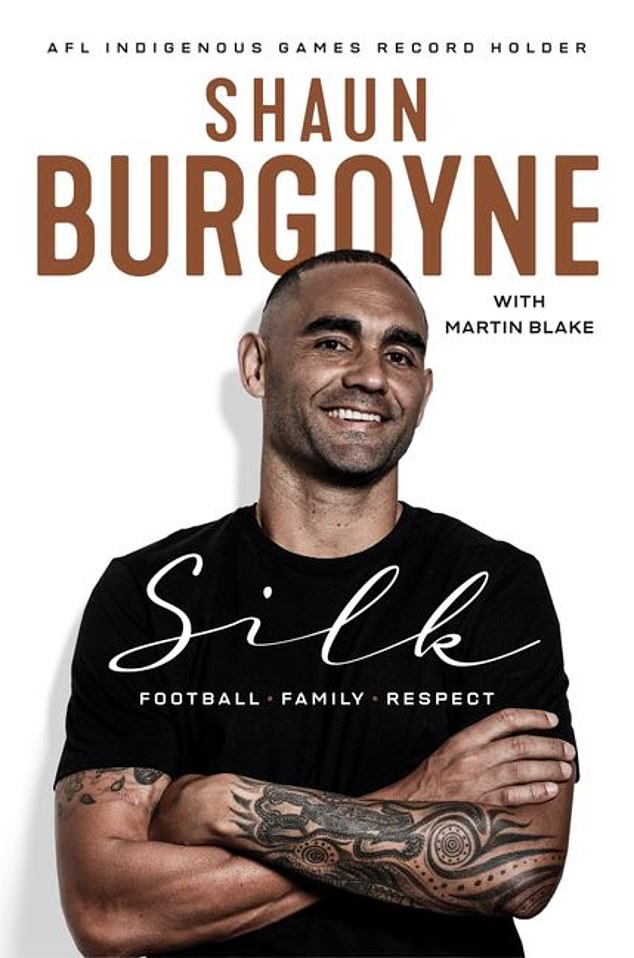 Shaun Burgoyne’s autobiography outlines his career achievements, life growing up in South Australia, how family orientated he is and his future goals

Burgoyne won a premiership at the MCG alongside his brother Peter with Port four years later.

After then moving to Melbourne to link up with Hawthorn in 2010, he won three consecutive flags from 2013-2015 in what was a golden era for the Hawks under Alistair Clarkson.

Now as he enjoys the next phase of his life after hanging up his boots this year, Burgoyne, who is the Indigenous record holder for career games in the AFL, wants to educate and acknowledge the past.

Or in his words, use his sporting profile to influence lives for the better.

‘We can’t change history but we must learn from it, and work towards reconciliation, to a position of mutual respect and understanding,’ he said.

‘In life, you should also  surround yourself with the right people – family, friends, teammates and mentors – who will inspire, support and guide you every step of the way.’