Two groups of men fought in front of shocked supporters during Collingwood’s victory over Western Bulldogs.

An injured football fan was pictured with blood all over his face yelling across the room at Etihad Stadium’s Medallion Club.

He was one of three men injured in the messy fight.

A violent brawl erupted between men in suits supporting two rival AFL football clubs in Melbourne. An injured man (pictured) was filmed yelling across the room with blood on his face

‘Three of the four victims sustained non-life-threatening injuries during the incident,’ police said in a statement.

Witness Nathan Hart Nine News he was ‘shocked’ to see people as old as his Dad fighting. 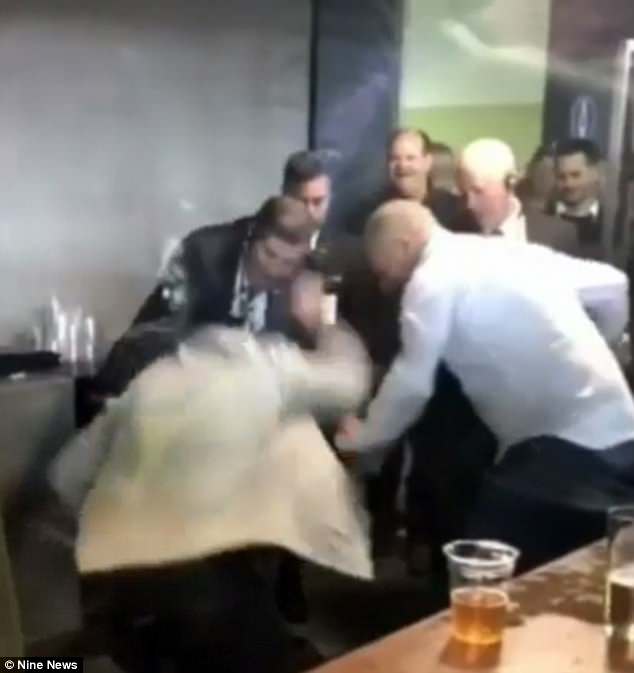 Two groups of men fought in front of shocked supporters during Collingwood’s victory over Western Bulldogs. Scenes from the fight are pictured

Another man Marcus described his horror at seeing glass being thrown everywhere and fights breaking out.

‘There was a guy on the ground, bloody, people were kicking him, fights everywhere, glasses been throwing.’

A 46-year-old man has been charged with allegedly intentionally and recklessly causing injury, affray, possessing cocaine and resisting police.

He will appear at the Melbourne Magistrates Court on September 10 2018.

An Etihad Stadium spokesperson said the behaviour would ‘not be tolerated’ and patrons involved in the brawl would be banned. 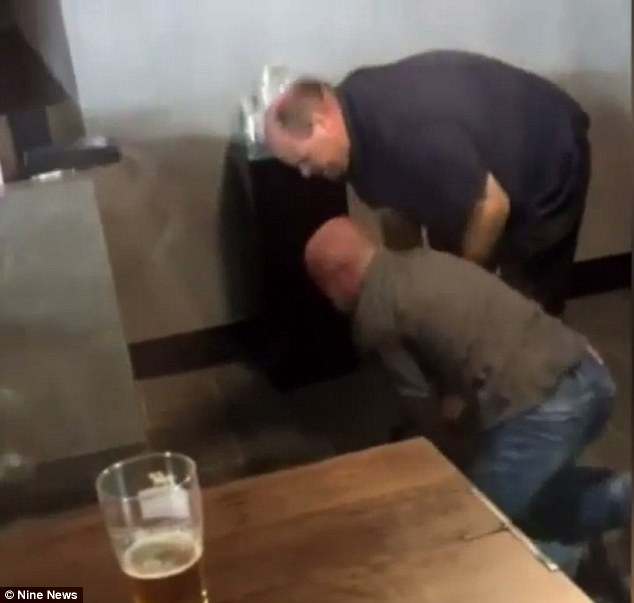 ‘We are working with Victoria Police to identify the patrons involved and enforce complete stadium bans on those individuals,’ a statement released to Daily Mail Australia said.

‘Patron safety is Etihad Stadium’s number one priority and we will not condone any behaviour that threatens the safety of others.’

The fight was the third to break out at an AFL stadium in one week. Collingwood and St Kilda fans were filmed in a brawl at the stadium Saturday.