The man who allegedly brutally kicked an opposition footy player in the head has been charged with assault.

Liam Tudor will face court over an assault occasioning bodily harm charge for his alleged attack on Josiah Dantel.

The 19-year-old is expected to face court on Ipswich Magistrates Court on September 15.

The incident occurred in an Aussie Rules match between the Redcliffe Tigers and Ipswich Eagles at Limestone Park in Queensland.

Mr Tudor was handed a 20-year suspension as a result of the attack. 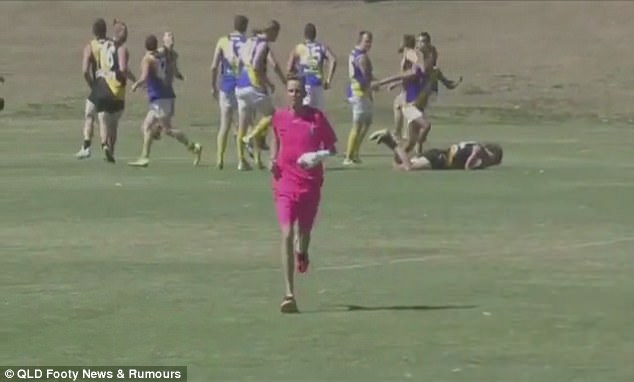 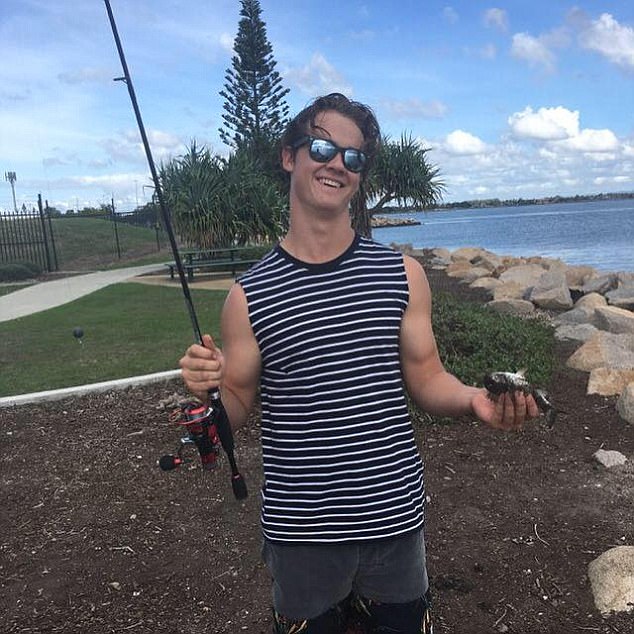 Pictured: Josiah Dantel was the victim of a brutal attack during a Queensland Aussie Rules match on the weekend

‘He’s not doing too well,’ a friend of Mr Dantel told the Courier Mail at the time.

‘He’s not playing this week which is a preliminary final. He’s had this week off work, with headaches and migraines.’

There appears to be pushing and shoving between the two teams leading up to the assault.

Mr Dantel is initially pushed to the ground by an Ipswich player. Police said this was not a criminal issue as it was within the rules of the game.

Mr Tudor then walks over to him lying on the ground and viciously kicks his head. 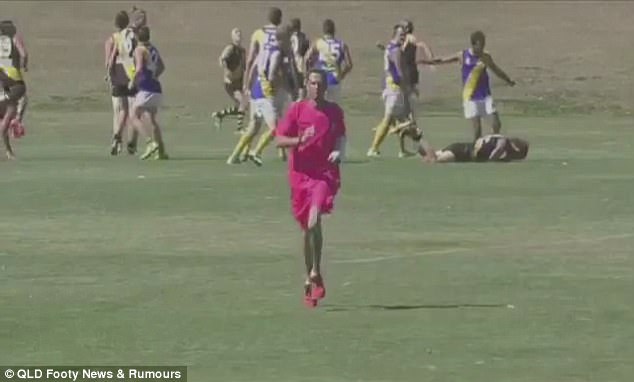 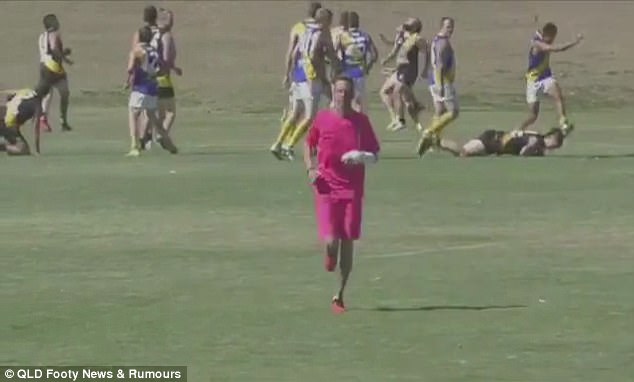 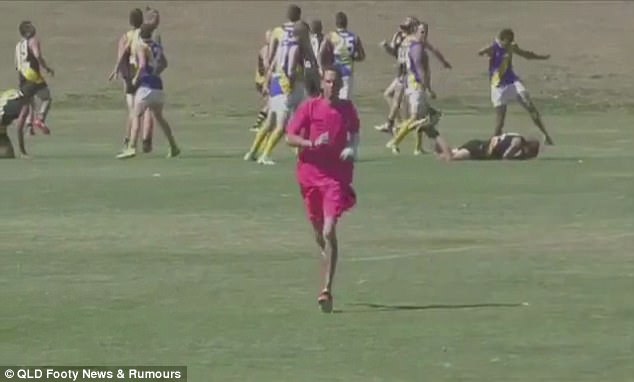 Mr Dantel lies motionless on the ground following the incident.

Teammates then run in to check on his health as he lays motionless. Players from opposing teams can be seen in discussions surrounding him.

A spokesman for AFL Queensland confirmed Mr Tudor had received a 20-year ban from the sport.

‘The reported player was immediately sent from the field under the red card system,’ the spokesman said.

‘The matter was heard by a three-member panel with a non-voting chairman. The reported player elected not to attend the hearing and provided a statement to the tribunal, in which he pleaded guilty and requested the matter be heard in his absence. The tribunal sustained the charge of kicking and handed down a 20-year ban.

A player who has played against Mr Tudor before told Daily Mail Australia he was ‘renowned for throwing a cheap shot behind play, especially unprovoked.’

‘Speaking with some of his team mates during the game and they all said he is known for it and they didn’t like it at all,’ the man, who chose to remain anonymous, told Daily Mail Australia.