Channel Nine star Erin Molan ‘faked’ a snowboarding accident on the slopes at Perisher ski resort, then posted video online which showed her being stretchered to safety as part of an elaborate Footy Show stunt.

Soon after last week’s staged accident, Molan, who was whisked off the slopes on a stretcher, posted about her ‘injuries’ to her 154,000 Instagram followers.

The dramatic video post was then picked up and run by media across Australia – before it mysteriously disappeared from Molan’s Instagram account after numerous inquiries about her welfare following the ‘accident’.

Daily Mail Australia can now reveal the ‘accident’ was a promotional stunt for Thursday night’s edition of the show.

Erin Molan, pictured here on a snow stretcher, ‘faked’ her recent injury at the Perisher Valley 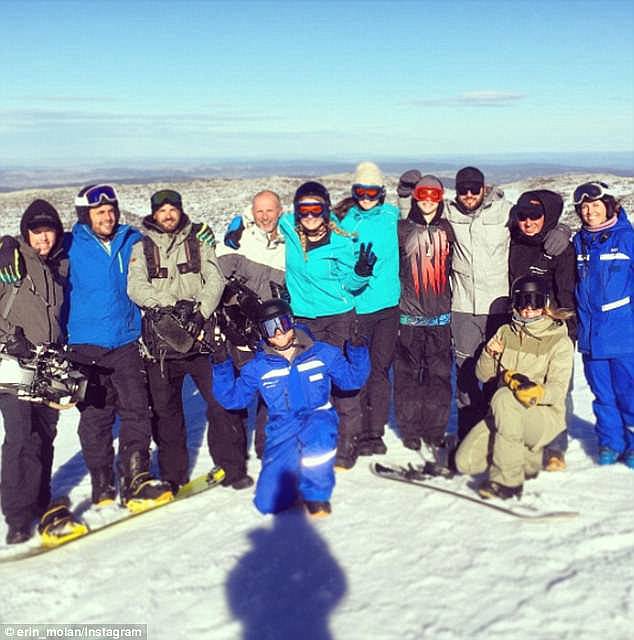 While Perisher were aware the stunt was part of TV segment, they did not expect Molan to post a video to her Instagram pretending that she was injured, sources close to the company claim.

The post came out one week before Molan could clarify on Thursday night’s Footy Show that she had not actually been injured.

Molan’s post read: ‘Confession… that was me (duhhhh) and this was me’, alongside a video of Molan lying on a stretcher and a video of her apparently being dragged to safety.

Molan has since removed the post. A Nine Network spokesperson declined to comment when asked about Molan faking her injury.

The segment is expected to air on Thursday on the NRL-themed show.

In the video, Erin is seen wearing her ski attire with her eyes closed in apparent pain.

Referencing her tailbone, hip and wrist, the blonde beauty hashtagged the post #gooooone.

Towards the end of the video, the popular host is seen lifting her head and waving at the camera, clearly still in good spirits. 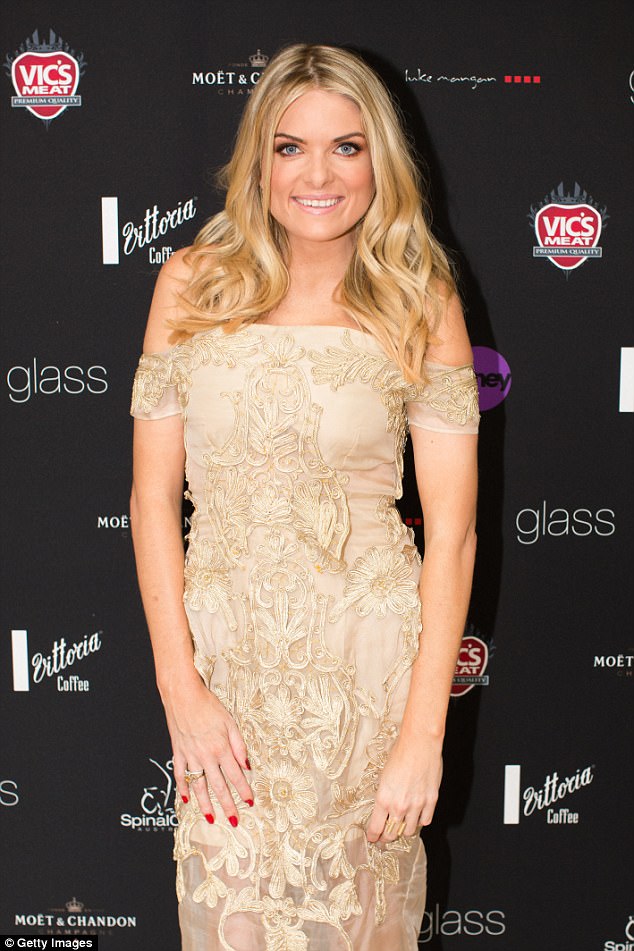 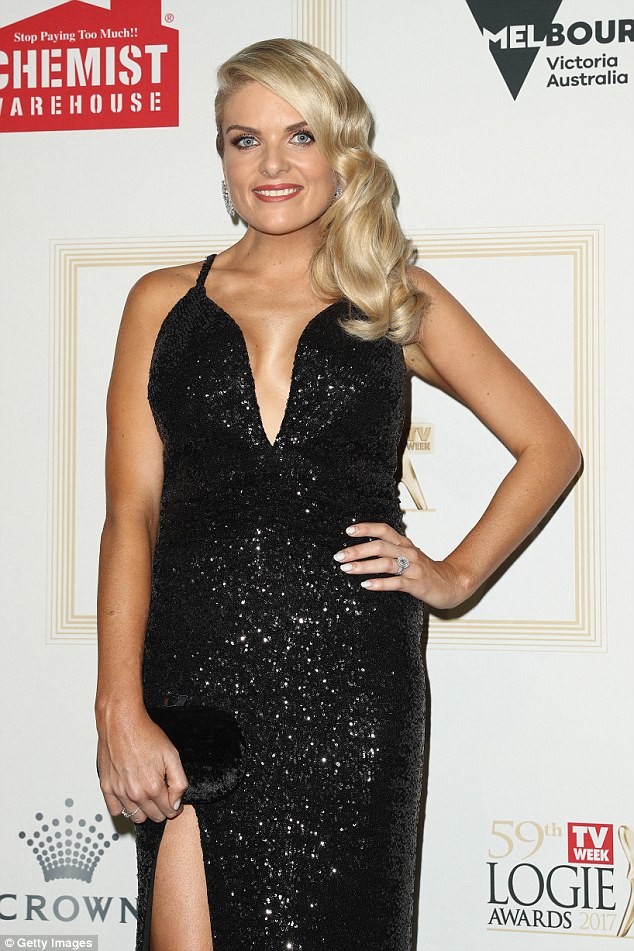 Referencing her tailbone, hip and and wrist, Molan hashtagged the post #gooooone in the video

A couple of hours after the incident she posted a picture of her crew and herself smiling happily in the snow.

Earlier, she uploaded images of doing ski jumps through the mountains.

Feeling pleased with her attempt, Erin captioned the post: ‘One 3 minute lesson with is all it took… a little shaky off the jumps but solid sesh for my first attempt’.

Last month Erin hit the headlines for another fall.

During the show, she accidentally fell off her chair and said the word ‘s**t’ live on-air. 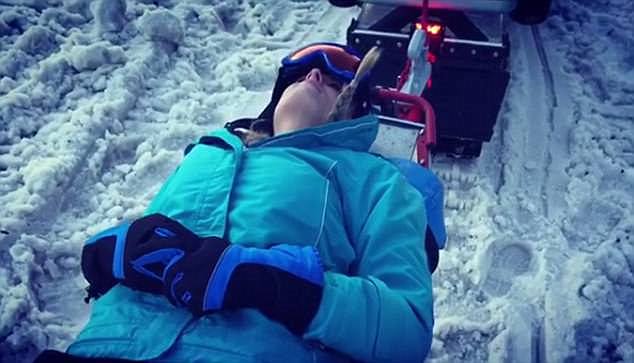 The Footy Show star appeared to look uncomfortable on the stretcher

But while most viewers found the gaffe hilarious, the angelic Erin was left mortified and feeling ‘horrendous’ for using a swear word on television.

The apologetic star rushed to social media once her live broadcast was over to issue an official apology to any fans she may have offended.

‘I unfortunately used a word that isn’t appropriate. I am so sorry for that,’ she wrote.

The straight-laced star continued: ‘It was a reflex reaction and Lord I feel awful.

Erin is a regular on Nine News and The Footy Show. 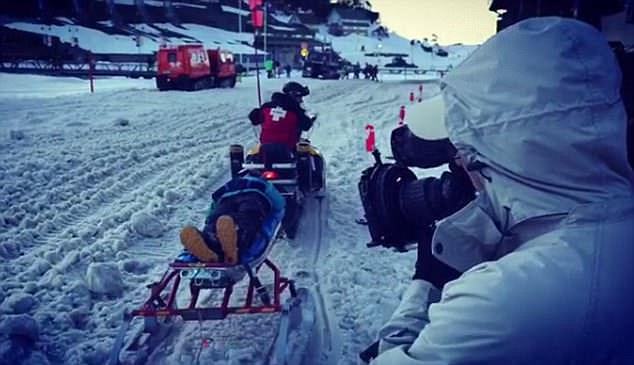 Molan’s post showed her being taken away by specialised medics