The Prince of Wales has described a new fish market as ‘a great achievement’ as he attended its official opening ceremony.

The state-of-the-art North Bay market building opened in June this year to accommodate the greater quantities of stocks being landed on the quayside at Peterhead in Aberdeenshire.

Charles, who is known as the Duke of Rothesay in Scotland, attended the ceremony on Saturday along with more than 500 invited guests. 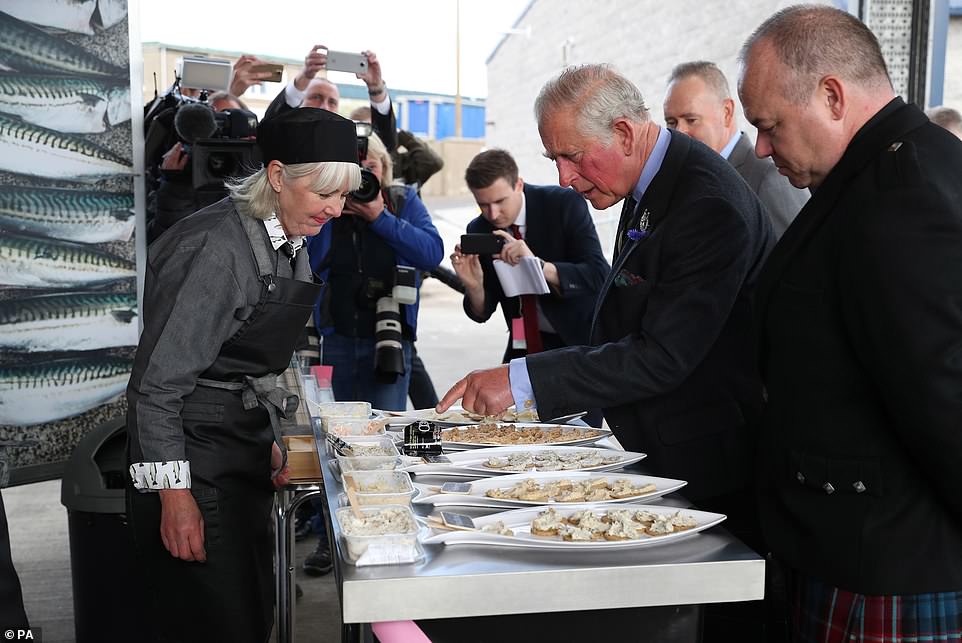 Feeling peckish? Charles views a seafood stall during his visit to the state-of-the-art market building 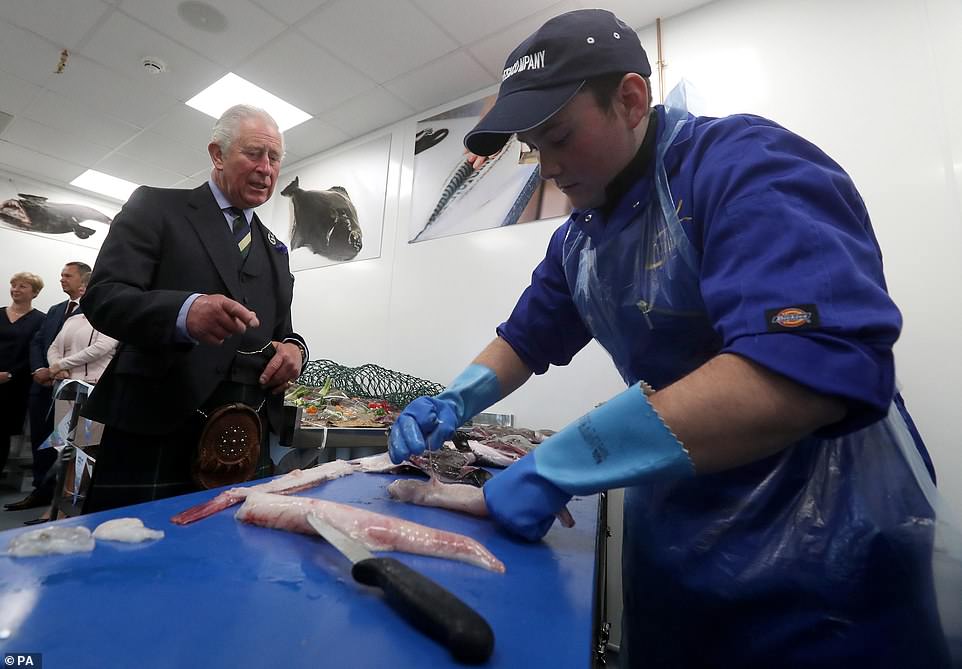 The Prince of Wales, known as the Duke of Rothesay whilst in Scotland, was shown a filleting demonstration by 18-year-old Conrad Jack (right) who is a fifth-generation fish filleter and the youngest working for Jack Fish Co. 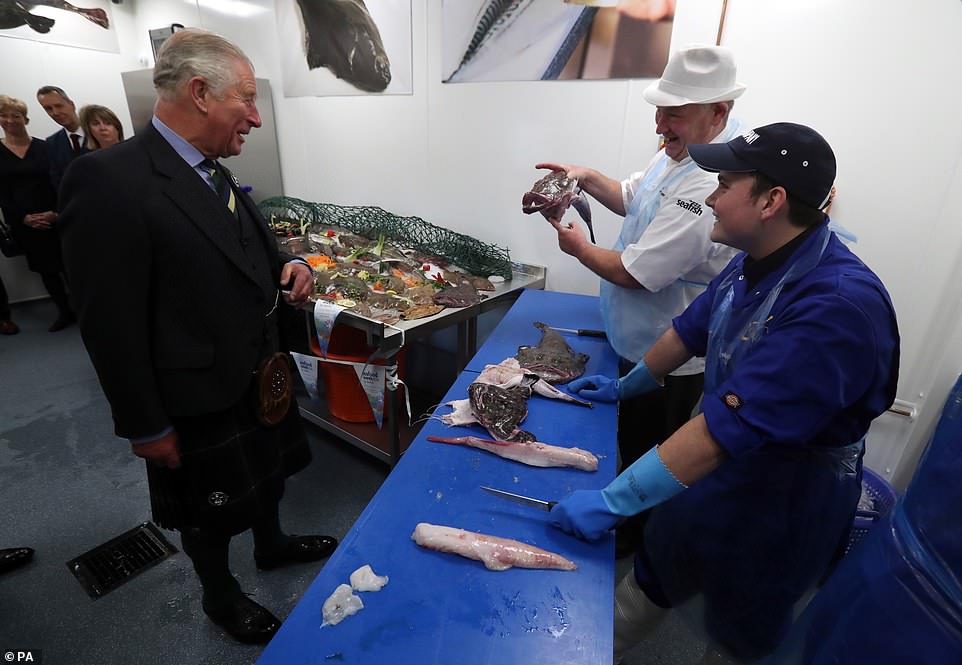 The prince said he was ‘very glad’ to be able to join everyone in the opening of ‘this very important new fish market facility’.

He added: ‘If I may just add my warmest congratulations to all those who played such an important part in building this new development, and above all in delivering it on time and on budget. That I think is a great achievement.

‘This new market I’m sure will make a huge difference to, not only the local economy here in Peterhead, but also more widely in this part of Scotland.’

The quayside is the UK’s largest white fish and pelagic port and it replaces the former market at Merchants Quay.

It is also part of Peterhead Port Authority’s £51 million project to redevelop the harbour.

The new market has a capacity of 10,000 boxes and the latest refrigeration technology which, combined with good access for boats on the quayside and articulated lorries on the shoreside, ensures that product quality is maintained as fish pass through. 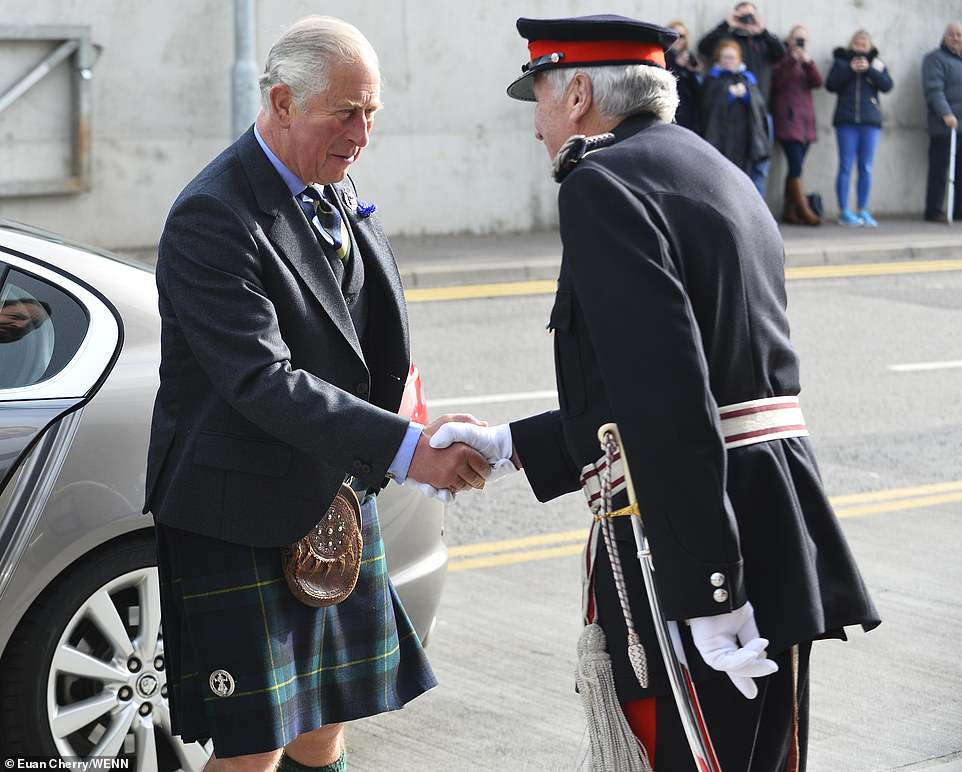 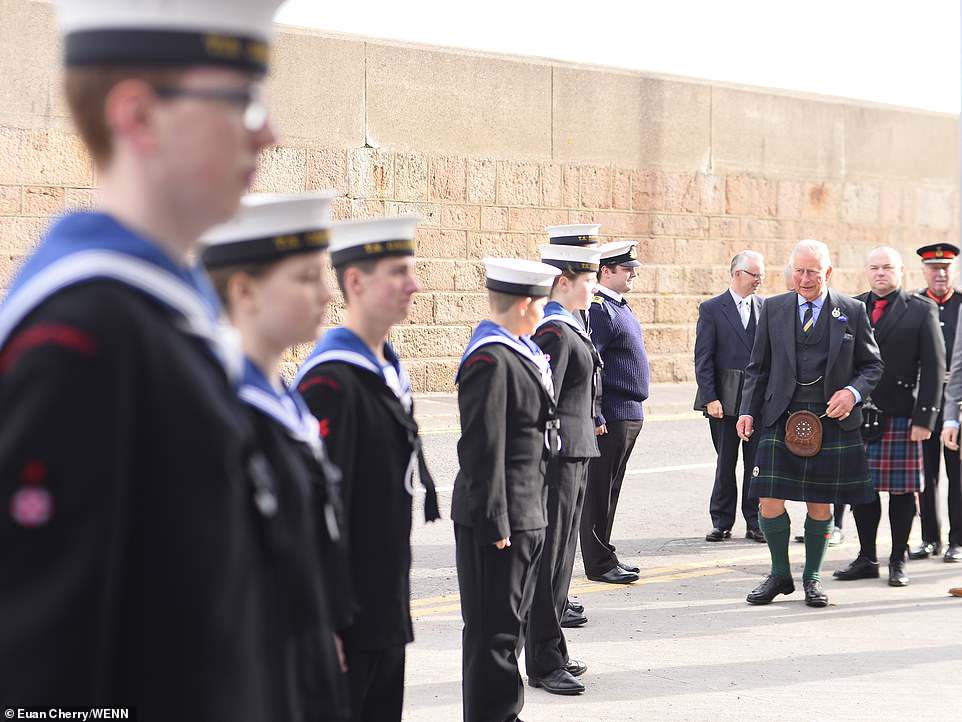 The prince attended the ceremony which hosted more than 500 guests in Peterhead, Aberdeenshire, Scotland 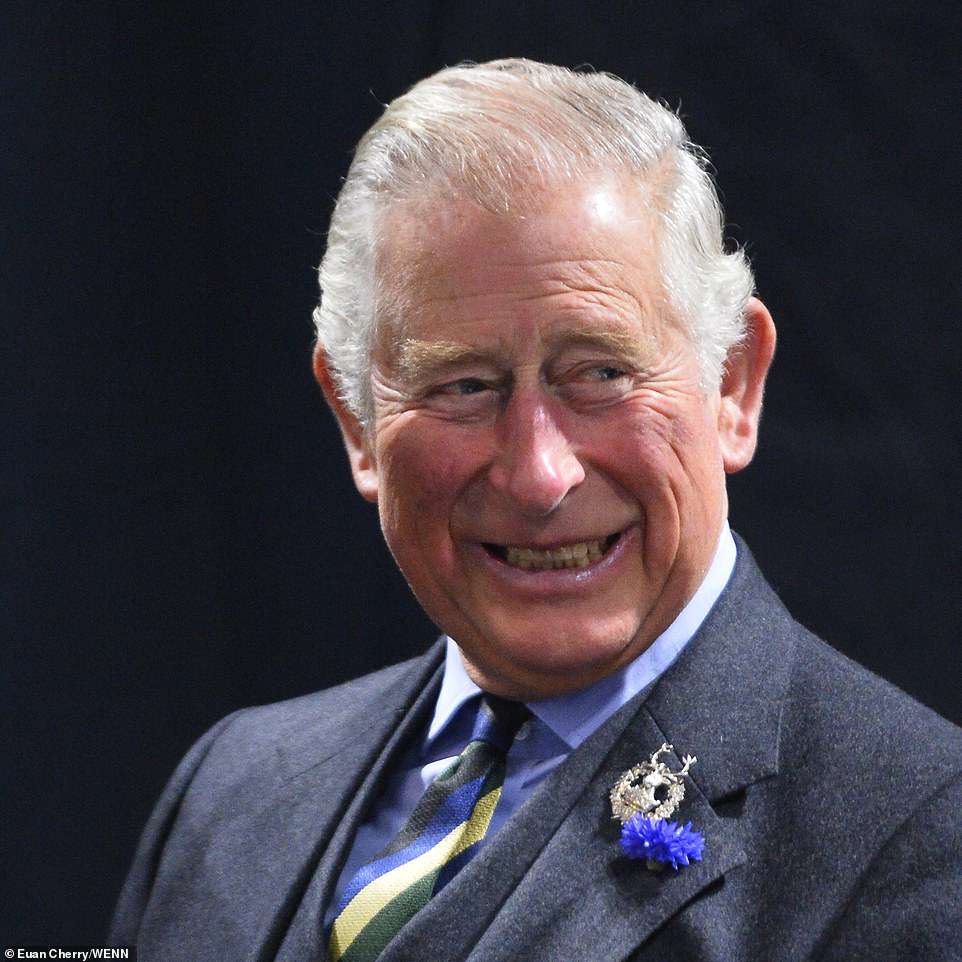 Whilst attending the event, Charles met with heritage groups in the area as well as local organisations during the visit

It also new has office space and a cafe.

The community were in full support of the event and entertainment at the celebration included that from local school pupils, Turriff Pipe Band and musicians Fiona Kennedy and Maggie Adamson.

Charles also viewed exhibition stands and met with contractors who worked on the project, fisheries organisations and heritage groups. 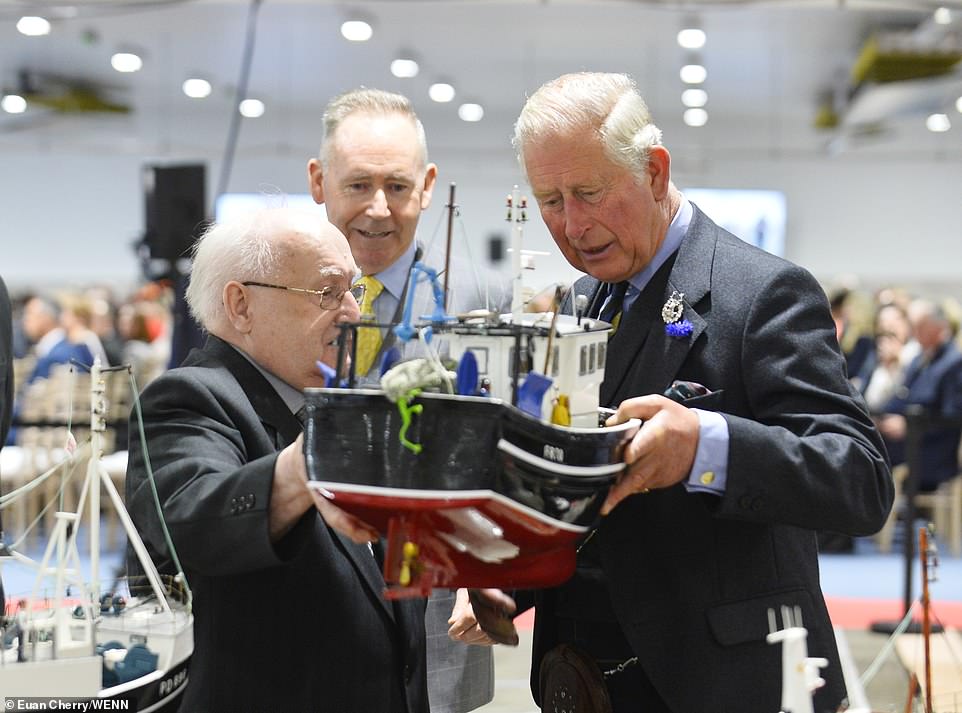 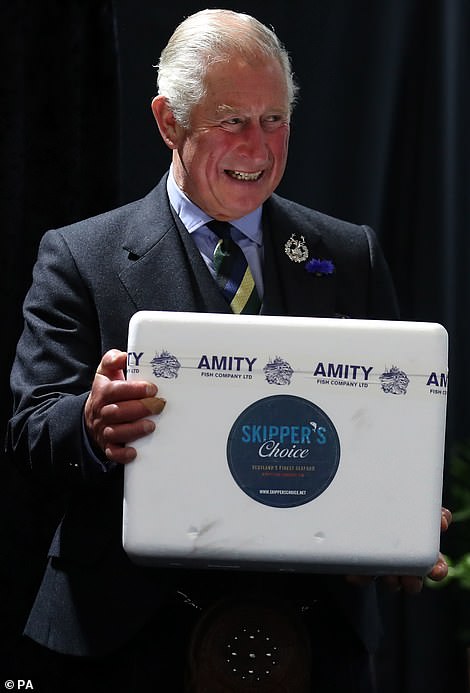 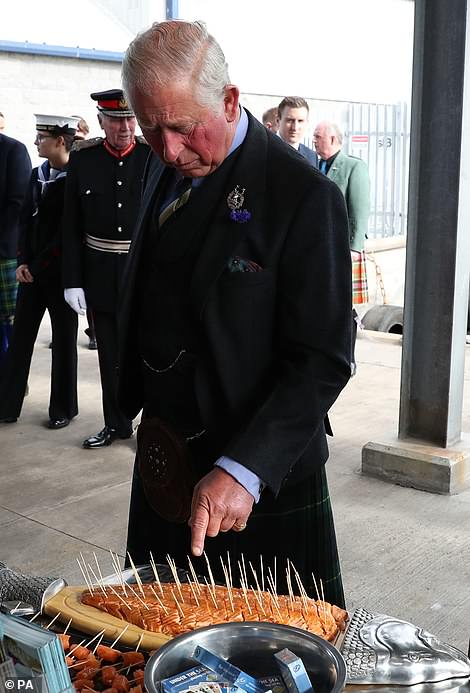 He also took a tour of fishing vessels moored at the quay.

Fisherman John Campbell, 30, from Peterhead, said he met the prince at the event and that ‘he was really nice’ and put him ‘at ease’.

‘He seemed like he was genuinely interested in talking to me and asking about the vessel and the job we do.’ 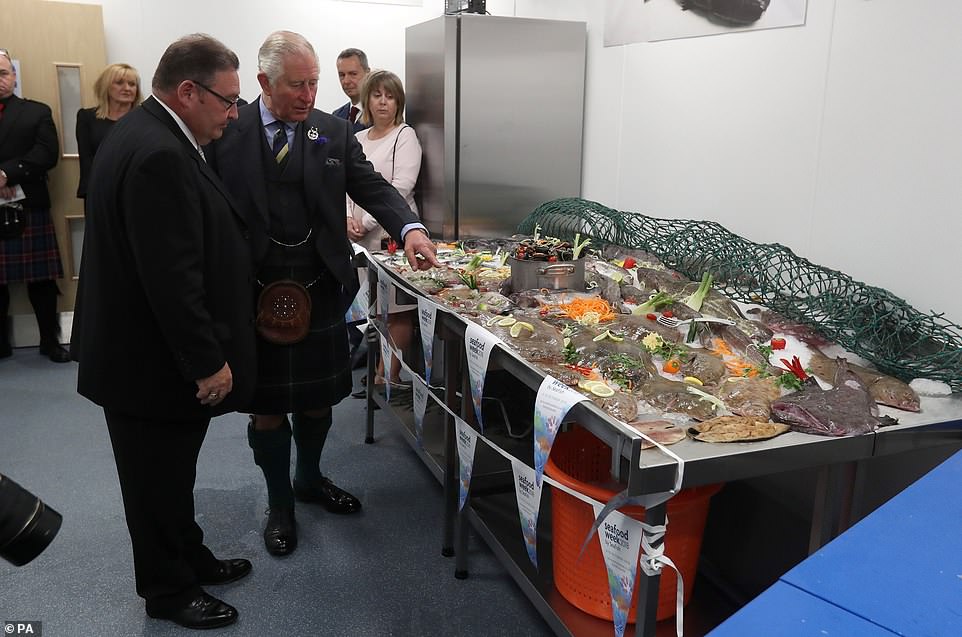 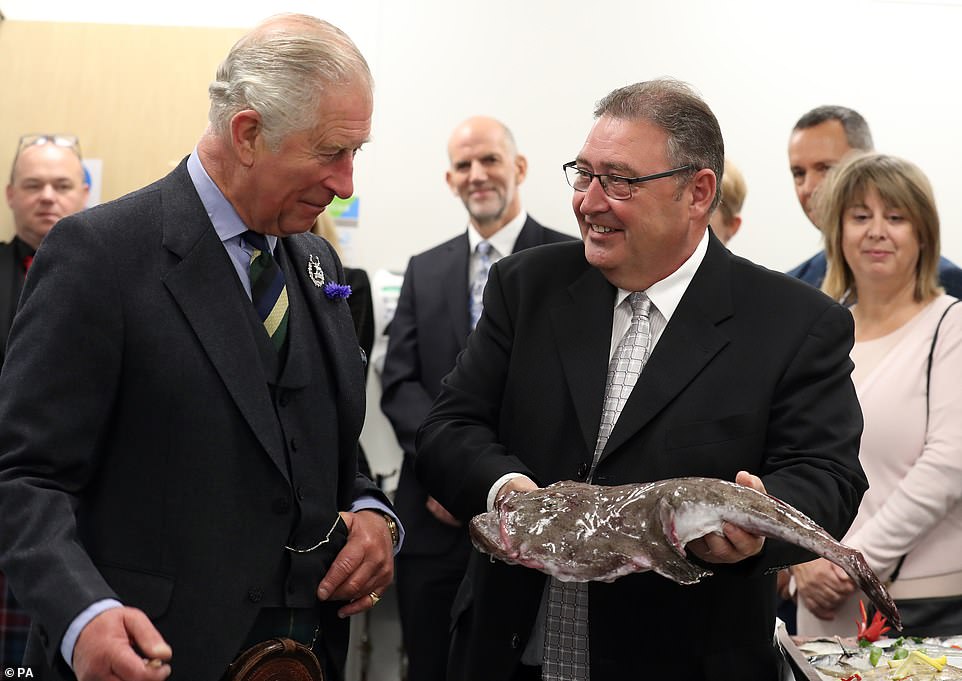 Fish and chips? Charles is shown a monk fish, just one of the many example of some of the catch sold at the market 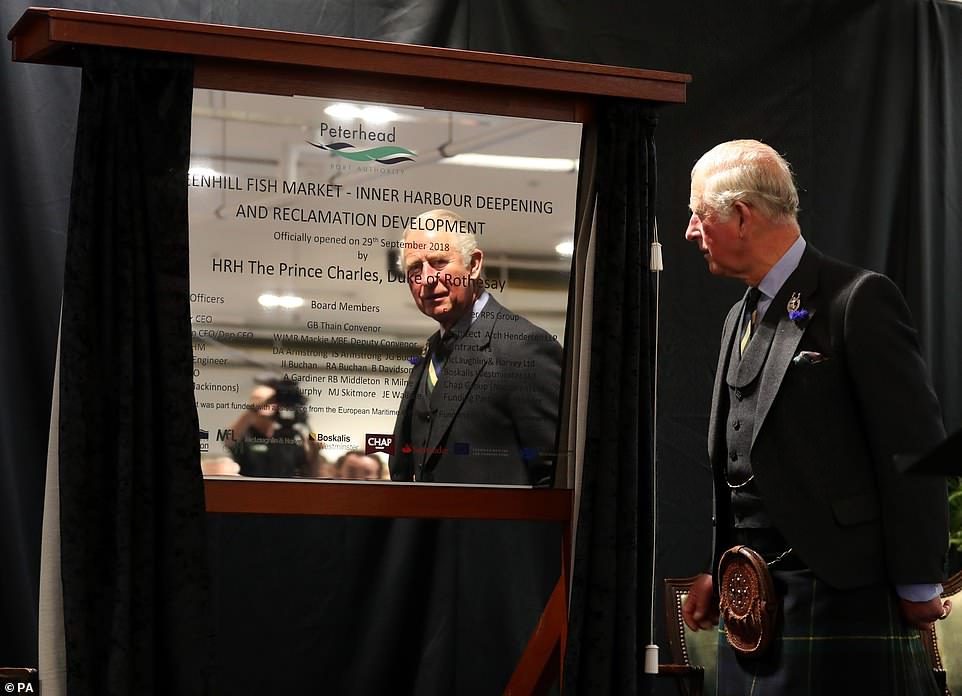 As part of the event Charles also unveiled a plaque, which stated that he officially opened the market on September 29