Jurgen Klopp is looking forward to a return to Germany after the Champions League last 16 draw set Liverpool up a clash with one of his old foes in Bayern Munich.

Reds boss Klopp managed Borussia Dortmund between 2008 and 2015, facing plenty of huge battles against Bayern, and he is now set to return to the Allianz.

Speaking after the draw took place in Nyom on Monday, Klopp told Liverpool’s website: ‘Difficult. Good draw. It was clear it would be difficult, they are obviously a top side. For me, it’s nice going to Germany. But it’s just the draw. 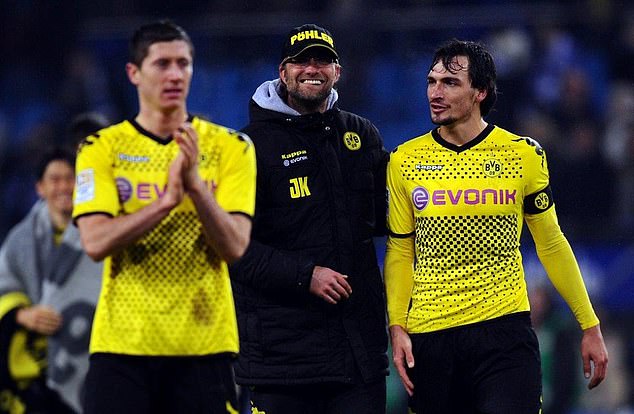 ‘So we have now time to prepare the game and hopefully we have all our players available then. We all know the stadium, the atmosphere will be great. It’s a really nice trip for all our supporters, it’s a wonderful city, so that’s all good.

‘The flight is not too long and we obviously know more about German football than about any other league.’

Klopp’s Liverpool have enjoyed a stunning start to the season and sit atop the Premier League table, one point ahead of champions Manchester City.

They finished two points behind PSG in their Champions League group, but will still be confident going into the two-legged tie in February. 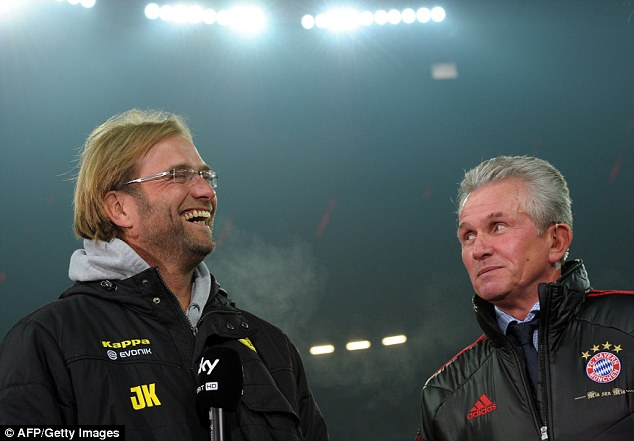 Klopp (left) had seven special years at Dortmund, with plenty of games at the Allianz Arena 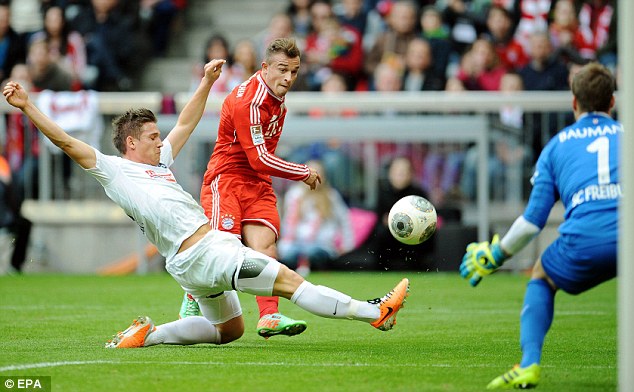 Xherdan Shaqiri is set to face his old side; he is pictured scoring against Freiburg in 2014

Lyon vs Barcelona (February 19 and March 13)

Liverpool vs Bayern (February 19 and March 13)

For some in the Liverpool camp, the match represents something far more sentimental than any other game this season.

Klopp name-checked three members of the group, all of whom have a history with the German champions.

Xherdan Shaqiri – Anfield’s hero against Manchester United on Sunday – played for the Bundesliga side between 2012 and 2015, while Head of Nutrition Mona Nemmer spent three years there working with Pep Guardiola.

Andreas Kornmayer, meanwhile, knows the Allianz Arena better than most. Liverpool’s Head of Fitness and Conditioning spent more than 15 years with Bayern, working under the likes of Louis van Gaal, Jupp Heynckes and Guardiola before leaving for Merseyside in 2016. 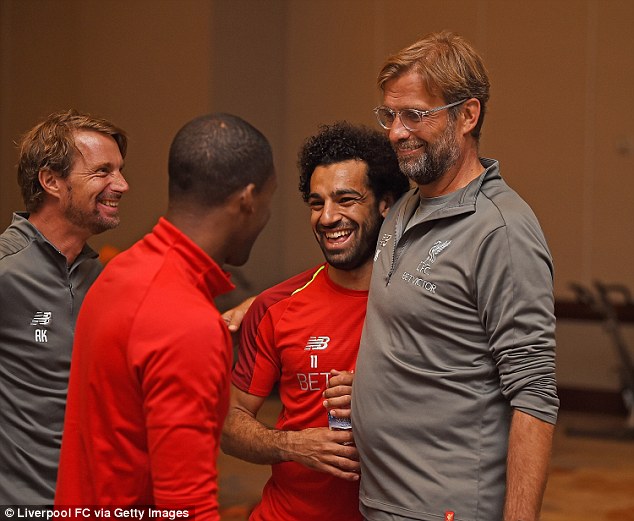 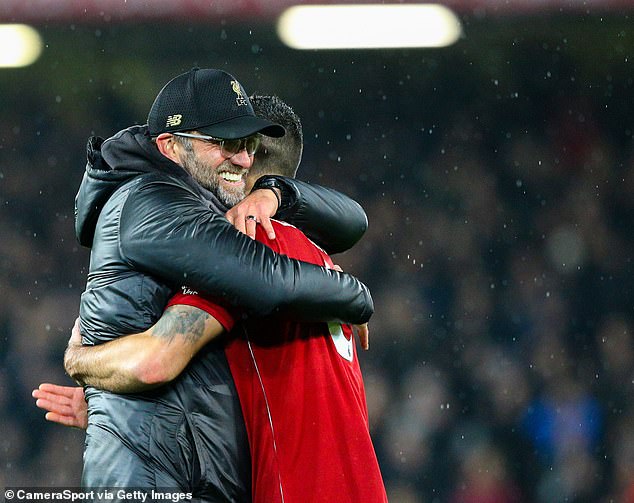 ‘It’s nice for Mona and Korny and Shaq,’ Klopp continued. ‘I will meet former players and it’s good.

‘But at the end it’s a football game on the highest level and we have to play it. It’s not that anybody thought “thank God it’s Liverpool”, so we don’t think “thank God it’s Bayern”.

‘It’s a tough one, but that’s how it should be. It’s the last 16 of the Champions League so there are only tough teams in and I’m really excited about it.’